Accessibility links
Gary Giddins: 101 Ways To Get Into 'Jazz' Attempting to make your way into jazz is never easy, but the jazz writer and cultural critic Gary Giddins has rendered it a bit more approachable. His new book, Jazz, is a new guide for novice listeners and longtime fans alike. Giddins picks five songs from his list of 101 entry-way jazz recordings. 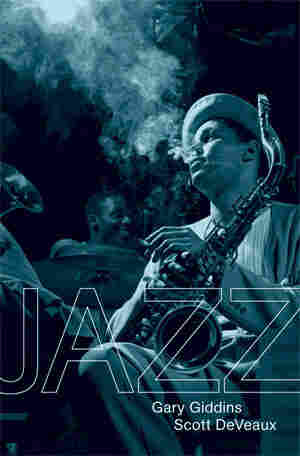 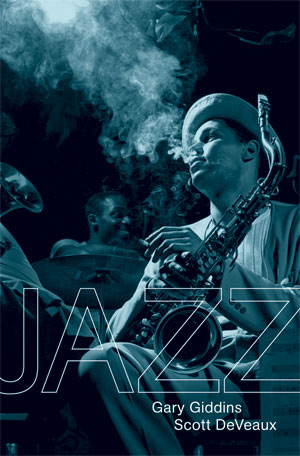 Gary Giddins and Scott DeVeaux's Jazz is a new guide for both novice listeners and longtime fans.

Attempting to make your way into jazz is never easy, but the jazz writer and cultural critic Gary Giddins has just made my favorite four-letter word a little more approachable. Jazz, by Giddins and scholar Scott DeVeaux, is a new guide for novice listeners and longtime fans alike. Beyond the descriptions and definitions of what jazz is, who its major players are, and how it came to be and adapt in relation to American history, Jazz provides readers with an opportunity to become active listeners. Landmark recordings are condensed into a play-by-play commentary, allowing anyone to follow along with genius on display.

I recently spoke with Gary Giddins about Jazz. At the end of our interview, I asked him to select five songs from the book's 101 selected jazz recordings. These collected works were never meant to be a "Best Of" list, only an alphabetized guide to some jazz records that warrant your listening with an empathetic ear. As Giddins acknowledges, hardly anyone likes every style of jazz; tastes change and hopefully expand over time. But as the book's sole epigram, from Sidney Bechet, states: "You got to be in the sun to feel the sun. It's that way with music, too."

So enjoy a little sunshine. Here are Giddins' selections and responses to each. (He technically picked six, but this Jimmy Lunceford track is not currently available commercially.) 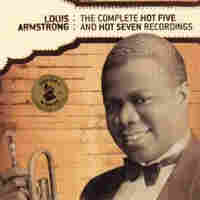 "This track changed my life forever. It opens with a celeste, and it's really corny. I was 15, and heard that and thought, 'Oh, God, this is sad.' Then, suddenly, the trumpet emerges, and with each measure, it gets more powerful. There's an absolutely breathtaking vocal and then the solo. When it was over, I was literally in tears. It has such complexity and generosity of emotion so that, in under three minutes, you really feel like you've been someplace. [Louis] Armstrong is taking a song that was written by Spencer Williams, and he transfigures it into almost a trumpet cadenza with rhythm. It's pure Armstrong. It's almost insignificant what the other musicians are doing around him, as long as they don't get in his way." 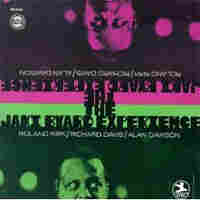 "Here's a record that gets lost in the shuffle. Jaki Byard is a great favorite of mine. I used to see him all the time when I was a kid, at the Village Gate — the Top of the Gate. He was so neglected, but he could play anything. He would play stride, swing, bop and free, as well as anybody was playing free. People thought there was something ironic or humorous about that, but he took it all serious. This record is just one of these sessions that they probably did in six hours in one day. There's a version of Eubie Blake's "Memories of You" this is just mesmerizing. You're just listening to two great instrumentalists [Byard and saxophonist Roland Kirk] showing what they can do, having the time of their lives, interacting and just playing everything they know on a ballad." 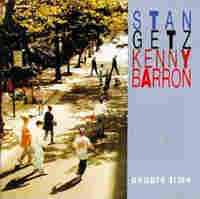 "I just spent weeks buried in this music. [Giddins wrote the liner notes for the upcoming 7-CD Complete People Time Recordings. --ed.] These were saxophonist Stan Getz's last recordings. Of course, he's the center here, but these are duets. I love Kenny Barron, but I don't think Kenny ever played better piano than he does here. When Stan falters, and you can feel the fatigue, Kenny's response is to just play more. What's fascinating is that Stan gets roused by this, and he comes back — God knows where he gets the energy — and he plays harder than ever. On Charlie Haden's tune, 'First Song,' you just really feel that Getz is facing his own mortality. It just sits well with Getz's timbre and approach, and Kenny is like a great fielder, cradling every note he plays. It's a performance of a lifetime." 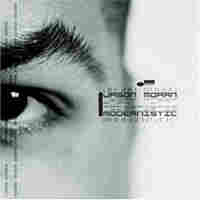 "This is one of the great solo piano records since Thelonious Monk. When Jason Moran did Modernistic, you realized that, in addition to all his incredible technique, he has both imagination and a rare intelligence that allows him to look in a lot of different directions. In this case, from Schumann to 'Body and Soul' to stride pianist James P. Johnson's 'You've Got to Be Modernistic' to Afrika Bambaataa's 'Planet Rock.' In each case, he does something that makes you hear it in a new way — for example, he doesn't play the bridge on 'Body and Soul.' That alone changes the tune. The more you listen to it, the more you admire his wit. It's a great place to begin your investigation of Jason Moran." 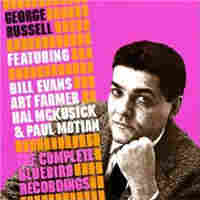 Concerto for Billy the Kid

"George Russell died from Alzheimer's this summer, which is tough to think about with a man of such genius. A lot of people ignored George because they thought he was too intellectual or too difficult. [Russell's Lydian Chromatic Concept theorized the relationship of chords and scales. --ed.] This is the first record he made under his own name, and it's the one that put pianist Bill Evans on the map. The ensemble is only six pieces, but it sounds a lot larger. The harmonic texture sounds like something you've never heard before. It's a different Bill Evans than most of us know. Here, he pounds the keys like he's Professor Longhair, like his fingers are pistons. George Russell basically gave him the chords of 'I'll Remember April' as a harmonic grid to improvise. If this 1956 record were made tomorrow, everybody would say how cutting-edge it is. It doesn't sound dated in any way."