Accessibility links
In New England, Hard Cider Stages A Comeback Apple growers in New England are looking to hard cider as a way to beat dropping prices and foreign competition. The fermented cider was the drink of choice for the nation's founding fathers. One New Hampshire orchard is out to turn the region into the Napa Valley of hard cider.

In New England, the tradition of making and drinking artisan cider goes back to the Founding Fathers.

Now, a New Hampshire apple grower is hoping to revive the American cider tradition and provide a lifeline to struggling farmers.

On a late fall day, the production floor at Poverty Lane Orchards in Lebanon, N.H., bustles. A half-dozen seasonal employees from Jamaica grind the apples, press the juice and add yeast. 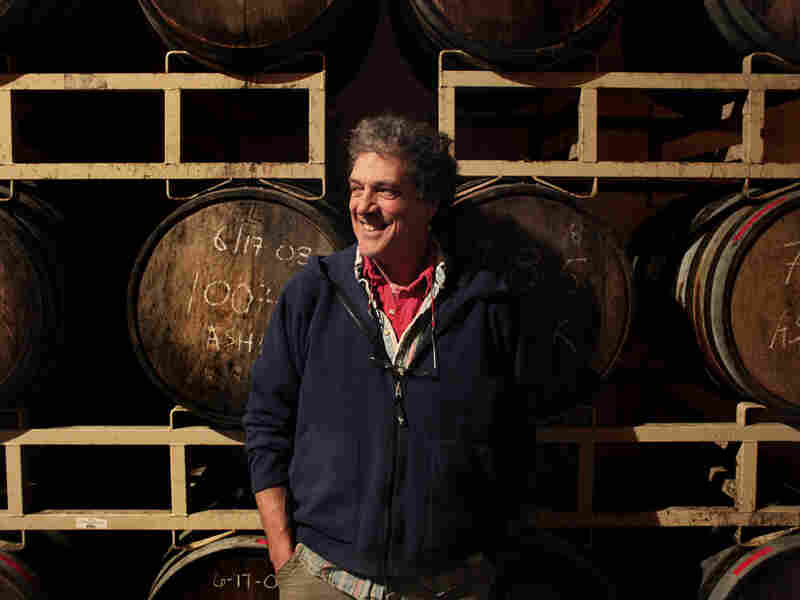 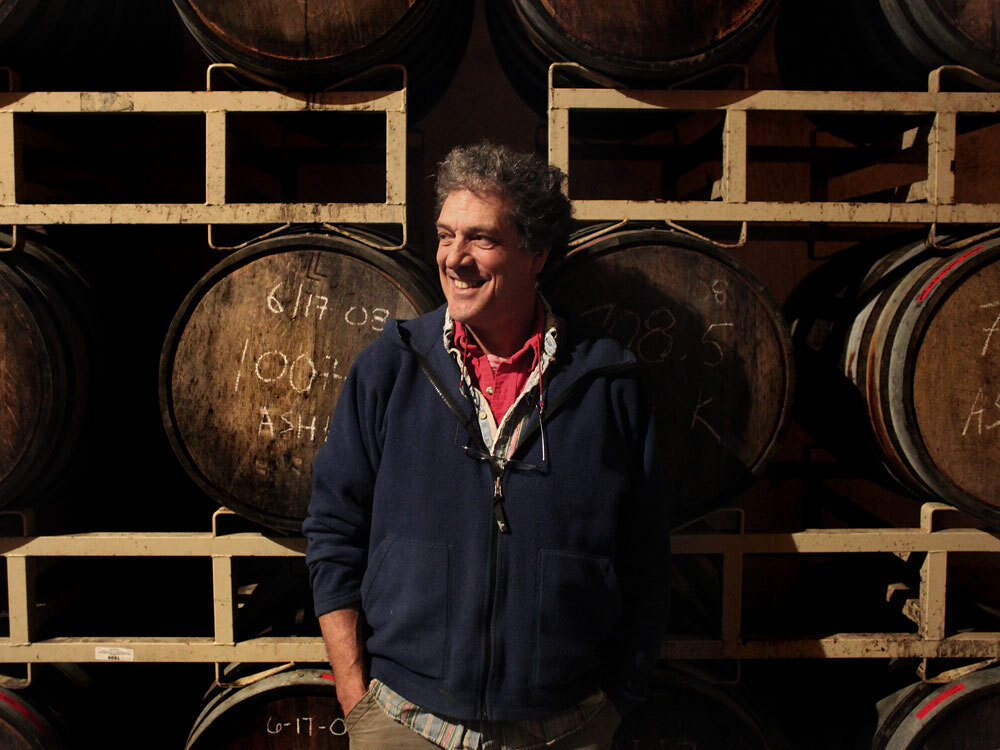 Steve Wood is the owner and manager of Poverty Lane Orchards and Farnum Hill Cider.

"You know, we were growing the same fruit and getting the same praise we had done before, but we weren't getting as much money, and it was clear we couldn't keep doing it," said Wood.

Many apple growers switched to other crops. In two decades, the acreage of apple trees in New Hampshire dropped by nearly half, to 2,100. So Wood hatched a plan: recruit other apple growers to resurrect New England's long-dormant hard cider tradition.

"Growers come here and I give them grafting wood," said Wood. "I give them whatever they want to help them get started. We don't play our cards very close to the breast. I'll tell anybody exactly what we do and how we do it."

Chuck Souther and his wife operate Apple Hill Farm in Concord, N.H. Souther decided about six years ago to take Wood's advice and convert two acres of his land to growing cider apples, "which was a little bit of a leap of faith," Souther said.

"Almost all the other apples we grow, we can do various things with them. [But] these apples are inedible. They are high in tannin, high in acids — there's a strong retch factor. When you eat one I liken it to biting into a fresh cranberry."

Getting The Word Out

Souther hopes to be federally licensed to sell fine cider by the end of the winter. But Wood says other growers won't be able to make that leap. "They can't do it because they are so financially strapped that they can't raise the capital to replant once again," said Wood. 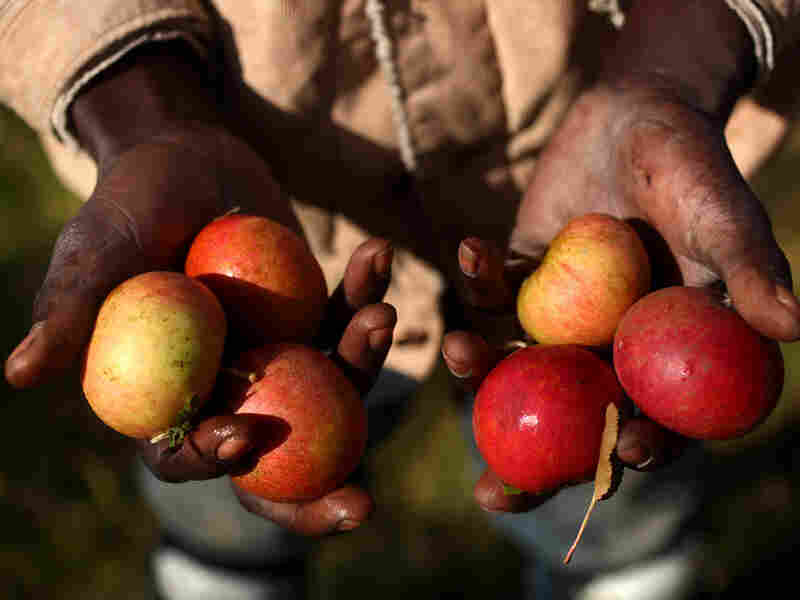 Fitz Campbell holds the apples that they use at Farnum Hill specifically for the cider that's made there. Campbell says these apples are the best ones for the cider. Scott McIntyre for NPR hide caption 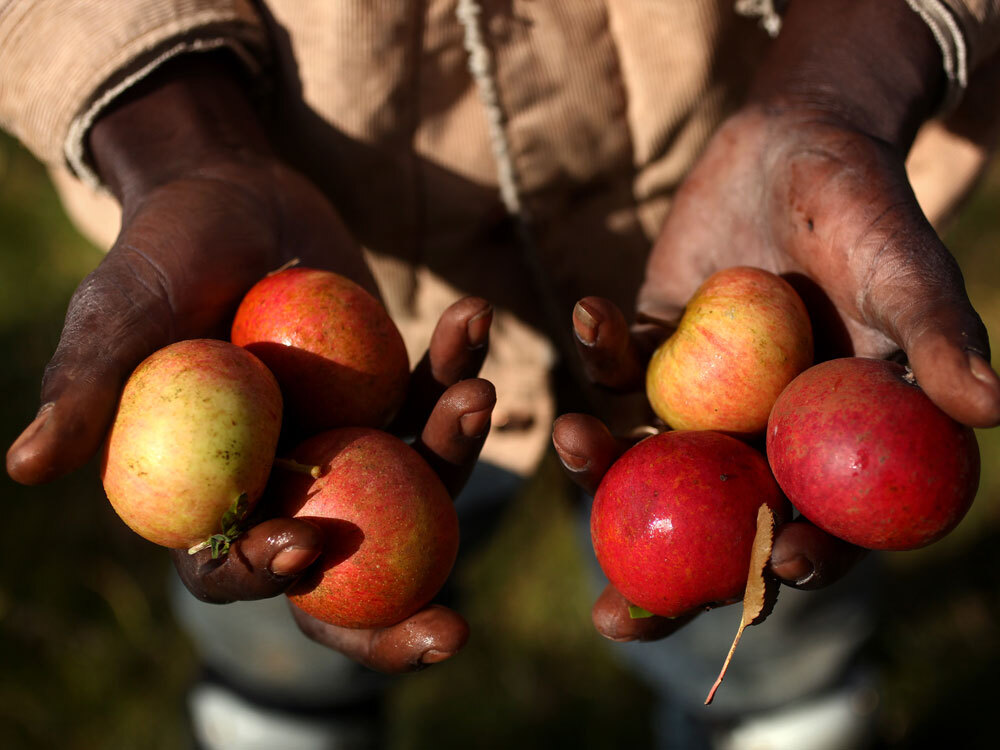 Fitz Campbell holds the apples that they use at Farnum Hill specifically for the cider that's made there. Campbell says these apples are the best ones for the cider.

Wood's label is called Farnum Hill Ciders. It's received favorable reviews in The New York Times and Wine Enthusiast. But distributors are skeptical about the demand for fine cider. Some retailers are placing his bottles on the bottom shelves, alongside cheap wines.

That's why Wood sends employees to hold tastings at grocery stores, like the Cracker Barrel market in Hopkinton, N.H. Carl Goodman ventured a taste at that Cracker Barrel, and gave some feedback:

Despite the long odds, Wood envisions New England becoming the Napa Valley of fine cider production. It wouldn't be unprecedented. It was the drink of choice of American colonists, and John Adams was said to consume a tankard a day. In that sense, Wood is like a modern-day Johnny Appleseed. Who, by the way, also planted cider apple trees.