The country's spiraling unemployment rate is taking a particular toll on men as the recession continues to roil male-dominated industries, such as manufacturing and construction.

This "he-cession," as it's sometimes called, has hit African-American men especially hard, increasing their unemployment rate to more than 17 percent last month.

One of those unemployed black men searching for work is Randolph Smith. When Smith, 53, is working, he manages logistics, inventory and supplies for large companies. He's been trying to find that type of work since he was laid off a year ago — but so far, he's had no success.

Playing racquetball has been a lifesaver for Smith. He meets friends at a local health club about three or four times a week.

"Just to be able to come somewhere that's affordable for me, not far from home, to be around some good friends where there's camaraderie. To exercise and get the stress off my life."

It's a stress that hundreds of thousands of black men face. The latest figures from the Bureau of Labor Statistics show that African-American men over the age of 20 lead the country's jobless surge with an unemployment rate of 17.1 percent. These days, Smith's job is to look for work.

Smith lives in Richton Park, Ill. — a solidly middle class suburb about 30 miles southwest of Chicago. He and his wife, Sabrina, raised their now-adult son here. They've converted a bedroom into a home office with two desks, two computers and a file cabinet with plenty of Post-it notes attached. Sabrina is an administrative assistant at a local hospital, and is studying to be a nurse. This office is where Randolph conducts his job search.

"[I spend time] going through a lot of the search agents that have brought information or leads to me," he says. "Following with phone calls, just following up with any new connections that I can." 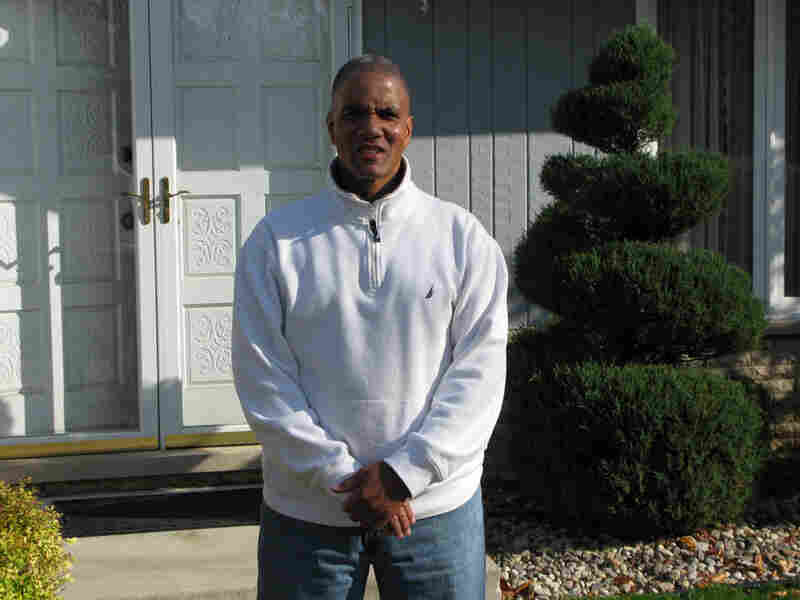 Randolph Smith, of Richton Park, Ill., has worked for years planning logistics and purchasing supplies for companies. He was laid off a year ago when the company downsized his unit. He's one of many Black men hit especially hard by unemployment. Cheryl Corley for NPR hide caption 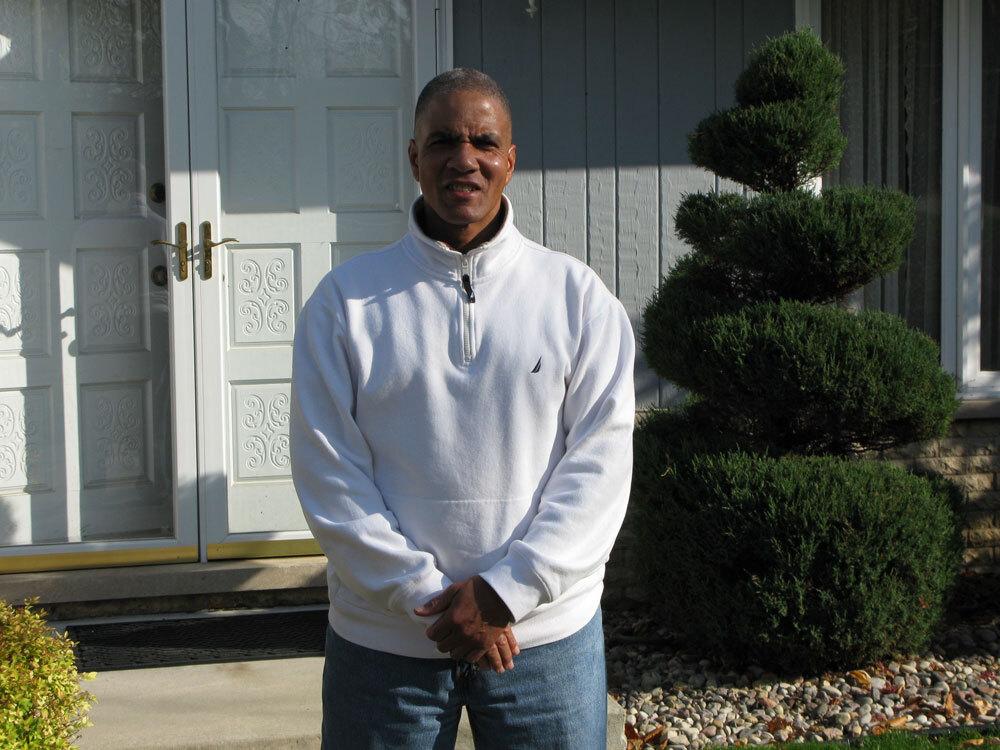 Randolph Smith, of Richton Park, Ill., has worked for years planning logistics and purchasing supplies for companies. He was laid off a year ago when the company downsized his unit. He's one of many Black men hit especially hard by unemployment.

The Smiths cut back on vacations and don't go out much. And like any good inventory manager, Smith says he uses a spreadsheet for their grocery shopping.

"We know how to stretch a meal out, and we know how to eat rice and beans and make that last for a couple of days," he says. "So we're doing all the right things I think we need to do to keep things going and keep our costs down."

When Caterpillar Tractor Company started shedding jobs last year, Smith, a contract employee, was let go. It was not an unfamiliar situation. Throughout his career, just about every business Smith has worked for has closed, relocated or downsized. Typically, he's found another job quickly. Not so this time.

"I think I'm marketable, and it would usually be no problem finding some work with a temp agency — enough that would suffice," he says. "Since the beginning of the year, it's been dry."

Smith says they get by on his unemployment, his wife's part-time salary, and savings.

Smith used to attend workforce readiness classes run by the Chicago Urban League. Even though he's highly skilled and a college graduate, he started to worry after coming up short on several job interviews.

Portraits Of The Unemployed

"I wanted to make sure I was as polished as possible, and I just really had to get real with myself and say that I need some help here," he says.

Herman Brewer, the acting CEO of Chicago's Urban League, says plenty of men, regardless of race, have lost jobs during this recession. But he says black men continue to face many challenges that have traditionally led to their disproportionately high rates of unemployment. They include the decline of high-paying manufacturing jobs, high rates of incarceration, limited schooling and discrimination. So, Brewer says, the rise in unemployment is particularly tough on black men, "because many have had to overcome so much just to get where they were in a particular job."

And Brewer says many African-American men will personalize their job loss and withdraw socially. Smith admits some of his relationships have changed.

"I've had friends that have reached out and said, 'Hey, man, come on. I'll pay for a round of golf for you,' " says Smith. "Not that it's pride, but I just want to get through this myself."

Smith says his faith sustains him. He goes to church regularly. Once a week, he tutors children — and then there's the racquetball. Smith says that despite dismal job prospects, he knows he does have advantages. And he's hopeful he'll soon leave the ever-increasing ranks of African-American males who are unemployed.