Accessibility links
The Decade In Music: The Way We Listen Now For the past 10 years, the record industry has struggled to control how we listen to music. But the shift from CD to MP3 is just the latest iteration in the evolution of formats. The MP3 file has yanked music free from physical formats entirely, and the number of ways fans can experience music has exploded. 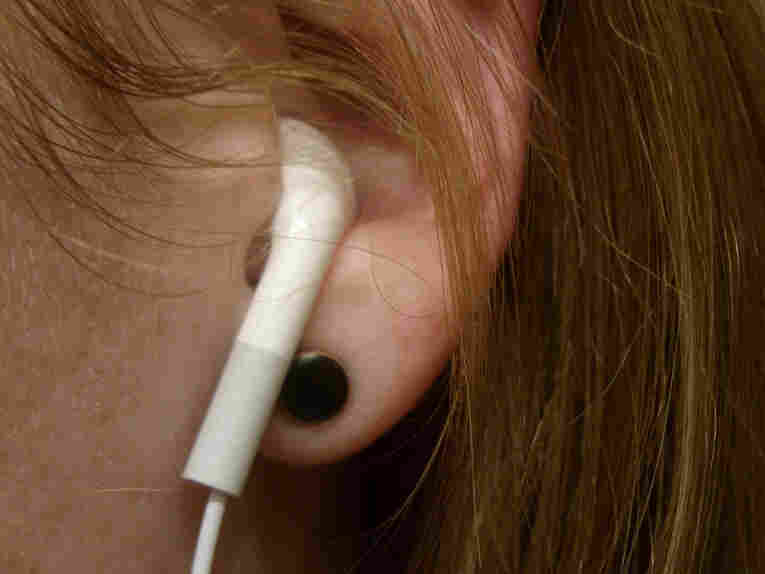 The MP3 puts every song at your fingertips anytime and anywhere. Is it too much? dead redhead via Flickr hide caption 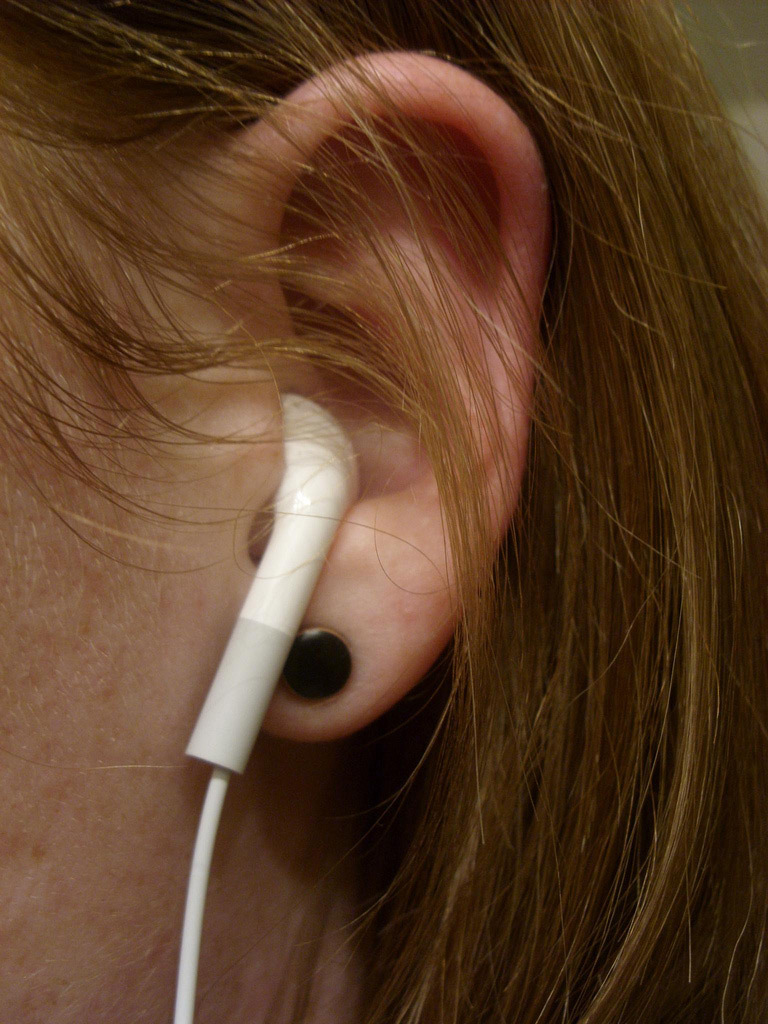 The MP3 puts every song at your fingertips anytime and anywhere. Is it too much?

For the past 10 years, the record industry has struggled to control how we listen to music. But the shift from CD to MP3 is just the latest iteration in the evolution of formats. Think of how the move from the 78 to the vinyl record let people listen longer, and how the cassette tape made music portable. During the past decade, the MP3 file has yanked music free from physical formats entirely, and the number of ways fans can experience music has exploded.

Over the past year, I have spoken with musicians, label executives, record-store owners, critics and music fans to see how the digital decade has changed the way they experience music.

Let's start out with one unassailable fact about the way people listen to music in 2009.

"Technology has spoken; the people have spoken; there's kind of no putting the genie back in the bottle," says Justin Ouellette, creator of the music Web site Muxtape.

Suddenly, everything about the way we listen to music is different. Well, maybe not so suddenly. In this era of immediate gratification, it's easy to forget the history behind the effortless download.

So, here goes. In the middle of the 1990s, programmers came up with a method of shrinking the size of digital audio files without losing too much of their audio quality. They called it MPEG-1 audio layer 3. At the very end of that decade, a college student named Shawn Fanning started a Web-based program called Napster that enabled users to share MP3 files. Feverish bootlegging followed. The recording industry battled back with lawsuits. Apple dominated the market for MP3 players with its iPod, released in late 2001. Online retailers began offering legal downloading alternatives. Apple dominated this market with iTunes. MP3 blogs, aggregators and BitTorrent programs offered new ways to "own" music without actually paying for it. Record sales collapsed. (Deep breath.) But here's the thing: It's possible that music lovers today have more access, and listen to more music, than ever before.

How Much Is Too Much?

"There's just a staggering amount of music to listen to. There are days where I don't know what to do," says Sasha Frere-Jones, the pop-music critic for The New Yorker.

"When I was commuting, I used to bring this huge wallet of CDs with me, so I had 24 CDs, which was a big deal," says music journalist Maura Johnston. "But, I mean, now you can just bring thousands of songs with you on the train. You don't have to make those choices where you're thinking about, 'OK, well, I don't have the space to bring this, so what should I bring instead?' I think that, now, it's shifted from a question of space to a question of time."

So what do we do when we're crunched for time? We multitask.

"I listen to music when I do everything, basically," says Alejandro Cercas, an 18-year-old student in New York. "I never go out without my headphones on. Walking, subway, doing homework, airplane rides. I always have it on, basically."

Cercas is standing in Union Square, across the street from the empty shell of what was New York's last Virgin Megastore. In fact, the city's last major chain music store — period. The crumbling of brick and mortar is a tough reality for Josh Madell, who, gulp, owns a record store in Manhattan called Other Music.

For Madell, that's the core flaw of the new listening experience.

"I think that people's connection to artists are maybe not as deep," Madell says.

"Time does kind of slip away when I'm listening to music," Cercas says. "It's like, 'Whoa, what was I listening to two seconds ago?' But you get kind of used to it."

Cercas isn't the only music consumer in Union Square. Take a man who goes by the name of just Chathan; he's 23. He's listening to Lady Gaga on his headphones.

"I usually don't purchase a full album unless I like the artist," Chathan says. "I'll buy songs here and there. I probably buy about 10 songs a month."

Chathan says he buys records in stores, but the one store he used to buy from — Virgin Megastore — is closed.

There are still people who buy records at stores like Other Music, but Madell says they're almost never as young as Chathan. On the other hand, Madell says he knows that the Internet feeds the obsession and the open-mindedness of the customers who still come into his store.

"There is so much interesting, diverse music from around the world that is able to find an audience now," Madell says.

Which is, indisputably, a good thing for everybody. And Sasha Frere-Jones says MP3s make it quick and easy.

"MP3s are kind of the best and the worst thing in the world," Frere-Jones says. "We've never been able to trade music so quickly. I will talk to someone on IM and they will give me a song while we're talking. But I don't really like how MP3s sound."

We used to hear big sound coming out of big speakers. Our friends would come over to listen to a brand-new album we just took out of the shrink wrap. Now, we download songs from MP3 blogs, post a link on Sendspace and send a note to friends, or stream the song from our Tumblr.

"Because of MP3s, everyone can get their hands on it right away and can drop it into a program and start messing with it. I always think of that as a conversation. That's the word I have in my head," Frere-Jones says.

Instead of the conversation happening among a few friends, you can now listen to music with anyone, anywhere. Any way you want.

Take Muxtape. It launched on March 25, 2007. The project of Web designer Justin Ouellette, it served one simple purpose: It was an Internet-based mix-tape site. No dating, no video games, no blogging, no user profiles. Just 12 songs from your own music collection that you could upload to the site for others to stream. The response was immediate. A huge community of music fans sharing their tastes, without actually trading files. Even so, Ouellette says record companies were quick to object. Ouellette got his first letter within a few days of the site's going live.

"They actually saw the potential in it," Ouellette says.

Then they shut it down. But even within the industry, there's been recognition that an era has ended.

"I was talking to the head of a label," Frere-Jones says, "and he said, he was sort of amazed at himself — he's from the vinyl generation — [and] he said, 'Now, I even feel like it's a big deal to turn to the CD player and put a CD in.' He was so used to clicking on links and having it be right there."

But Frere-Jones says telling people how they're supposed to listen to music is a losing game.

"So, to tell a kid,'That iPod, forget that. I want you to go out and buy a turntable and an amplifier and two speakers and then you got to take the record out of the sleeve...' You know, they'll be asleep before you finish the sentence," Frere-Jones says.

If technology today speaks in the voice of the consumer, then what does a musician have to do to get into the conversation? That story tomorrow.