Accessibility links
The Decade In Music: How Musicians Create How has technology changed the relationship between musicians and their fans? While major record labels still struggle to grasp the power of the MP3, artists, including Of Montreal's Kevin Barnes, have embraced and even found creative solutions around file-sharing. 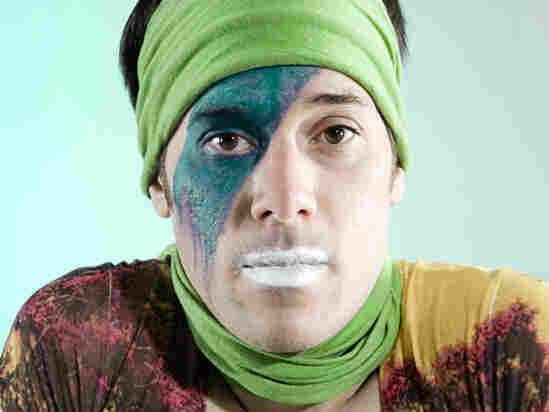 Even with creative MP3 packaging for his music, Of Montreal's Kevin Barnes still believes in the concept of the album. Patrick Heagney hide caption 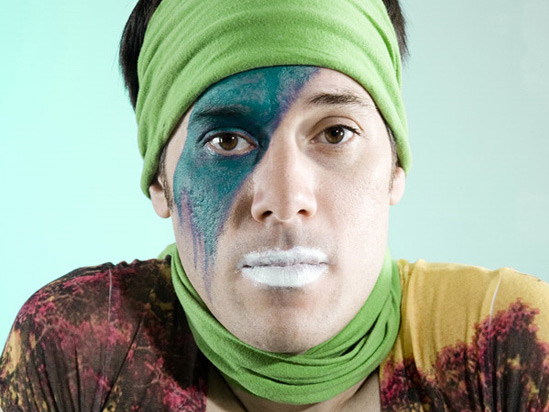 Even with creative MP3 packaging for his music, Of Montreal's Kevin Barnes still believes in the concept of the album.

How has technology changed the relationship between musicians and their fans? Yesterday, NPR published my conversations with music consumers about the way that MP3s and the Internet have made collecting and sharing music easier. Today, I talk to the folks on the other side of the creative fence to see how the digital decade has changed the experience of making and distributing music.

Maybe the best way to sum up the reality of the music industry in 2009 is a Steve Albini interview with musician Ian Svenonius for VBS.tv. Keep in mind: Albini recorded classic albums by the Pixies and Nirvana and has always loudly favored analog recording. But he says the current digital trends don't bother him.

"I see these changes as changes that are happening outside of me, that I have no control over," Albini says. "So I basically treat them like the weather. Like, it's going to be kind of bloggy and MP3-ey for a while."

The music industry spent most of the past decade caught outside without a raincoat. Record labels, especially the big ones, didn't embrace digital music at first. In fact, they spent a lot of time and energy suing the source of their income: consumers.

Today, many musicians have abandoned the stick for the carrot. It's common to give away a free MP3 from a new album, or stream that new album in its entirety before it comes out in stores or on iTunes.

The band Of Montreal still wants you to buy its records. But last year, when it was time to release a new album, leader Kevin Barnes started thinking about the ways in which the industry's preferred formats hadn't caught up to listeners' preferences.

"The download thing is probably the wave of the future. And CDs, they'll just become like the 8-track or whatever," Barnes says.

"That's how it works. It's like eventually if the CD becomes, 'No, why would I buy that record? It just has the CD. I want that one.' Kevin's funniest version of it was you buy the album and it comes with this amazing sandwich," David Barnes says.

But gimmicks be damned, Kevin Barnes says he still believes in the concept of the album.

"The records that we really love are the records that you know every single song, every single lyric, every single section of every song is important and magical," he says. "When we're making records, we're trying to create something like that — not just thinking of a couple of songs that people will put on their shuffle and digest and then forget about a week later."

Other musicians don't have much of a problem with listeners removing individual songs from their context. David Rawlings is best known for his collaborations with Gillian Welch. He says that he's happy to be part of people's lives, no matter how.

"If anything, all of this availability and convenience has made it so that people have incorporated music even more into their lives," Rawlings says. "Whether ... you're washing dishes or walking on your commute, music has the ability to transport you. It's just people manipulating their environment in a way they find pleasurable."

No matter how they use it, the mechanics of how listeners find that music has become crucial to musicians and the traditional recording industry.

"It used to be, in the music business, that you had three things to concentrate on: physical, radio, video. That was it," says Julie Greenwald, chairman and COO of the Atlantic Records Group. "If you could get those three dots lined up, wow, you're selling records. Now, you have like 20 other dots: Facebook, MySpace, iMeem. Now we have 29 dots, they're all equally important, and all have to be worked."

None of which, unfortunately for the artists and labels, has actually helped to sell more records this decade: Today's biggest acts sell fewer records than the stars of 10 years ago did by factors of 5 or 10.

And fans are increasingly demanding a personal connection with their favorites. You can read about John Mayer's issues with tuna fish on his Twitter feed, but most of those 20 new dots involve an experience mediated through a filter that probably doesn't have anything to do with melody or lyrics.

Gillian Welch: 'Everything Is Free'

Most musicians still want that personal connection with listeners forged through their music. And that means that they have a power that nobody — not record labels, not file-sharing music fans — can take away. In 2001, in the aftermath of the Napster file-sharing lawsuits, Gillian Welch released an album, which included a song called "Everything Is Free." It starts out like a lament, but Welch says that was only part of her intention.

"Ultimately, it's more of a threat," Welch says. "It's the ultimate threat that the artist has at any point to stop sharing their art with the world. And what's sort of implied in our song is, 'I can keep doing what I do and I can entertain myself and don't need to take it out of my living room.' If it ceases to be feasible to make a living, I could just stop going public."

Maybe this was the decade that made everyone question his or her place in the chain. Listeners became writers, or librarians, or minilabels. Labels went from litigants to friends on Facebook. Musicians became bloggers, or wall-decal manufacturers. Thankfully, they're also still making music.