Accessibility links
The 11th Annual Director's Cuts Music Gift Guide So far, 2009 has been the year of Taylor Swift, Beyonce and Lady Gaga. But if you're looking for music gift ideas beyond the blockbusters, Weekend Edition director Ned Wharton picks a few hidden gems.

So far, 2009 has been the year of Taylor Swift, Beyonce, T-Pain, Lady Gaga and Black Eyed Peas. But if you're looking for music gift ideas beyond the blockbusters, here are a few hidden gems for fans of jazz, world music, classical and rock. 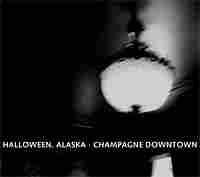 A few years ago, guest host Brian Naylor spoke to members of the group Halloween, Alaska on Weekend Edition. Guitarist and singer James Diers said there's no such place, but he remembers spending a couple of summers in Alaska as a kid. As a Midwesterner, he said, it was his first chance "to interface with the ocean and very remote places," and that it ultimately may have influenced his music. On the group's new album Champagne Downtown, the otherworldly grooves can still be heard in tracks like this one. 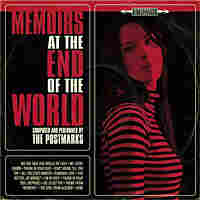 Another suggestion comes from our intern Sarah Mollner, who turned me on to a rock band called The Postmarks. The group inhabits a world of spaghetti Westerns, theremins, sweeping strings and retro electronics, all propelled by ethereal female vocals. Born in Tel Aviv, Tim Yehezkely ended up in south Florida, where she holed up in a neighbor's treehouse for days writing this album's lyrics. The new CD Memoirs at the End of the World is beautifully packaged, looking like a well-worn vinyl sleeve from 1965. 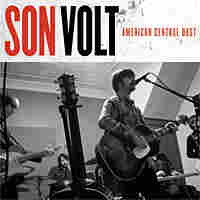 Down to the Wire

Now here's something from the country side of things. Singer Jay Farrar and his band Son Volt perform a darker kind of country music for a new generation. The typical fodder of pickups, beer and loose women has been replaced with songs about cocaine, maritime tragedies, gas prices and Keith Richards. And the sound on their new album runs from rootsy folk to gritty rock. 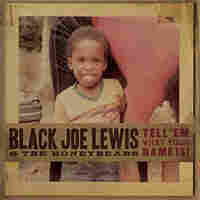 'Tis the season for parties, and with a new decade just weeks away, here's some high-energy music to get you groovin' well into 2010. The sound might be retro, recalling James Brown and Howlin' Wolf, but the group is new to the scene: Black Joe Lewis & the Honeybears. They're from Austin, Texas, where Black Joe made a splash at the South By Southwest Festival in 2007. He played SXSW again this year, and set the crowds on fire with songs from his new album, Tell 'Em What Your Name Is!. 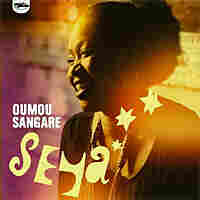 The 52nd Annual Grammy Award Nominations were announced this past week, and singer Oumou Sangare's Seya was nominated for Best Contemporary World Music Album. She's one of the most respected artists in Africa, speaking out for women's rights and showcasing the culture of her native Wasulu region in the southern forests of Mali. That said, her latest record has a perfectly modern sound. 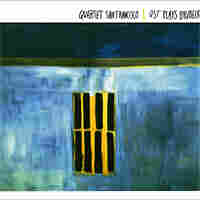 Here's music from another Grammy nominee -- this time in the Classical Crossover category. "Take Five" is certainly the most recognizable of the tunes on Quartet San Francisco's QSF Plays Brubeck, but it's not the standout track -- at least not for me. "Blue Rondo A La Turk" really caught my ear, especially for the wonderful string arrangement. The recording is also superb; sure enough, the disc is nominated in the Grammy category for Best Engineered Classical Album. 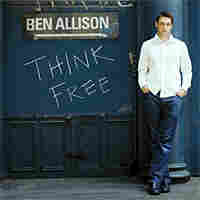 Public radio listeners may recognize the work of this bass player and composer from a certain theme song: The On the Media theme was written years ago by host Brooke Gladstone's friend Ben Allison. He was writing what he called "chamber jazz" at the time, but lately he's been moving in a new direction. For his latest album, Think Free, he says, "I wanted a band that rocked." And in a groovy way, Think Free does just that. 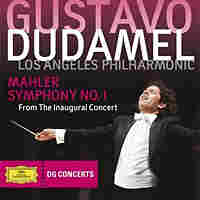 For the classical music fan on your holiday list, here's a digital download offered by Deutsche Grammophon. Three years ago, the label launched its DG Concerts series of performance recordings. This year, it captured the explosive American debut of Venezuelan conductor Gustavo Dudamel as he took the reins as music director of the Los Angeles Philharmonic. If you haven't yet caught "Dudamania," this electrifying 28-year-old has been called the next Leonard Bernstein. This performance of Mahler's Symphony No. 1, available on DVD or as a digital download, was recorded at the Walt Disney Concert Hall in October. 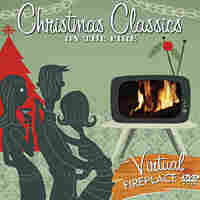 There's nothing like a fire in the fireplace for the holidays. But if you don't want to singe Santa, how about a DVD of the Yule Log? In New York, the New York TV station WPIX started a tradition of broadcasting a static shot of a crackling fire. Today, there are several "Virtual Fireplace" DVDs. Here's a new one from Capitol Records, called Christmas Classics by the Fire. For audio you can choose the crackling fire alone, or toast your palms next to screen to the sound of holiday chestnuts by the likes of Nat King Cole, Ella Fitzgerald, Bing Crosby and Dean Martin.

'Baby, It's Cold Outside'

Watch a clip from 'Christmas Classics By The Fire':

'Baby It's Cold Outside'

We referred to Dave Brubeck's "Take Five," giving the impression that Brubeck composed the music. The composer was Paul Desmond.