Accessibility links
The xx: Switching Roles In Song Oliver Sim and Romy Madley Croft are young Londoners who lead an extremely spare band called The xx. They touch on Kraftwerk and The Cure, but never equal their volume.

I first heard The xx under highly inappropriate circumstances — while watching a baseball game at my friend Joe's place. The Angels were whipping the Yanks and Joe had been touting The xx, so I welcomed the distraction. In fact, two minutes after Joe put the album on, I asked him to mute the TV. I didn't want to be distracted from The xx. 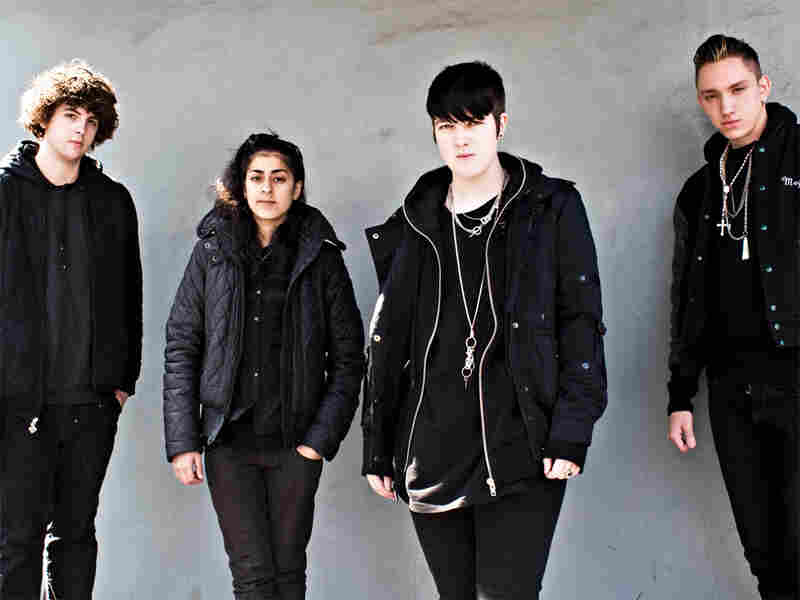 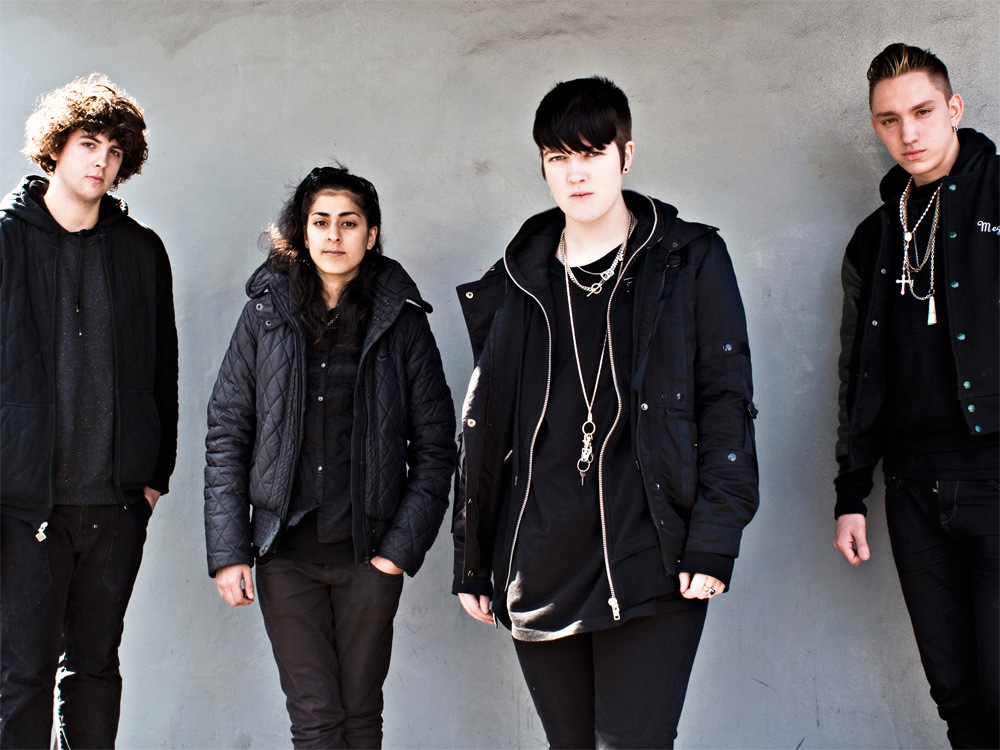 Oliver Sim (far left) and Romy Madley Croft (left of center) of The xx shift roles without ever seeming hostile, cold or even unsupportive.

As a rule, minimalism can be a bore, a con or both. But The xx's minimalism captivated me right from the spare instrumental opener. And I'm not the only one. Arriving at work with The xx on his iPod, Joe removed his earbuds only to hear the same album coming out of an office mate's computer speakers. Me, I took a TV break while writing this very paragraph, and what do you think played over the show's closing shot? The xx. Same song: "VCR."

The next track, "Crystalised," employs a familiar strategy: hooky ostinato riff embellished with a few subtle effects, leading to a soft vocal. The exaggerated drawl of bassist Oliver Sim precedes the more human-scale croon of guitarist Romy Madley Croft. She's clearly the main attraction, persona-wise. But neither projects the cool detachment associated with the Kraftwerk tradition of minimalist pop. Nor do they declaim in the manner of Robert Smith of The Cure or Bernard Sumner of New Order, both of whom sold louder versions of similar strategies. For the coolest kids on the scene, they're reassuringly vulnerable.

I'm impressed by everything about The xx: the singing, the lyrics, the way the two principals shift roles without ever seeming hostile, cold or even unsupportive. Moreover, I believe this spiritual dimension underlies and helps power the seductiveness of the music. But I know damn well I could be rationalizing and looking for a way to explain music that needs no explanation. I got over the Yankees' loss fast that night, because I found The xx's album online and streamed it for my wife when I got home. We barely understood a word they were singing. But next morning at breakfast, we played it again.