Accessibility links
Kind Of Bluegrass: Lightning-Fast Jazz On the surface, there might seem to be a world of difference between jazz and bluegrass music. Jazz is predominantly urban and often deals with relatively complex structures, chords and key changes. Bluegrass is predominantly rural and, like blues, often works within fairly predictable structural boundaries. But jazz and bluegrass are more alike than they appear. 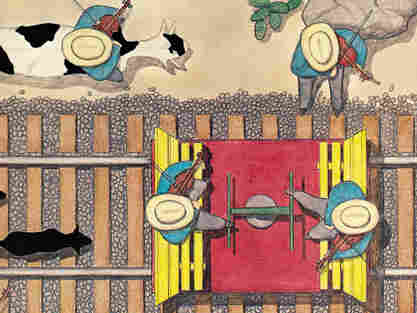 On the surface, there might seem to be a world of difference between jazz and bluegrass music. Jazz is predominantly urban and often deals with relatively complex structures, chords and key changes. Bluegrass is predominantly rural and, like blues, often works within fairly predictable structural boundaries. But jazz and bluegrass are more alike than they appear. Both jazz and bluegrass place a high premium on instrumental virtuosity, both feature sophisticated interplay between instruments and both rely heavily on improvisation, often at lightning speed.

In this edition of Take Five, we're going to explore five songs that meld jazz with bluegrass. We'll hear bluegrass players interpret jazz songs, and hear jazz players apply their chops to bluegrass forms. We'll hear from David Grisman and Bela Fleck, the two musicians who receive the most credit for expanding the possibilities of traditional bluegrass instruments (mandolin and banjo, respectively), as well as other great players whose vision and talent defy (or perhaps even dismiss) genre. 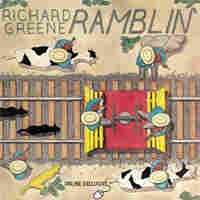 A bluegrass group doing an Ornette Coleman composition? You bet... and it tears it up. Fiddler Richard Greene worked briefly with Bill Monroe, The Father of Bluegrass, in the mid-1960s. Students of obscure rock music from the early '70s might also remember Greene as a founder of the rock/bluegrass/country fusion band Seatrain. Since then, he's been in the vanguard of "newgrass" music, and this version of "Ramblin' " is about as new as bluegrass hybrids get. He's joined here most notably by Tony Rice, who performs a concise, killer acoustic guitar solo. 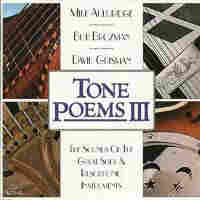 Mandolinist David Grisman has always worked to expand the possibilities of his instrument. From his early traditional mandolin work with the Even Dozen Jug Band, Grisman went on to explore psychedelic rock, jazz, Latin music and any other musical form that came his way. Though he's perhaps best known for his "Dawg Music" fusion, we find him here doing a jazz classic with two great resophonic slide guitarists, Bob Brozman and Mike Auldridge. The resonator guitar used in bluegrass is called the Dobro, and Auldridge has been an acknowledged master of that instrument since his early days with the progressive bluegrass band The Seldom Scene. The immensely talented Brozman has never been pigeonholed into any particular musical genre, so suffice it to say that he's one of the greatest living resophonic guitarists. It adds up to three masters having a great time with one of the oldest jazz songs in the book. 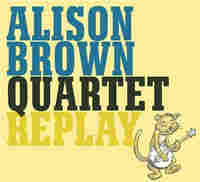 Although David Grisman and Bela Fleck might have preceded Alison Brown in the quest to merge bluegrass and jazz, they have nothing on her in terms of talent and inventiveness. After working from the mid-1980s through the early '90s with vocalists Alison Krauss and Michelle Shocked, Brown began to pursue her own musical vision of melding bluegrass, jazz and Celtic music. Over the course of 10 albums, she's won a couple of Grammys and legions of fans. Most of the songs in this list feature bluegrass instrumentalists interpreting jazz songs. Alison Brown turns it around. In "Shoot the Dog," her quartet takes what is basically a traditional bluegrass breakdown and turns it into foot-stomping jazz. Of course, Brown plays incredibly on this track, but you might also pay close attention to the fine solo by her pianist, John Burr. 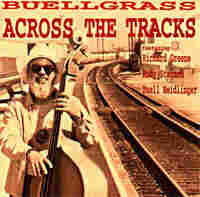 It's a safe bet that everyone in America has at one time or another heard bassist Buell Neidlinger, whether they know it or not. He's had a truly amazing career. From his early years as a Dixieland bassist in New York, Buell went on to work for several years with avant-garde pianist Cecil Taylor. As a studio musician, he's recorded with Barbra Streisand, Frank Sinatra, Elvis Costello, Frank Zappa, Earth Wind & Fire, Bob Seger and many others. Along with all this, he's also continued to pursue his own brand of bluegrass/jazz, which he calls "Buellgrass." This gorgeous version of "Stardust" also features multi-instrumentalist Andy Statman on mandolin, Richard Greene on violin, Peter Ivers on harmonica and Peter Erskine on drums. Everyone plays beautifully here, but it's definitely Statman's showcase. It might be the only version of "Stardust" in which the featured soloist sneaks in a quote from "Night Train."

This CD is available from K2B2. 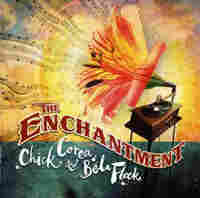 For many years, the only contexts in which you could hear a banjo were in Dixieland or bluegrass music. Bela Fleck changed all that. Beginning in the early 1980s, he started moving the banjo into new realms, first with his years as a member of New Grass Revival and then supercharging his efforts with the creation of his band The Flecktones. When asked to name musicians who have influenced him, Fleck will often mention banjo-maestro Earl Scruggs, bebop saxophone pioneer Charlie Parker and piano wizard Chick Corea. In 2006, Fleck and Corea finally had a chance to collaborate on a project called The Enchantment, so we'll end this short list of bluesgrass/jazz fusions with a sparkling duet between two stellar instrumentalists having what sounds like the time of their lives.