Accessibility links
The Kinks Choral Concert For some diehard Kinks fans, the idea of mixing the band's classic songs with a full choir had little appeal. One of those fans, All Songs Considered host Bob Boilen, was dubious, before he heard the results on the latest CD from Kinks frontman Ray Davies, The Kinks Choral Collection. Boilen was part of a rapt audience at a Nov. 20 performance of the songs, recorded live in New York, by Ray Davies and the Dessoff Chamber Choir. Hear that show in its entirety here. 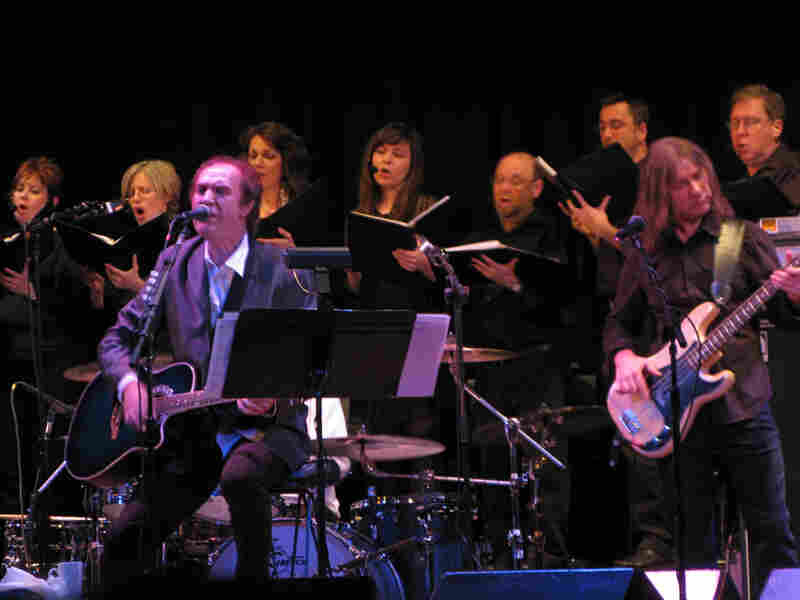 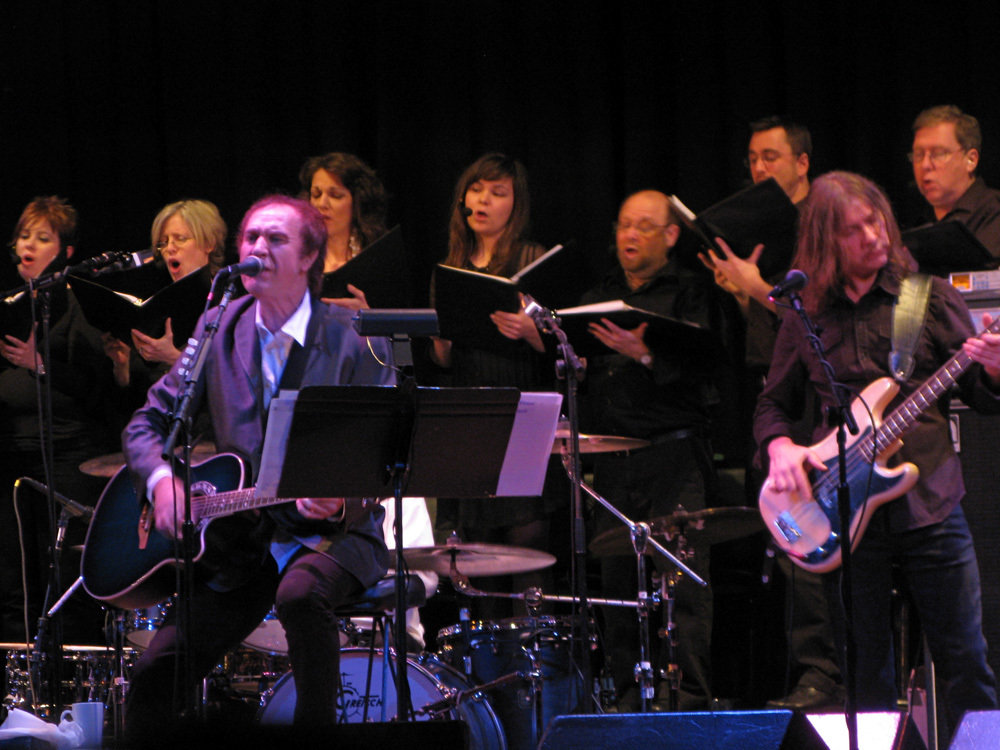 It didn't strike me as a great idea: Ray Davies, frontman for the legendary band The Kinks, had paired some of the group's most popular songs with a full choir. It turns out I was wrong. There have always been simple and often beautiful harmonies in many of The Kinks' songs, especially in the band's work from the late 1960s. Fortunately, much of the material Davies chose for his new choral album, The Kinks Choral Collection, comes from the group's seminal 1968 record, The Kinks Are The Village Green Preservation Society. The beauty of the song "Waterloo Sunset," in this setting, is especially powerful.

At New York City's Town Hall, back on Nov. 20, Ray Davies performed these new choral renditions of great Kinks songs and solo tunes for a rapt audience. You can hear the thrill of the choir and the power of his band, along with the euphoria of the crowd, which sometimes added to the 25 voices on stage.

Choirmaster David Temple directed the the New York City-based Dessoff Chamber Choir, with little or no rehearsal. (The singers read from transcribed versions of The Kinks' songs.) Jeff Lunden, a freelance arts reporter for NPR, was in the choir. You can hear how the chaos of the choral group took shape, along with an interview with Ray Davies, in a story Lunden did for NPR. And in spite of the odds and a few raw notes, the new life these old songs found far outweighs the risk inherent in embarking on a project like this. All around, it was a well-played and memorable night, by a well-respected man.

This live performance was recorded, engineered and mixed by Steve Remote, with assistance from Jon D'Uva, Robert Anderson and Sean Cook. Location recording facilities were provided by Aura-Sonic, Ltd., NYC.