Accessibility links
'American Idol' And The Making Of A Star Launched in 2002, American Idol wasn't the first TV show to make a pop star, and it hasn't been the last. But the show has changed the way the public interacts with the machinery of the music industry. NPR Music's Stephen Thompson looks at the show and describes his own brush with Idol glory. 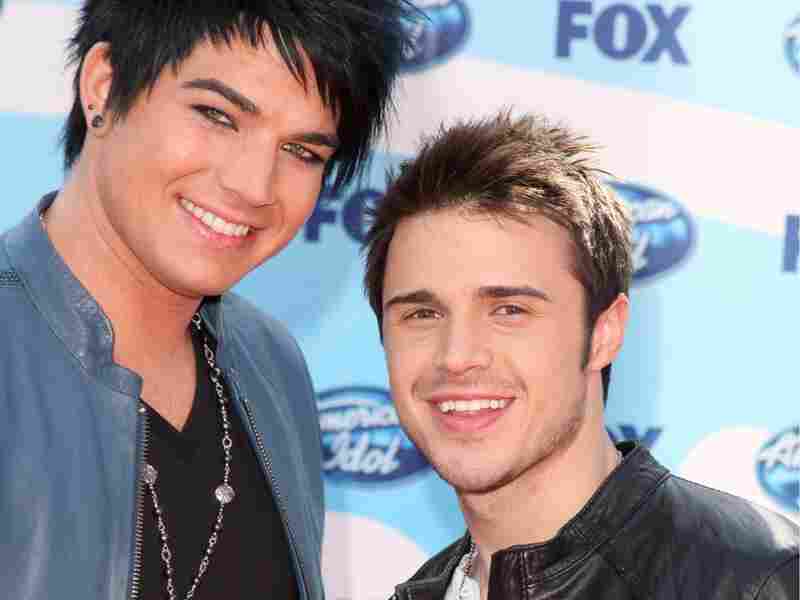 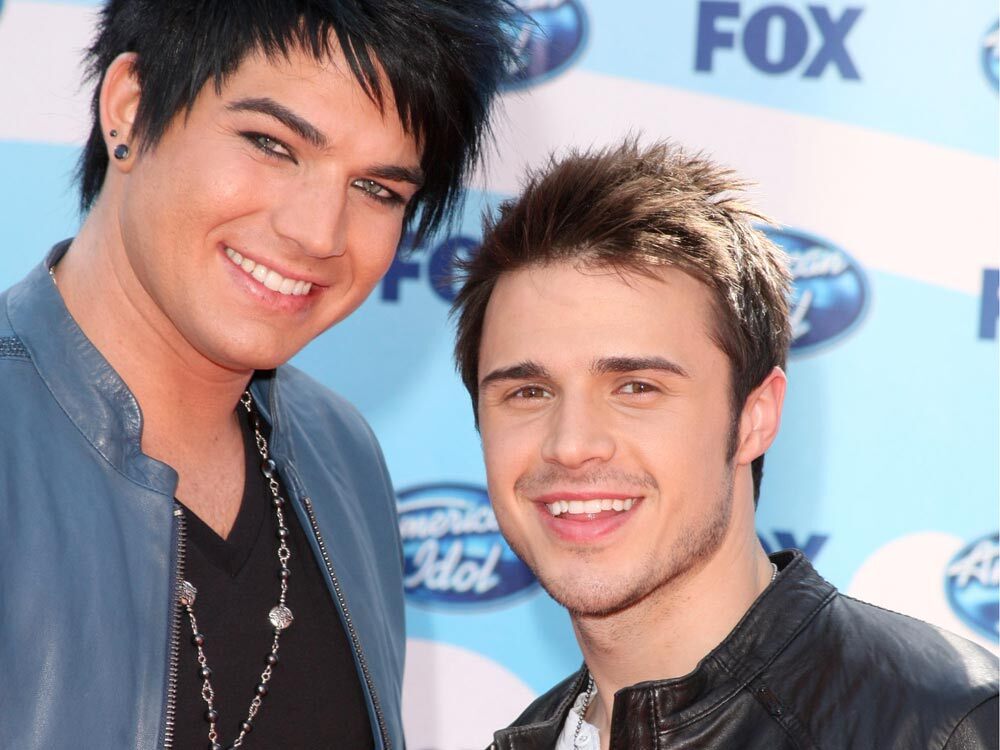 Adam Lambert (left) and Kris Allen, pictured before the May 20 finale of American Idol's eighth season.

Launched in 2002, American Idol wasn't the first TV show to make a pop star, and it hasn't been the last: Just this year, America's top-selling album came from the runner-up on Britain's Got Talent: 48-year-old Susan Boyle.

Remember Star Search, in the '80s? You voted for the winner by phone, from the comfort of your couch. American Idol has not only viewers and callers but emotionally invested participants — superfans with power-dialing software, e-mail accounts, even Internet message boards.

Hear all the songs recorded in a weekend as part of our song-writing and recording challenge.

A few years after it started, American Idol pushed the idea of audience participation even further, by letting one lucky fan write the show-stopping ballad that would close out the season. The songs that had been used in the first few seasons were always horrible — pieces of mawkish flotsam about dreaming big, accomplishing a goal, keeping the faith, giving thanks, climbing mountains, dreaming dreams, and rhyming "believe" with "achieve."

Now, I have no musical aspirations myself — no desire or talent to become a pop star or a songwriter. But when they announced that they'd let a viewer write the big ballad, they had me hooked. I immediately began sketching out what I believed to be the perfect American Idol song.

I wanted something vaguely patriotic and sort of religious, and I wanted to capture the way a very uncomplicated pop singer might feel at the conclusion of an unlikely journey. My song was called "On The Wings Of Dreaming Eagles," and it may be the worst song ever written by a human being.

Now I can fly in the sky

on the wings of dreaming eeeeeeeeagles

'cause I belieeeeeeeve in myself

I know that miiiiiiracles are real...

I never actually submitted "On the Wings of Dreaming Eagles." I couldn't get past the fear that it would win, and that 40 million people would one day remember who I was, and why.

American Idol is about to enter its ninth season. Three months from now, the most famous person on the Internet will be someone no one has heard of today. It may be a plucky dreamer from the wrong side of the tracks, or a grizzled veteran of talent camps who has dreamed of stardom since birth. Some of us will hate this person with a sick fury; others will paint his or her name on poster board using glitter.

In any case, eight years later, the return of American Idol means that a few more stars are about to be born, whether we watch or not. And in May, by the time it's all over, those stars will bask in the embrace of a divided nation, secure in the knowledge that, because they believed in themselves, they know that miracles are real.