Accessibility links
Nashville Reels To A Somber Tune The mainstream country music business found some immunity from the trends devastating sales in other genres over the past decade — at least for a while. As country sales have also begun to drop, Music City is struggling to find its identity. 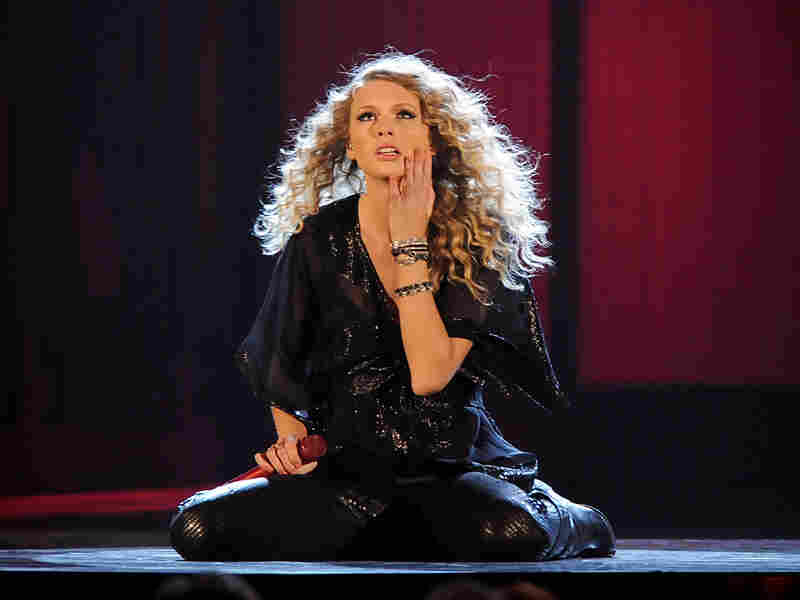 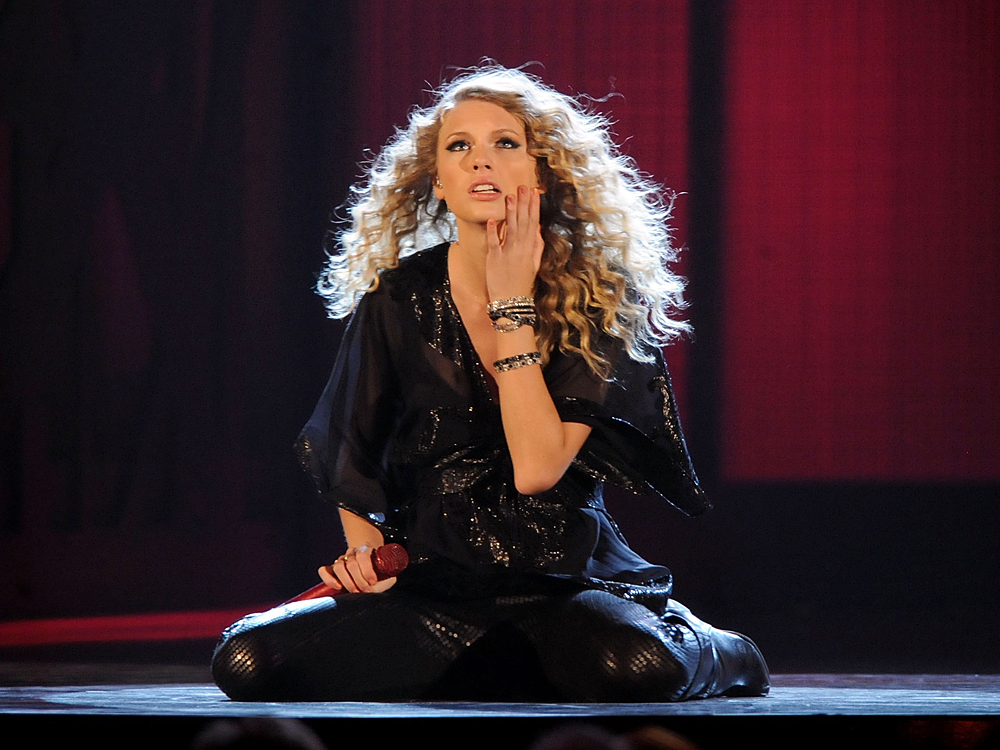 Taylor Swift, seen here performing at the 2009 CMA Awards, cleaned up during the award ceremonies, heralding the arrival of country's next superstar.

As we look back at the challenging, sometimes chaotic music world in the decade that's coming to a close, we turn our ears to Music City. Nashville's mainstream country music business found some immunity from the trends devastating sales in other genres across the country — at least for a while.

The 1990s could not have gone much better for Music Row. Country music was consistently among the nation's top-selling genres. New stars were minted every month, it seemed, and the biggest of all — Garth Brooks — reset the bar for success in Nashville.

But in late 2000, Brooks announced his retirement from touring. His record label threw him a lavish party to celebrate his landmark of 100 million albums sold. Nashville's business elite had no idea what was coming next.

What advice would you give the music business?

"Thinking about it now," says another Garth, record producer Garth Fundis, "I'm glad I went to the event, because I'll probably never see another one. I think that era has kind of passed."

Fundis, a Nashville veteran and a former chairman of the Recording Academy, says Music City has a trickle-down economy. As the 2000s unfolded, most everyone's revenues fell to, well, a trickle. And a time-tested formula broke down.

"As an album sells, songwriters, publishers, everybody took a ride on the hit single," Fundis says. "And that provided fuel to plant more seeds and cultivate more writers and keep the garden fertile and growing healthy. And that certainly isn't going on right now. I've never seen so many 'For Sale' signs and 'Lease Available' signs on Music Row."

Online file-sharing gets much of the blame for the music industry's woes. But a recent Nielsen survey showed that only about half the nation's core country-music fans even have Internet access at home.

That could have been good news when it comes to file-sharing, but it was a sobering reality check for an industry being forced toward digital delivery. Country music is largely dependent on CD sales. However, the big-box retailers that have been major outlets have cut shelf space for CDs drastically.

"The Walmarts and the Kmarts and the Targets and the Best Buys are carrying fewer and fewer titles," says Mary Ann McCready, a Nashville business manager. "And the younger generation are buying their music online. So the sale of a CD has been replaced by the purchase of a single song, which has completely turned the economics for record companies upside-down."

What About The Art?

The biggest record at the beginning of the decade was Lee Ann Womack's "I Hope You Dance." Veteran music journalist Chet Flippo of Country Music Television says it was the best song from a time of easy-listening country — when greeting-card sentimentality got a little out of hand.

"For a time, I was calling it sippy-cup music," Flippo says, "because a lot of the songs were directed at little kids and parents. It felt as though we were starting to drown in molasses a bit. Of course, 9/11 changed that."

True to its history as America's Regular Joe journalism, country music responded to the attacks and the resulting wars with a range of sentiments and statements. Toby Keith, one of the decade's biggest male stars, gave voice to the country's rage in his song "Courtesy of the Red, White and Blue."

A humbler kind of catharsis came from Alan Jackson's "Where Were You When the World Stopped Turning." And the Dixie Chicks had a No. 1 hit with their gently anti-war song "Travelin' Soldier" — only to be exiled from country radio after lead singer Natalie Maines protested the impending Iraq war and President Bush from a stage in London.

A Search For Identity

As public interest in the war faded, so did country album sales. The industry reached out to other genres and eras: The Eagles, Jewel, Sheryl Crow and Kid Rock had songs on country radio.

Country badly needed a breakout star of its own, and it found one in 2005 American Idol winner Carrie Underwood. She sold millions, and was the only female artist who challenged touring superstar Kenny Chesney for the top slot in country. Until this year.

Taylor Swift, who recently swept the Country Music Awards, is more than merely the latest blond diva from Music Row. The 20-year-old is already a respected songwriter who is bringing younger fans to the genre.

But even more interesting is who helped her break through. Instead of a deep-pocketed major label, she was discovered and launched by Big Machine Records, an independent company run by country-music veteran Scott Borchetta.

"Everybody else still seems to be in a recoil and a big state of flux," Borchetta says. "There's not a lot of us who are continuing to charge forward."

Independent artists and labels are charging forward in Nashville, reviving some of the energy and musical diversity the city enjoyed four decades ago. That story tomorrow.