Accessibility links
2004: The Year Of The Music Blog As the Internet has altered how people get music, blogs and Web sites have emerged over the past decade as important arbiters of musical taste. One of the earliest examples of their influence was the success of Arcade Fire in 2004. 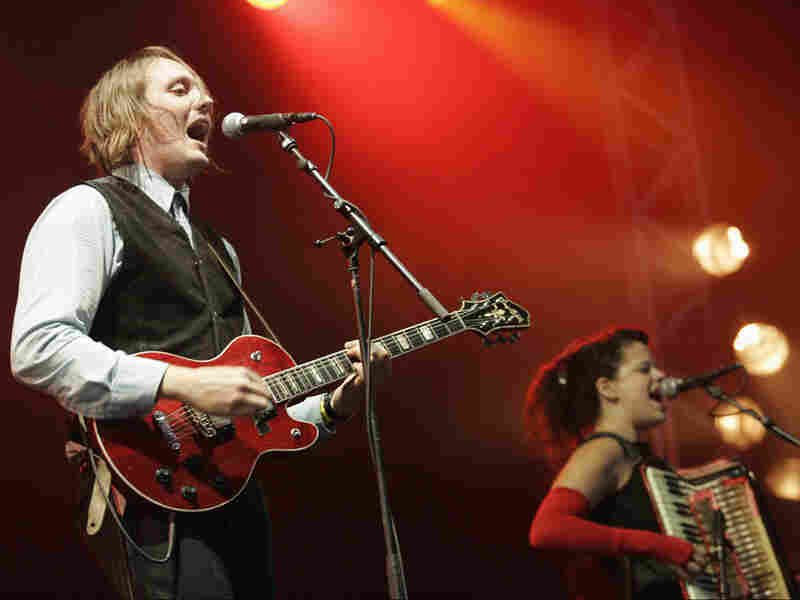 One of the earliest examples of music blogs' influence was the success of Arcade Fire in 2004. Paul Bergen/Redferns/Getty Images hide caption 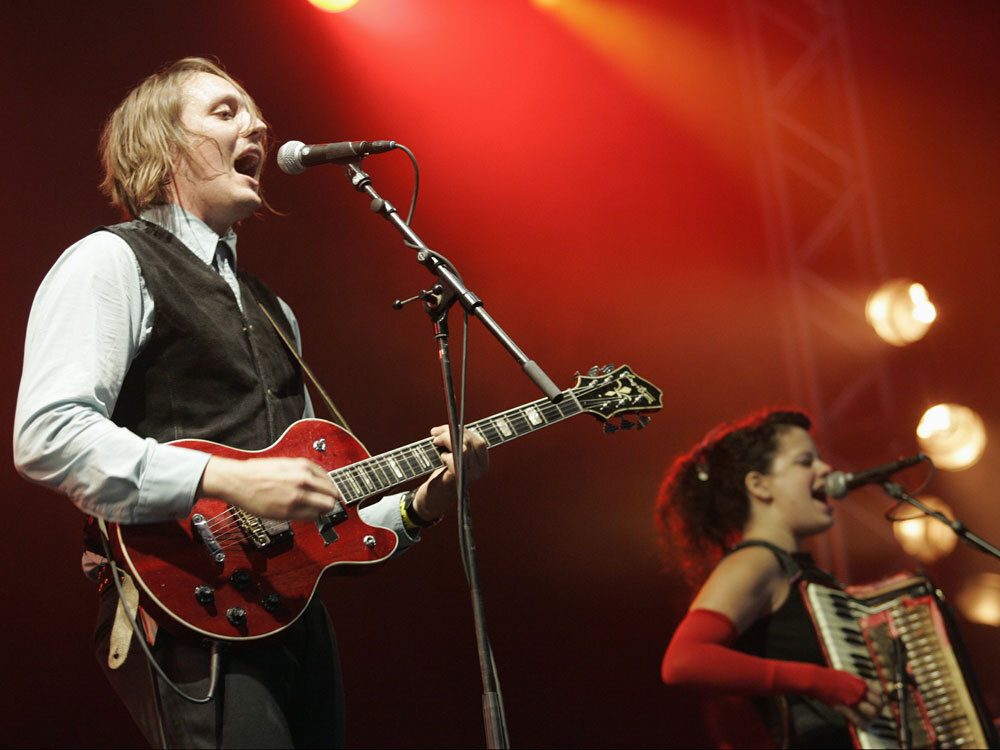 One of the earliest examples of music blogs' influence was the success of Arcade Fire in 2004.

As we come to the end of the decade that's being called the "aughts," we're looking back at how those 10 years have changed music and culture. One of the biggest sources of delight — and concern — for musicians and fans has been the Internet. As it has altered how people get music, blogs and Web sites have emerged as important arbiters of musical taste.

Consider the case of Arcade Fire. Hardly anyone in the U.S. had heard of the Montreal band in the fall of 2004, when it released its full-length debut, Funeral.

Slideshow: See Music Blogs And Sites From The '00s

But the band was already familiar to readers of a music blog called Said the Gramophone. Sean Michaels had been writing about music online, and posting MP3s of his favorite songs, for about a year.

What kind of music review do you trust? See readers' answers and tell us yours.

"We'd joke about what happens when the album comes," Michaels says. "Then, when it did come out, things began to accelerate beyond anything we'd imagined: David Bowie was at the concert? Bruce Springsteen's singing with them? It was just sort of inconceivable, these youthful imaginings manifest."

Funeral went on to sell nearly half a million copies. Arcade Fire was one of the first bands to show that buzz on a handful of music blogs and Web sites could lead to actual mainstream success. Record labels took note.

'The Labels Are [Our] Pals'

"We get far more attention from all corners of the music world now," says Scott Plagenhoef, editor-in-chief at Pitchforkmedia.com. The site was one of the first to run a rave review of the Arcade Fire album. But back then, Plagenhoef says Pitchfork was having a hard time getting major labels to take the site seriously.

"They were very suspicious," Plagenhoef says. "Trying to get someone on the phone to get a hip-hop record or a major-label rock record was extremely difficult. Where now, major labels are a lot more cooperative."

The music industry has even come to accept MP3 blogs — where fans post their favorite songs for other people to hear and, yes, download free. That's a practice the industry spent years and millions of dollars trying to fight. But Sonal Gandhi at Forrester Research says that many labels are now willing to tolerate MP3 bloggers, as long as they're helping to promote new product.

"If it's an artist that few people know about, blogs might actually build hype around it. It's sort of the cost of doing business," Gandhi says.

For many labels, it's become standard operating procedure to put out one MP3 from each album that bloggers can share freely, says Michaels at Said the Gramophone.

"You never hear nowadays about labels trying to shut down blogs unless they're posting full-album zip files. The labels are pals," says Michaels.

Of course, buzz on the blogs doesn't always translate into success. Michaels says there's now something of a backlash against so-called blog bands.

"People will use the term 'blog band' to smear bands that pick up hype and then don't live up to their reputation," Michaels says. "But for the formula of Internet-promotion-equals-longevity to work, the bands need to be great artists."

The conversation may have moved online. But Michaels says it's still the music itself that gets people excited — or doesn't.