Accessibility links
2009: The Comics That Clung The 2009 comics that, for whatever reason, have managed to adhere to our comics blogger's teflon-coated brain. 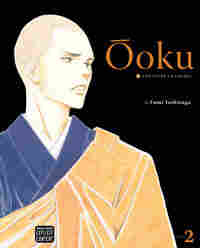 Look, here's the deal: I read lots of comics. On any given Wednesday, I'm likely to bring home anywhere from 15 to 40 titles from my local shop, and that figure doesn't include original graphic novels, or the trade collections of those ongoing series that I opt to read in large chunks.

That's a lot of stories and characters to keep straight, week to week, and the ugly truth is: I often don't.

The big two companies produced big, universe-spanning crossover events. At DC, Final Crisis finished and Blackest Night began, while Marvel's Dark Reign event meant you couldn't open a book without seeing Norman Osborn, the original Green Goblin, staring up at you with that weird hillock hair of his.

I enjoyed them, but that enjoyment was distinctly ephemeral; I'd close the cover and all those grimacing mesomorphs in dire situations would dissolve into the ether even as I reached for the next comic. Before starting on my weekly pile of books, I found myself surfing the net just to bone up on what had happened in a given title the month before. That's what my teflon-coated brain has reduced me to: Nerd homework.

But some books didn't slip away. Some found a means to anchor themselves to my long-term memory such that I would find myself pondering them weeks and months later.

Now, that's such a ridiculously subjective metric that I can't in good conscience offer this up as a "Best Of" list, even if I were inclined to make such a list. Which I'm not.

I might call these the stickiest books I read in '09 - if I thought I could say it aloud without squicking myself out.

Call them the most indelible, then. The ones that contain something that caused them to linger in the mind of a guy who (full disclosure) still can't keep his left from his right straight without making the little "L" with his thumb and forefinger. Every. Time.

Note: It's getting late in the day, so I'm gonna have to save the 16 or so original, stand-alone graphic novels for next week. The list below sticks to monthly comics, mini-series and collections.

After the jump: Lots of books and links. Settle in.

Proof by Alexander Grecian and Riley Rossmo (Ongoing Series)
This series from Image Comics, about a dapper, erudite Sasquatch and his team of operatives sworn to protect the world from all manner of cryptozoological threats, owes an obvious debt to Mike Mignola's Hellboy, but it continues to deliver sharp, funny dialogue, rounded characters and engagingly styled art. We mentioned this series last year - it's still the comic I save for last.

Scott Pilgrim Vs. The Universe by Bryan Lee O'Malley (Volume 5 in Ongoing Series)
Published in manga-like digests by Oni Press every year or so, the fifth and latest volume of the series finds the previously worry-free life of our hero (the clueless, easily distracted, yet good-hearted Scott Pilgrim) getting shaken up in a series of surprising -- and surprisingly serious -- ways. As ever, goofy ,em>non sequiturs abound (an O'Malley page practically throbs with shout-outs to video games, indie music and manga) but it's clear that Scott -- and his universe -- are growing up.

Air by G. Willow Wilson and M.K. Perker (Ongoing Series)
A flight attendant with a fear of flying: Sounds like a gimmick, no? That's one reason it took me a while to warm up to Wilson's tale of a woman drawn into a dream landscape of dark conspiracies, mysterious men, countries that have never appeared on any map, and, oh yeah: Amelia Earhart. But a recent storyarc (collected by Vertigo in a trade called Flying Machine) reassured me that the feathery abstraction of her opening chapters was a deliberate choice; Air has grown into a complex, satisfying read with a lot to say.

Phonogram: The Singles Club by Kieron Gillen and Jamie McKelvie (Volume 2 in Ongoing Series)
The first volume, Rue Brittania, set down the rules: Pop music is literally magic, and it holds a dangerous, transformative power over us. In this second volume, which takes place over the course of one night at a British dance club, the DJ adds a few more: "No boy singers. Everyone must dance. NO MAGIC". As the chapters unfold, (each told from a different character's point of view) we watch some of those rules getting bent/broken. As before, McKelvie uses clean, bright, cartoony art to tell Gillen's mordant, darkly witty tale; that tension is one big reason the book lingers in the memory, I think.

RASL by Jeff Smith (Ongoing Series)
The man who brought us the brilliant and beautiful mega-series Bone has moved on, mostly, to other work like this much smaller tale of an art thief who plies his trade by phasing between dimensions - at great physical and psychological cost. Beautiful art and a fascinating, unpredictable story. Great stuff.

The Kurosagi Corpse Delivery Service, by Eiji Otsuka and Housui Yamazaki
This series (the 10th volume of which is due in February) follows a team of students whose supernatural abilities allow them to find dead bodies, talk to their unquiet spirits, and lug the corpses to locations that will permit the spirits to go to their final rest. As I've said before: I can't shake the feeling that there's more to this book - that in its own twisted, absurdly violent way, it's saying something larger about the Japanese attitude toward death. When you consider that 99 percent of the Japanese population chooses cremation, this book's utter fascination with dead bodies and the means to preserve them seems even more out there. In a way, it's the Japanese version of The American Way of Death. If you imagine Jessica Mitford wearing a handpuppet that talks to aliens.

Aya: The Secrets Come Out by Marguerite Abouet and Clement Ouberie (Volume 3 in Ongoing Series)
The latest chapter in a funny, soapy,beautifully rendered tale of a young woman growing up in the Ivory Coast of the 70's. As they did in previous chapters, Abouet and Ouberie saturate each page with vivid colors -- and vivid details of daily life (including recipes). Oh, and the title? About the secrets? Is no lie.

Detective Comics by Greg Rucka and JH Williams III (Ongoing Series)
A new team took over DC's warhorse Batman title in June - and a new character (Batwoman) did, too. The result: a gritty, consistently satisfying tale of a tough crimefighter making her way in the world. Intriguing new villains, along with a steady series of gut-punch revelations about her backstory, not to mention some gorgeous artwork (don't miss the seriously innovative stuff Williams is doing with page layout) make this a solid read. (Yep, she's gay, and yep, so is the lead character of the book's backup series. Rucka's gratifyingly matter-of-fact about it; fears that these characters would be put to cynical/exploitative use have come to naught.)

Yokaiden 2 by Nina Matsumoto (Volume 2 in an Ongoing Series)
While the plot of this manga series, written in English, doesn't exactly take the form in brave new directions (boy goes on quest to find his grandmother's killer and befriends yokai (spirits that haunt the Japanese countryside) as he does so), it is CHARMING AS ALL GET-OUT. Matsumoto's creepy-cute character design is the star, here - well, that and the engagingly written primers on the spirit world that she includes as supplemental material.

Secret Six by Gail Simone and various artists (Ongoing Series)
Simone recasts a classic DC team as a motley assortment of ruthless villains-turned-mercenaries. She clearly loves these characters, but seems to love putting them through hell even more, so every month Secret Six is one of the nastiest and most gleefully twisted books in my stack.

Captain Britain and MI:13 by Paul Cornell and Leonard Kirk (No longer ongoing, dammit.)
ManomanomanoMAN, but I miss this series. Why, you ask? Vampires missiles from the moon. That's why.

Final Crisis: Legion of Three Worlds by Geoff Johns and George Perez (Collected Mini-Series)
As I mentioned, most of the big companys' crossovers slid right off my cerebellum, but this Final Crisis spin-off, which features comics legend George Perez's incredibly detailed, cast-of-thousands two-page spreads, is a frickin' delight. (You can't help imagining Perez hunched over his desk; I actually felt my hand cramping in sympathy.) Granted, I'm a Legion of Super-Heroes fan, and the book's plot (which finds each member of a huge team of super-powered teens from the future joining forces with two different, alternate-universe versions of him- or herself to Save The World) demands AP-level nerdery. But you gotta love the villain of the piece: Imagine the most belligerent, opinionated internet commenter you know - now give him super-powers.

Oishinbo: A La Carte by Tetsu Kariya and Akira Hanasaki (Collected Mini-Series)
This series, newly translated into English, has gotten a lot of richly deserved attention this year. The plot's simple enough: A journalist sets out to build the classic Japanese meal. But the execution - equal parts family drama, cultural study, and cooking class - is where Oishinbo shines. Learn! The internecine rules of sushi-making! See! Fierce ramen-battles! Witness! Lovers reconciling over perfectly made asparagus! Just wonderful.

Marvel Divas (Mini-Series)
What could have been an utterly disposable and cynical exercise in cheesecakery turned out to be something surprisingly human, surprsingly fun, and just plain surprising. (It'll be collected in a trade due out in February.)

I Kill Giants by Joe Kelly and JM Ken Niimura (Collected Mini-Series)
I've said my piece about this '08 mini-series, which Image Comics collected this year. Reads even better as single volume.

Ooku: The Inner Chambers by Fumi Yoshinaga (Volume 2 in Ongoing Series)
Set in a feudal Japan that has been struck by a plague that's killed 75 percent of the men, Ooku posits a female shogun who keeps a harem of the region's most beautiful - and, um, skilled - men. Yoshinaga's known for her yaoi work, and Ooku does contain some frankly sexual situations, but the series isn't about sex, it's about the sexes: In particular, the reversal of male and female roles, and its effect on both sexual, and local, politics. (Thanks to the Manga Worth Reading blog for tipping me off about this series.)

Power Girl by Jimmy Palmiotti, Justin Gray and Amanda Conner. (Ongoing Series)
The character, and her costume, will always court controversy - she's basically a tempest in a D-cup - but this new series is about as good as superhero comics get. As written here, she's tough but vulnerable, self-assured but selfless, and bravely defends her city from evil albino mad scientist apes without a second thought. Which is to say: She's heroic. And artist Amanda Conner is doing her usual fantastic work; her close attention to facial expressions and body language gives this character a life she's never been given before.

Chew, by John Layman and Rob Guillory (Ongoing Series)
As I said here before: High-concept premise pulled off with considerable skill. The trade collecting the first few issues just came out. Pick. It. Up.