Accessibility links
'Glee' Star Jane Lynch's Long Road To Fame Actress Jane Lynch has spent 2009 animating Glee's ruthless cheerleading coach, Sue Sylvester. But Lynch began building her career well-before she started stealing scenes on Fox. In this memorable interview from earlier in the year, Lynch opens up about her life on- and off-screen. 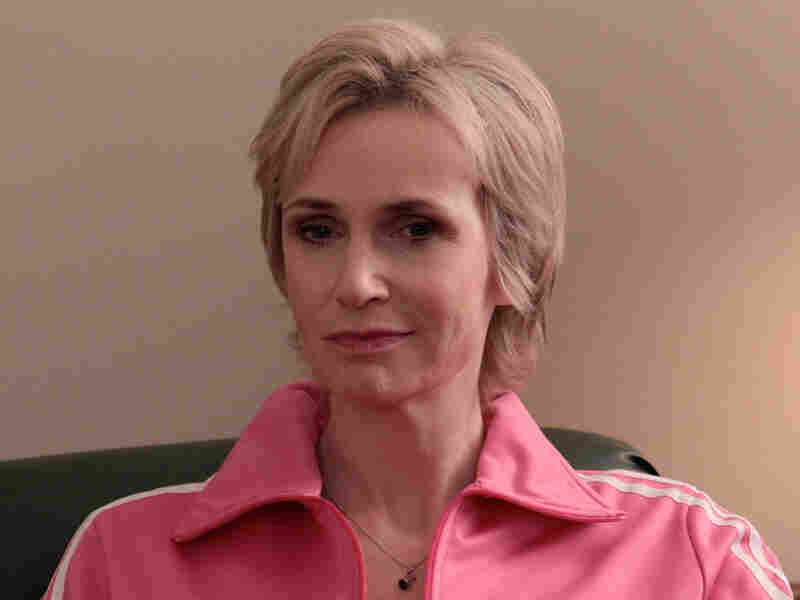 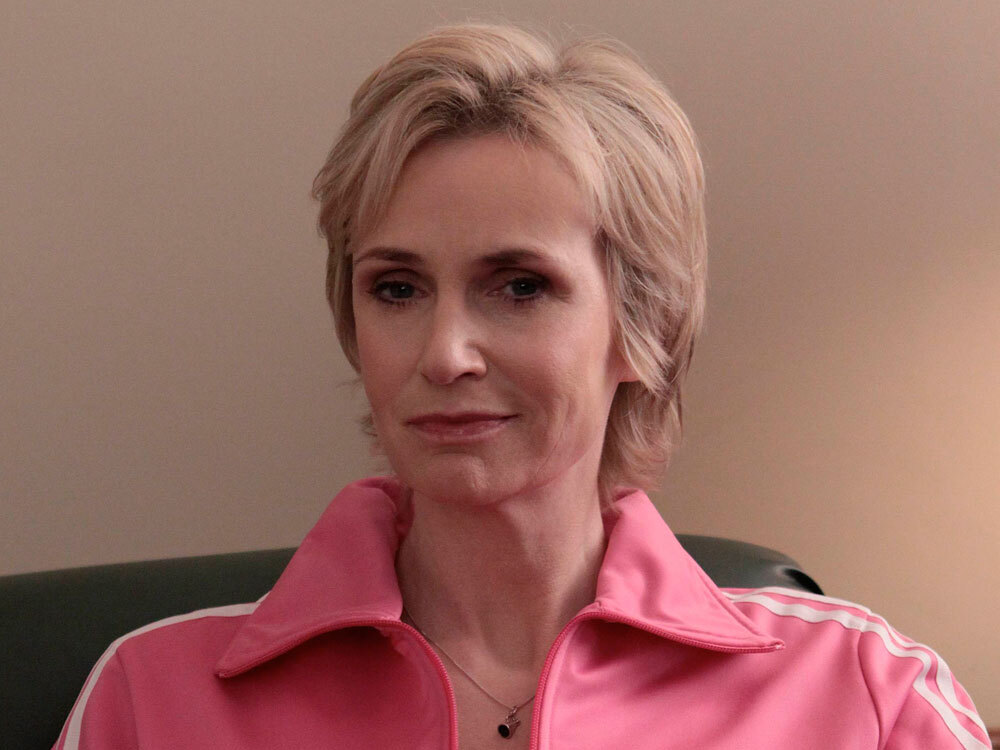 Jane Lynch describes the character she plays on the television series Glee as "power hungry, ruthless, cruel, delicious, and self-confident." As Sue Sylvester, Lynch plays a cutthroat cheerleading coach who's quick to let the series' hero, glee-club adviser Will Schuester, know who's in charge.

Glee isn't the first time Lynch has stolen the spotlight. Lynch got her start in commercials, but quickly moved on to acting in television. Her list of credits includes The L Word, Married...With Children, Gilmore Girls, 7th Heaven, Arrested Development and Desperate Housewives.

Through television, Lynch fell into a friendship with director Christopher Guest. "I was doing a commercial for Kellogg's Frosted Flakes, and he directed it," Lynch tells Terry Gross. Christopher Guest is known for mockumentaries like Best in Show and A Mighty Wind, many of which are based in improvisational dialogue.

"[Guest] directs commercials all the time. He loves doing that. And we did [the commercial] a la Guffman — Waiting For Guffman. It was improvised and everything."

Why Caning Is Underrated

Lynch ran into Guest a few months later to read for his new film, Best In Show. The part she won, as the hyperactive, lesbian dog trainer, both launched her film career and allowed her to own her identity as a gay actress. "I never hid who I was. I also didn't lead with it ... I wanted an easy life. And you know what? I am gay and still have any easy life."

Since Best Lynch has appeared in a variety of films from Judd Apatow's 40 Year Old Virgin to this year's Julie & Julia.

This interview was originally broadcast November 4, 2009.