Accessibility links
Obscure Music Finds An Outlet On The Web Advances in digital technology over the past decade have made it easier and cheaper to distribute music. But that doesn't necessarily mean those cherished, obscure LPs are turning up online — at least not legally. 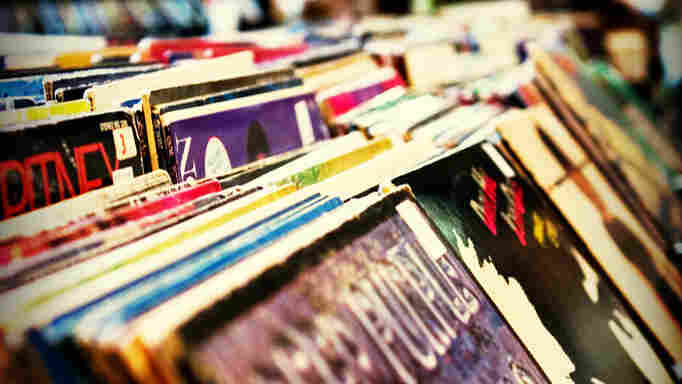 Advances in digital technology over the past decade have made it easier and cheaper to distribute music online. But it's fans, not labels, who are taking the lead. Fensterbme via Flickr hide caption 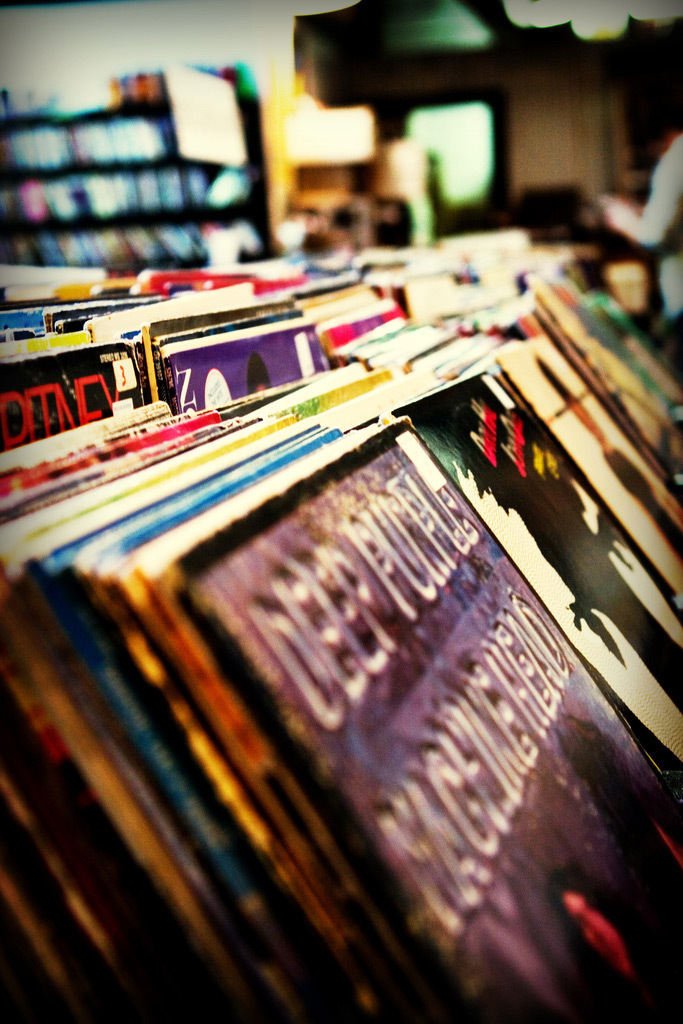 Advances in digital technology over the past decade have made it easier and cheaper to distribute music online. But it's fans, not labels, who are taking the lead.

Advances in digital technology over the past decade have made it easier and cheaper to distribute music than ever before. That's left music fans salivating at the idea that thousands of obscure, out-of-print recordings would soon be available again. In a sense, they are. But in many cases, it's fans — not record labels — who are doing the legwork.

If you want to find great records that nobody has heard in a while, it helps to get your hands dirty. One recent afternoon, Kenan Juska and Justin Cox took their portable turntable to one of their favorite spots in Brooklyn. From the street, it looks like any other junk store. In the basement, though, boxes of dusty old LPs and 45s are stacked to the ceiling — a crate-digger's paradise.

While Juska spins a hip-hop single by Harmony to check out its condition, Cox is flipping through oldies and film soundtracks, looking for something different.

"My favorite records of all time are like the really oddball ones," Cox says. "Like, the guys who just didn't fit into whatever commercial style it needed to be to make money at the time. I like the failures who made beautiful music."

The Internet theoretically should have made it easy for record labels to reissue the treasures stashed in their vaults. After all, it's pretty simple to turn an out-of-print album into MP3 files. But that's not exactly what happened. Eliot Van Buskirk writes about the music business for Wired.

"I've heard from a number of people that there are just vaults full of unreleased tracks, unreleased albums, live recordings," Van Buskirk says. "All of this stuff that the digital-music optimists among us, such as myself, kind of thought ... would all be available. And it just isn't."

At least, not from the record labels. But the Internet has given fans the tools to distribute rare recordings themselves. Some, like the Chances with Wolves guys, are pretty careful to comply with copyright law. You can stream their show live, though you can't download it. But many fans post their finds online as MP3s, where they're free for the taking.

"This is our way of sharing difficult-to-obtain music," says a guy we'll call "RF," who helps run a blog called Record Fiend. He doesn't want to use his real name, because a lot of what he's doing is technically copyright infringement. But he says there are rules.

"Among music bloggers, there's a code of honor, where if somebody else has posted a particular album, you don't do that then," RF says.

One of his recent discoveries is an LP reissue of songs from the 1920s by St. Louis country-blues guitarist Clifford Gibson.

"I decided the rest of the world needs to hear this stuff," RF says. "Nobody else is giving him the accolades he deserves, so why not me?"

There may be hundreds, if not thousands, of bloggers sharing their favorite records like this. For legal reasons, they tend to keep a low profile. But RF insists he's not trying to take money away from anyone.

"I'd argue that my music blog and the other excellent music blogs out there actually help the record labels and artists by exposing their music to a larger potential audience, and should lead to higher record sales."

It's Not That Simple

"They may have good intentions. But at the same time, it's not OK to decide how to promote someone's property when you don't own it," says Darin Soler, a vice president for digital music at Sony Legacy.

Before he can reissue an old record, Soler says he has to figure out who owns the publishing rights, locate the master recording and create music files that are ready to sell online. It's a lot of work for obscure titles.

"The amount of money that goes into clearing the long-tail end of the digital catalog doesn't have a huge payoff," Soler says. "We're still completely dedicated to doing it, but it has to be a more gradual process. We can't throw an infinite amount of resources at it when it doesn't generate huge amounts of revenue."

Still, Soler estimates that Sony has prepared about 10,000 albums for digital download so far. Still, many artists may never see an official digital reissue of their music.

Consider Aggie Dukes. Records by the singer are so rare that, until recently, even her own daughter had never heard them.

"I was so elated that it was still playing. People had told me she recorded. But she passed when I was 11," Katherine Dukes says.

She says she's grateful to the guys from Chances with Wolves for playing one of her mother's records on their Internet radio show, and for sending her MP3s that she didn't have, including her mother's version of "Swing Low, Sweet Cadillac."

"Who would ever look for a song like that, you know? Nobody would look for those if they wouldn't play 'em," Dukes says. "They give people and artists an opportunity to be played where they would not otherwise."

Dukes adds that her mother never made much money from those records. The Internet may not change that, but at least her music is easier to find — if you know where to look.