Accessibility links
The Bad Plus: Live At The Village Vanguard It's no use pretending that a crucial part of The Bad Plus' wide appeal isn't its re-imaginings of pop hits. But as it ushers in a new decade, the trio focuses mostly on new, original compositions. 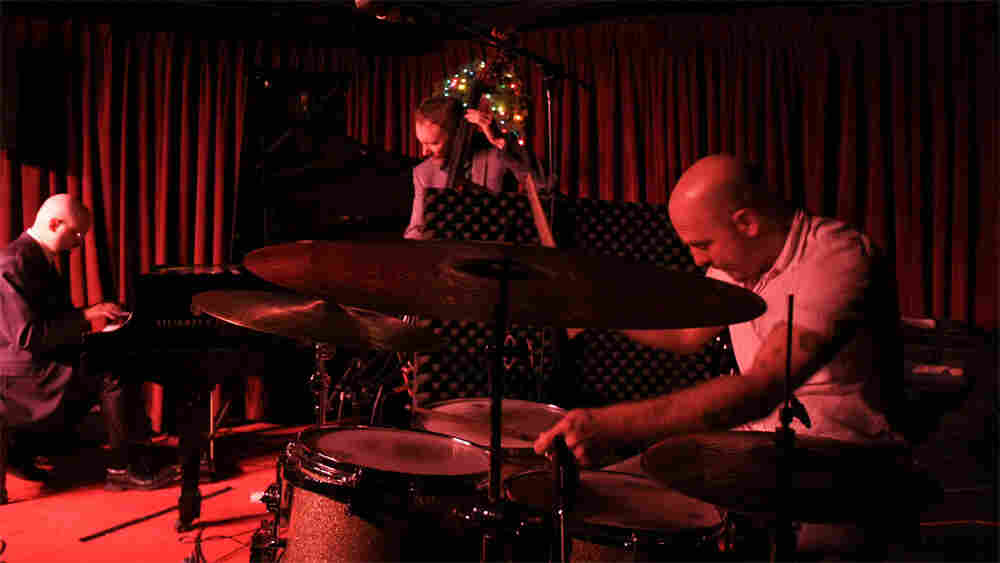 The Bad Plus performing at the Village Vanguard. John Rogers for NPR/johnrogersnyc.com hide caption 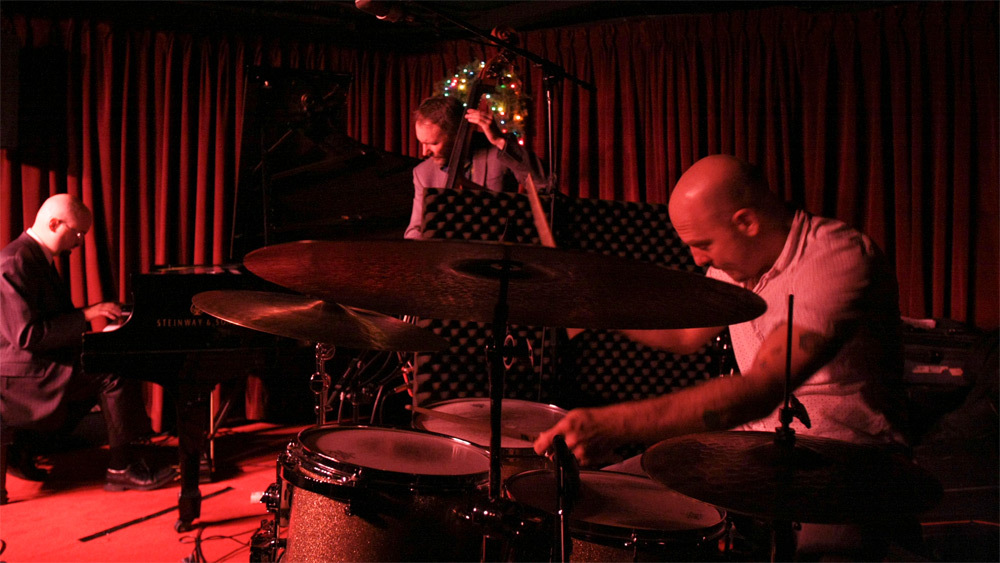 The Bad Plus performing at the Village Vanguard.

It's no use pretending that The Bad Plus' reverently outre re-imaginings of pop hits aren't a crucial part of the band's wide appeal. For its latest record, For All I Care, the trio even asked rock singer Wendy Lewis to join in the fun, completing a transition to a peculiar sort of jazz-inflected cover band. But for their New Year's Eve bash at the Village Vanguard, Ethan Iverson, Reid Anderson and Dave King are again but three on stage. And they executed a set of mostly original compositions — none of 'em rock tunes either. The Bad Plus counted down to midnight in the Eastern Time Zone on a performance recorded live for Toast Of The Nation and made available as a live video Webcast.

Longtime fans were treated to material that has yet to surface on record — newer tunes by all three band members. But The Bad Plus also dipped into its expanding repertory, which includes pieces first drafted by Ornette Coleman and Gyorgy Ligeti. (Mention of the latter drew unexpected hoots from fans of the composer.) The trio's orientation permits pianist Ethan Iverson to play his happily weird self, with power chords or trinkling tinkles between his spoken introductions. Reid Anderson is as bold on the upright bass as he is deft as a composer, and Dave King — soon to release a solo piano-and-percussion album — drums with a manic temperament, keeping things merrily rollicking along.

It's fitting that The Bad Plus ushered in a new decade: Keen jazz observers would be hard-pressed to imagine the last 10 years without them. The group reached ubiquity in the jazz world, and broke through to other audiences, with its first major release, 2003's These Are The Vistas. Since then, it's recorded a steady stream of new original works, while mining the vast well of pop music, late 20th century jazz and the odd contemporary classical interlude.

The trio has toured the world steadily since its first breakthrough, playing the jazz club circuit as frequently as it hits rock halls and festival stages. But in New York, it's a favorite draw at the relatively tiny Village Vanguard. It wasn't be the first Bad Plus New Year's Eve at the club either — apropos for a band that's always plied both festive humor and crackling talent.

55:19
Back To Top
More from Live At The Village Vanguard