Accessibility links
Actress Lucy Lawless Plays Not My Job Ever wonder how Xena: Warrior Princess would hold up against the NPR news quiz? We'll finally find out. Lawless — who is currently starring in the new Starz program Spartacus: Blood and Sand — will answer three questions about great American innovators. 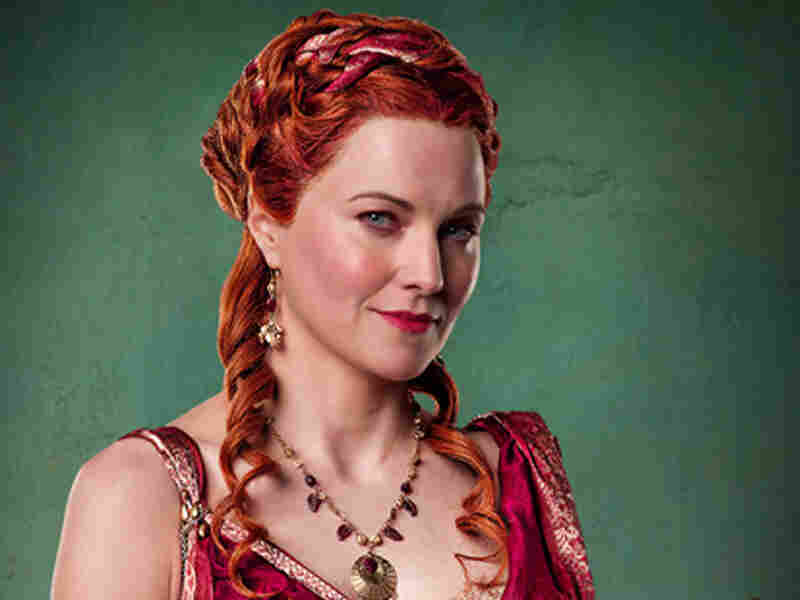 Lucy Lawless is kind of like King Midas, but for nerds: pretty much every sci-fi or fantasy thing she touches turns to gold. Xena: Warrior Princess and Battlestar Galactica are true classics — the kinds of programs nerds will tell their children about ... if they ever manage to reproduce.

Lawless is starring in the new Starz program Spartacus: Blood and Sand, which guarantees that pasty people will be dressing up as its characters at conventions for decades to come.

We're asking Lucy to play a game called "We didn't have the chance to say thanks." Three questions about great American innovators who died recently.