Accessibility links
$uper$tar Ke$ha Top$ Chart$ Ke$ha's debut album has sold more than 150,000 copies in its first week. Here, the pop star talks about her success and tells the stories behind her songs.

"Ke$ha's music is repulsive, obnoxious and ridiculously catchy," reads a Rolling Stone review of her new, chart-topping debut album, Animal. Described by the artist as a celebration of "boys, boots, beer, boobs" and another B-word not suitable for Saturday-morning radio, Ke$ha's debut album has sold more than 150,000 copies since its release on Jan. 5. She recently sat down with Weekend Edition Saturday host Scott Simon to talk about her music. 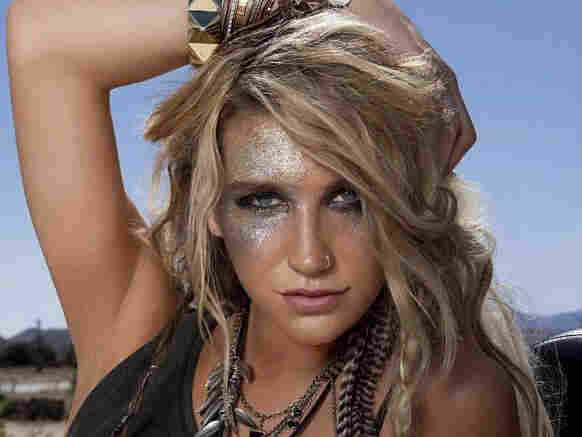 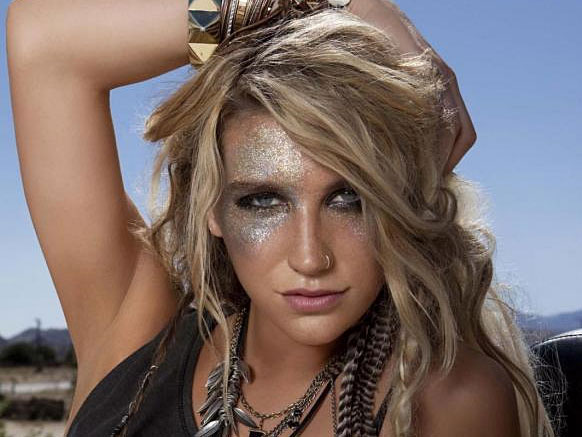 "With this record, I just want to make people happy," Ke$ha says. "I think the whole record is a celebration of fun, youth and life."

Ke$ha -- pronounced KESH-ah -- grew up in the music business. As the daughter of songwriter Pebe Sebert ("Old Flames Can't Hold a Candle to You"), Ke$ha began writing songs with her mother after school.

"When I was in high school, I'd come home, and for fun we'd write songs together," she says. "I wrote every song on this album. I always knew it was what I wanted to do. ... I never believed in having a backup plan."

With near-perfect SAT scores, for her, a backup plan was never out of the realm of possibility. As a teenager, Ke$ha had a strong intellectual curiosity that extended beyond the music world.

"I was very studious," she says. "I was in the international baccalaureate program, I loved physics and math, and I was in the marching band. After practice, I would drive to Belmont [a college in Nashville] and listen to Cold War history classes; I just think it's so interesting. I was really curious about a lot of things that are much deeper than partying and dancing."

Apart from partying and dancing, Animal deals with many topics relevant to teenagers: friends, love, pain. In "Stephen," the 22-year-old sings about a love interest who refuses to give her the time of day.

"I really think this is the best revenge," she says with a laugh.

As a woman who describes herself as "standing for fun" -- and who claims to brush her teeth with Jack Daniel's -- Ke$ha is the latest phenomenon to assume the classic role of the pop star with attitude.

"You can't take for granted that this is pop music," she says. "It's not rocket science, it's not brain surgery, and I'm gonna stand by the fact that I'm proud of this record. I'm not a moron, so there."