Accessibility links
Frozen In France? Thank The Arctic Oscillation From Britain to Beijing, folks have been shivering their way through a remarkably cold and snowy winter. Meanwhile, in parts of the Arctic, it's downright balmy — though still below freezing. What's behind all this unusual weather? It's the Arctic Oscillation — and it's gone negative. 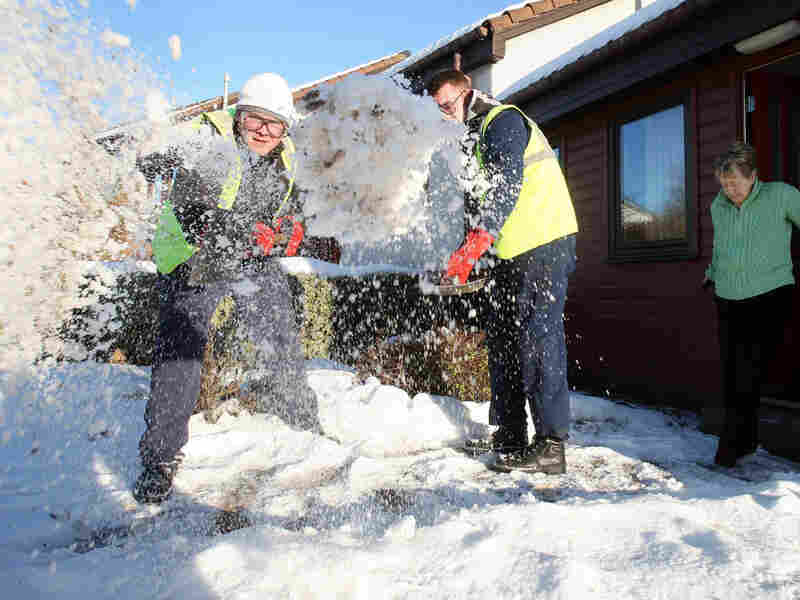 The prolonged Arctic blast is now the worst cold spell seen in Scotland for almost 50 years, according to the country's first minister. Andrew Milligan/Press Association via AP hide caption 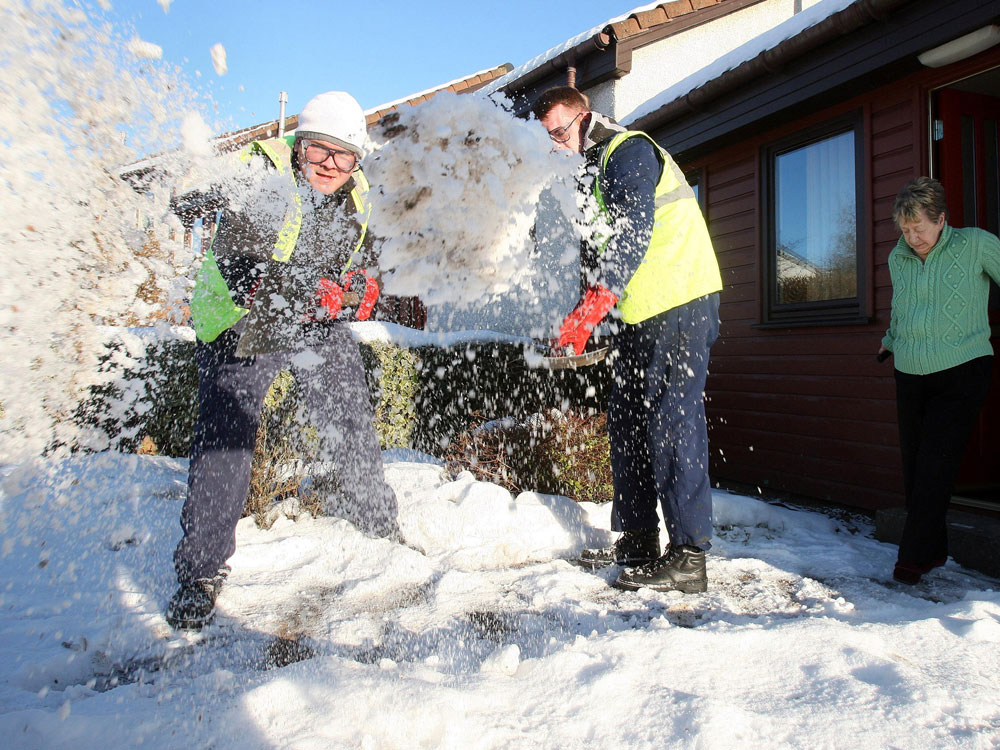 The prolonged Arctic blast is now the worst cold spell seen in Scotland for almost 50 years, according to the country's first minister.

This winter, many Brits have been shivering through their coldest cold snap in 30 years.

And on a flight from Dallas to Washington, D.C., an All Things Considered producer encountered a headwind strong enough to delay his plane. That's uncommon, because the wind usually blows the other direction.

So what's behind all this unusual weather?

According to Mark Serreze, it's the Arctic Oscillation.

Serreze is the director of the National Snow and Ice Data Center at the University of Colorado at Boulder. He tells host Guy Raz that the Arctic Oscillation is basically "just a honking big weather pattern. And it's rather unpredictable."

In December, the Arctic Oscillation went into extreme negative mode — more negative than it's been since at least 1950. Serreze says that has affected weather all over the Northern Hemisphere.

"At the very same time that we've seen these areas in the middle latitudes with sub-zero temperatures and big snow storms, the Arctic has been much, much warmer than normal." Ten to fifteen degrees warmer in some places.

According to Serreze, the shift in the Arctic Oscillation has nothing to do with climate change and everything to do with the vagaries of weather. At the same time, he says, the chances of going so negative are exceedingly small.

"It would be like if you had a deck of cards and you told someone, 'Well, I'm going to pull the ace of spades out of here.'" And you actually did it, right? Well, having us going through this extreme negative mode is even more rare than something like that."

Serreze says he can't yet predict the effect of balmier Arctic temperatures on that region's ice melt. He notes that when the Arctic is warm, less ice grows in the winter. On the other hand, he says, the wind patterns associated with the Arctic Oscillation's negative phase actually keep ice in the Arctic, rather than transporting it to the North Atlantic, where it would melt.

Though the situation will become clearer this spring, Serreze fears that the result of these competing effects will still be bad for the region. He says the extent of Arctic sea ice is already a million square kilometers below normal.