Accessibility links
First Listen: Charlotte Gainsbourg, 'IRM' The daughter of French pop artist Serge Gainsbourg and actress Jane Birkin has found success as an actress, as well as a singer and songwriter. Her latest record, IRM, finds her enlisting Beck.

Hear The Singer's New Album, Co-Written And Produced By Beck 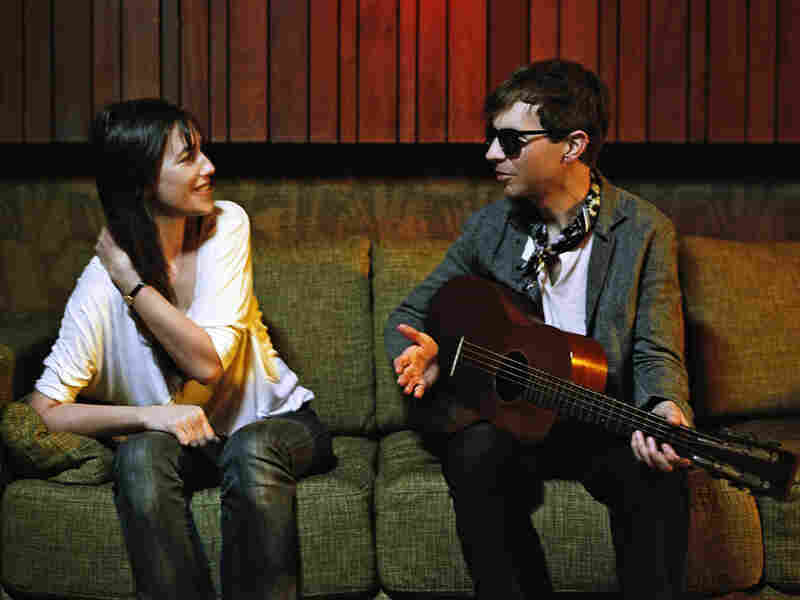 For IRM, Charlotte Gainsbourg teamed up with Beck, who co-wrote and produced the record. Paul Jasmin hide caption 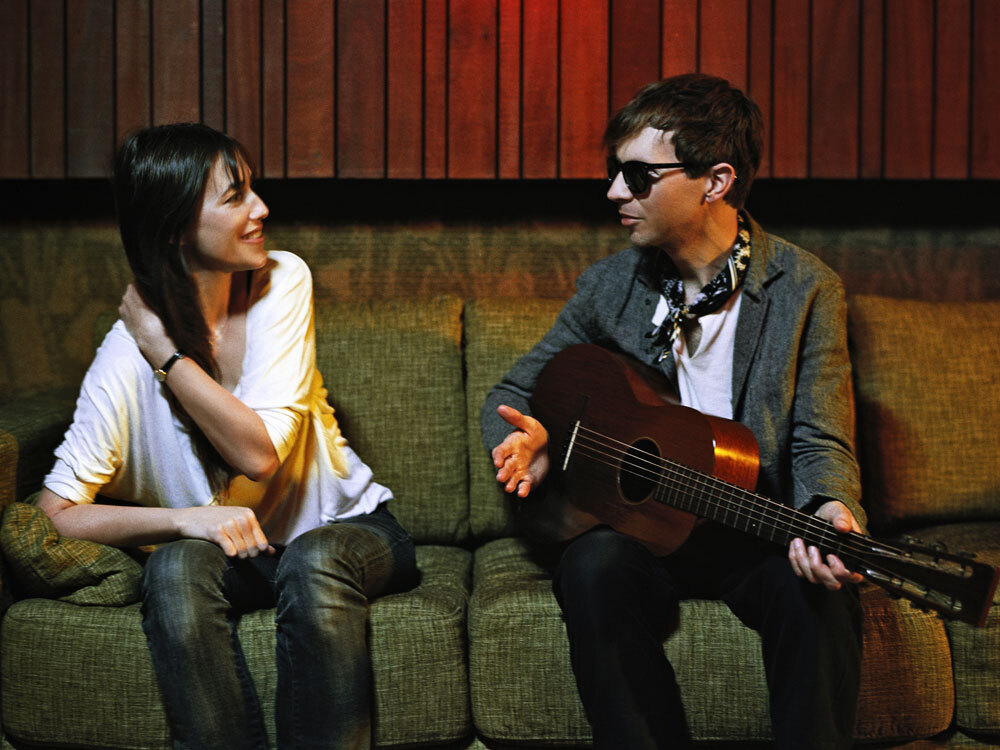 For IRM, Charlotte Gainsbourg teamed up with Beck, who co-wrote and produced the record.

Audio for this feature is no longer available. The album was released on Jan. 26, 2010. 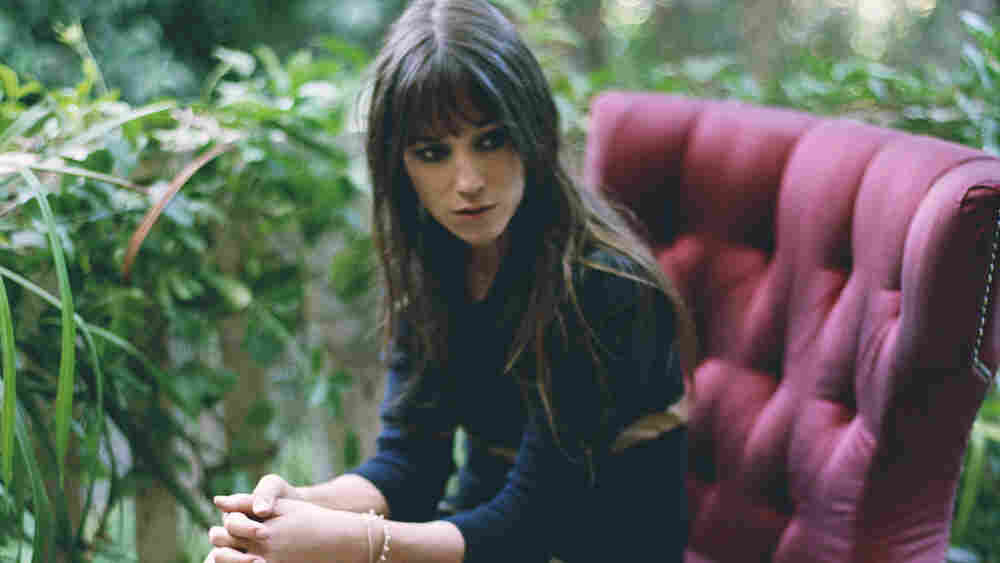 As the daughter of French pop artists Serge Gainsbourg and Jane Birkin, Charlotte Gainsbourg has found success as an actress, as well as a singer and songwriter. Paul Jasmin hide caption 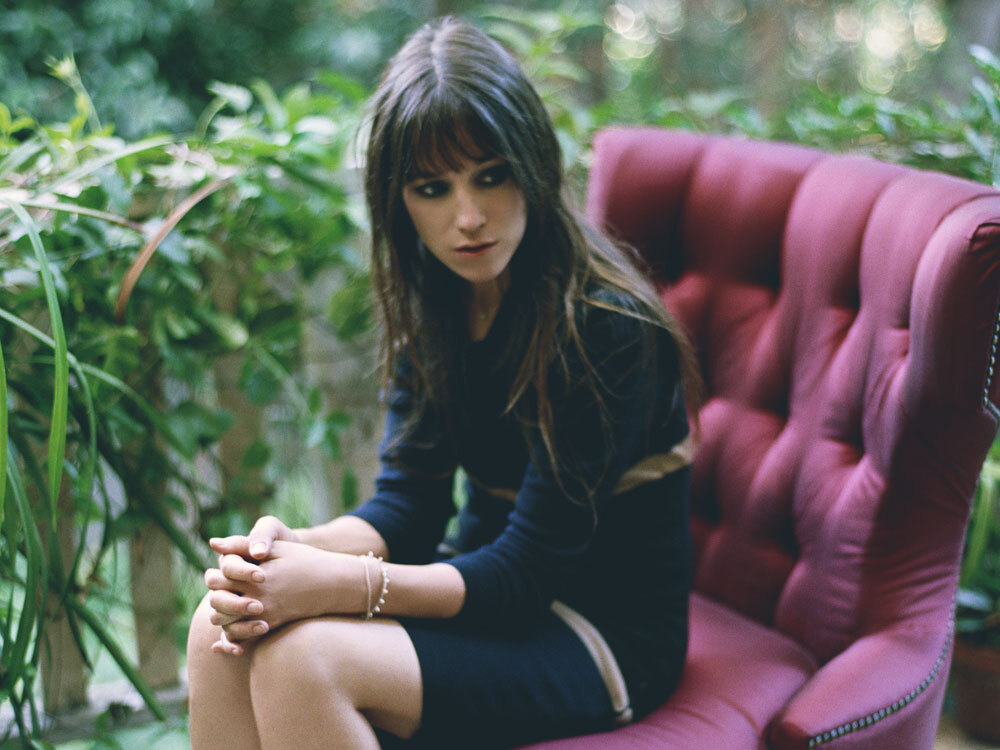 As the daughter of French pop artists Serge Gainsbourg and Jane Birkin, Charlotte Gainsbourg has found success as an actress, as well as a singer and songwriter.

Typically, when actors make the transition to music, the results can range from mixed to regrettable. But for Charlotte Gainsbourg, the daughter of French pop artist Serge Gainsbourg and English actress Jane Birkin, there's an obvious musical pedigree. And while that almost certainly brings with it unreasonably high expectations, Gainsbourg has successfully plotted her own path as both an actress — working with directors Todd Haynes, Michel Gondry and Lars von Trier — and a singer-songwriter. For one thing, Gainsbourg knows how to attract top-shelf collaborators who bring out her best side.

On her 2006 album 5:55, Gainsbourg surrounded herself with a remarkable lineup: music by Air, lyrics by Pulp's Jarvis Cocker and The Divine Comedy's Neil Hannon, and production by Nigel Godrich. Gainsbourg's new follow-up, IRM, continues in that spirit, this time turning to Beck, who produced and co-wrote the album. You can hear IRM in its entirety here, a week before its release on Jan. 26.

Sensing that they shared a common aesthetic, Gainsbourg enlisted Beck for nearly every aspect of the creative process: Beck wrote all the music, co-wrote the lyrics and produced and mixed the recording. He also brought in many players from his regular cast — Joey Waronker and James Gadson on drums, Brian LeBarton on keyboards — as well as his own father, David Campbell, who composed string arrangements.

For Gainsbourg, IRM is dramatic and personal. It's inspired, in part, by her health scare in 2007, in which she suffered a brain hemorrhage following a water-skiing accident; she required frequent hospital trips for MRI scans — or "IRM" in French. She later incorporated the buzzing electronic noise and rhythm of the scanner into the album's title track. In it, Gainsbourg's words — "Hold still and press the button / Looking through a glass onion / Following the X-ray eye / From the cortex to medulla" — marry clinical jargon with feelings of helplessness and claustrophobia.

As for Beck, his musical fingerprints can be heard all over the album's diverse instrumentation. From the understated blues of "Dandelion" and the fuzzed-out guitar of "Trick Pony" to the punch-drunk parlor piano in "Heaven Can Wait," Beck has helped compose a sonic and spiritual companion to his 2003 album Sea Change.

Naturally, Serge Gainsbourg's cinematic French pop is also a reference point: "Le Chat Du Café Des Artistes" re-creates the orchestral flourishes, abrupt bursts of guitar and funky bass grooves of his 1971 masterpiece Histoire de Melody Nelson. This is familiar territory for Beck, who aped many of the same elements on the Sea Change song "Paper Tiger." At times, even Charlotte Gainsbourg's alluring whisper is so muted, it hearkens back her father's spoken-word vocals. And then there's "La Collectionneuse," with its sleek, slow-building electronic minimalism.

While there might not be many rocking show-stoppers that forcefully grab attention, the joy in IRM comes in the lyrical subtlety and layered details that unspool upon each listen. For fans, Gainsbourg and Beck's partnership is a dream match-up of strong musical personalities.