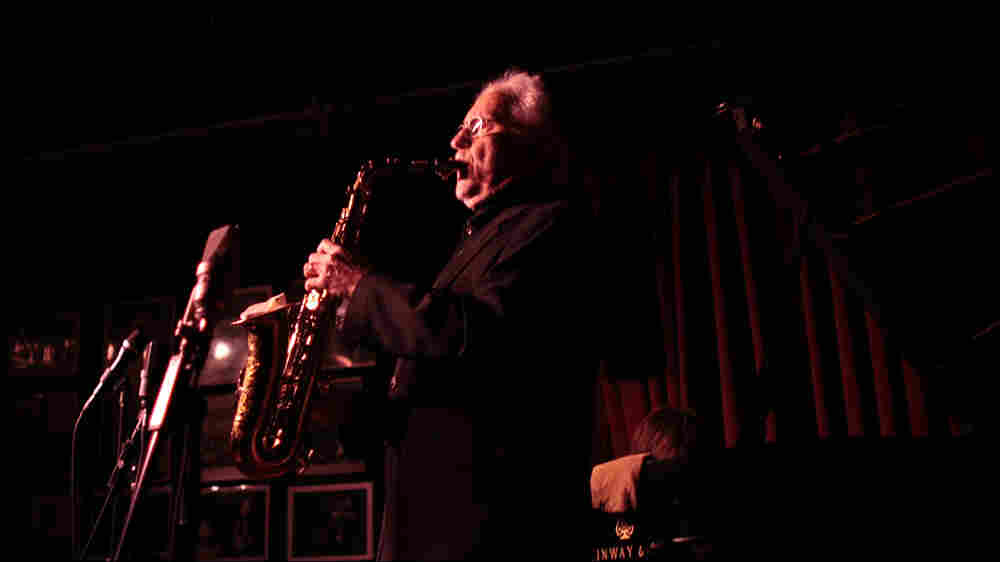 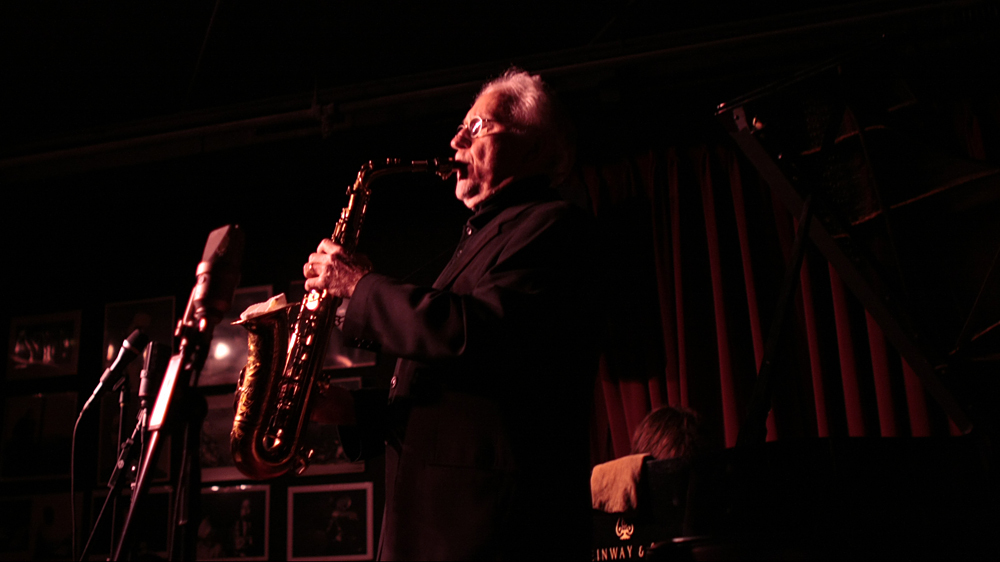 Nobody knows for sure which tunes the venerable alto saxophonist Lee Konitz had planned for his recent visit to the Village Vanguard — probably because he doesn't plan his sets much these days. In recent years, he's become fond of a certain game: Somebody in the band starts a jazz standard, and everyone else joins in once they figure out what it is. Sometimes the music takes on another sort of controlled anarchy, in which freely improvised chord progressions structure the proceedings.

We do know that Konitz, an octogenarian still going full tilt, has these approaches well oiled. Joined by pianist Dan Tepfer and drummer Matt Wilson, he played the Village Vanguard for a live radio broadcast and audio/video webcast on Wednesday, Jan. 20 at 9 p.m. ET. WBGO carried the concert live on air, and NPR Music streamed the music live online on this page.

After an entire career of stretching jazz standards to their limits, Konitz still loves a good melody. Sometimes breathy, or a bit sour, or even muffled with a piece of cloth in his bell, Konitz still sounds like he's in total command of his horn, even as he cedes command of the set list. (There's more open space than there once was, but there are still plenty of lyrical turns of phrase.)

In recent years, he's also taken to working with a variety of highly capable players many years his junior. Dan Tepfer is one of those — he is 28, Konitz 82 — but the two have worked together often, even teaming up to record a series of freely improvised duets (Duos With Lee, 2009). Matt Wilson is in his 40s, and can play colorfully in almost any imaginable setting — and has himself recorded a series of duets with Konitz (Gong With Wind Suite, 2003). Konitz's weeklong residency is the first time this particular bass-less lineup played together, but all came together to spontaneously create many a tactile groove or spacious framework.

Konitz came onto the scene as bebop did, but he always maintained a distinct voice through that and every subsequent stylistic revolution in jazz. Working with Lennie Tristano, Stan Kenton and the Miles Davis Birth of the Cool sessions led critics to categorize his style as "cool jazz"; after a long career of performing in ever-widening contexts, perhaps that's better classified as an unorthodox imagination at large.

The result is that Konitz is among the few who could lay claim to the designation of jazz legend. As such, he's played the Vanguard on many occasions, though he didn't lead a group at the venue between 1983 and 2009. But he returned again in early 2010, which provided plenty of intrigue in itself.