Accessibility links
The Wonderfully Fickle, Weird Internet And 'I Already Work Around The Clock' Harrison Ford has found his way into an Internet sensation.

The Wonderfully Fickle, Weird Internet And 'I Already Work Around The Clock'

The Wonderfully Fickle, Weird Internet And 'I Already Work Around The Clock'

So while I was in Los Angeles, "I already work around the clock" happened.

In case this particular meme has missed you, it relates to the trailer for the Harrison Ford/Brendan Fraser film Extraordinary Measures (opening this Friday), which you may know as the movie that makes you think, "What is Harrison Ford doing on a TV movie? Oh ... okay." In the film, Ford plays a researcher pressed into service by a father who needs a cure for his two sick children. The trailer includes a moment in which Fraser (apparently) tells Ford that they can do it if they "work around the clock," to which Ford hollers, "I ALREADY WORK AROUND THE CLOCK!"

What on Earth, after the jump. 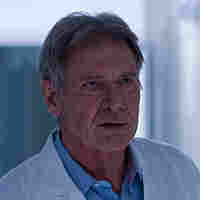 There are many variations. I have seen it myself in countless social media wanderings, from one tweet declaring the intention to open a Jamaican restaurant called I Already Jerk Around The Clock, to enthused discussions on Facebook of how Bill Haley and the Comets started the whole thing with their original song, "I Already Rock Around The Clock."

It really works for anything. Sure, Extraordinary Measures opens this week, but so does Tooth Fairy -- or, as I like to call it, I Already Work Around The Rock. Substitute it for overdone catchphrases of the past: wouldn't it be better if, instead of "Show me the money!", Tom Cruise had yelled "I already work around a jock"?

I am personally waiting for John Krasinski, in character as The Office's Jim Halpert, looking into the camera and shouting, "I ALREADY SMIRK AROUND THE CLOCK!"

I'm going to stop now, because -- and this is what makes it great and stupid -- we could do this all day without breaking a sweat.