Accessibility links
Review: The Knife, 'Tomorrow, In A Year' Something beautiful happens in the midst of The Knife's electro-opera, based on Charles Darwin's The Origin of Species: The music itself evolves as the album progresses.

Review: The Knife, 'Tomorrow, In A Year'

Review: The Knife, 'Tomorrow, In A Year'

In Collaboration With Mt. Sims And Planningtorock

Audio for this feature is no longer available. The album was released on Feb. 2, 2010. 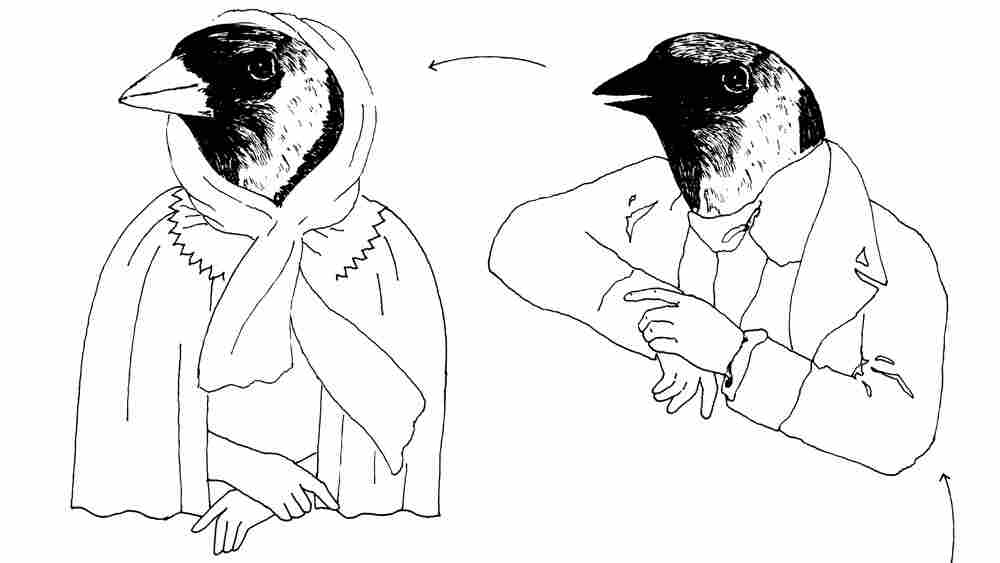 Something beautiful happens in the midst of The Knife's 90-minute electro-opera, based on Charles Darwin's The Origin of Species: The music itself evolves as the album progresses. Courtesy of the artist hide caption 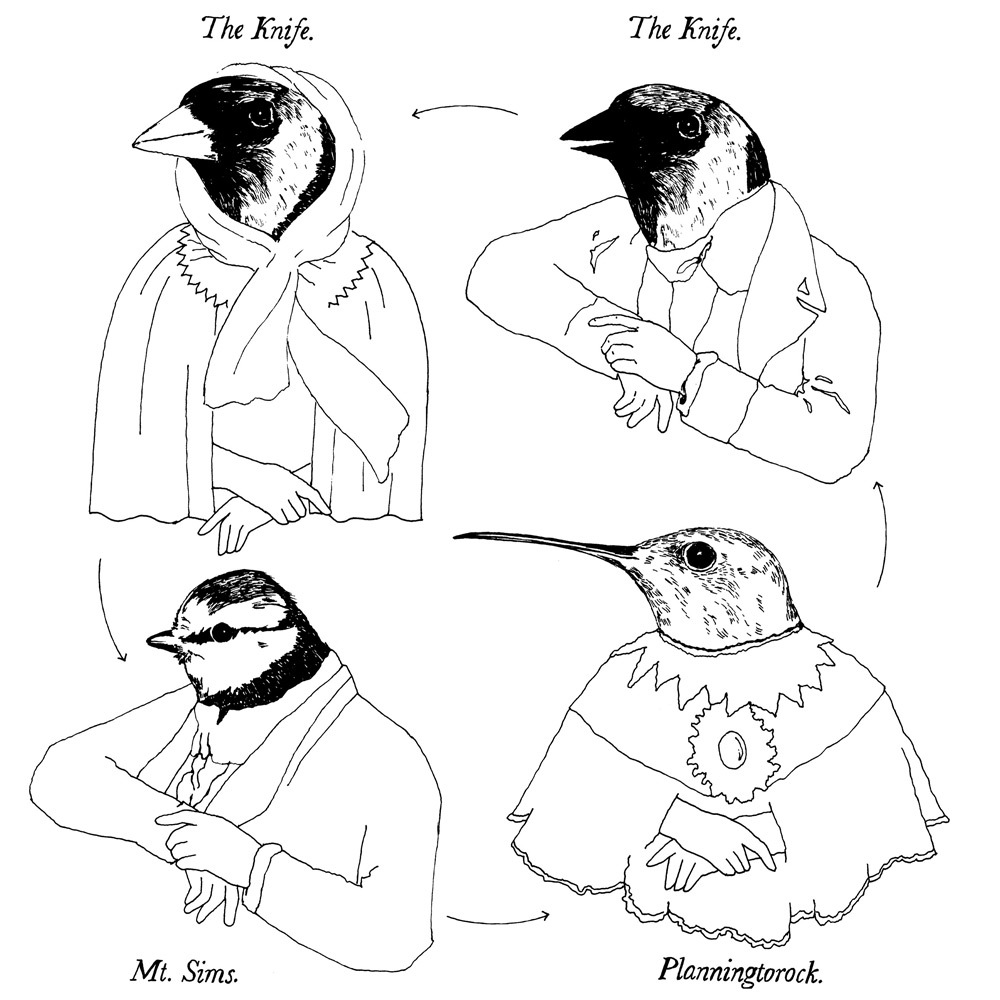 Something beautiful happens in the midst of The Knife's 90-minute electro-opera, based on Charles Darwin's The Origin of Species: The music itself evolves as the album progresses.

The brother-sister duo in The Knife never quite does anything simply. For every pounding dance-floor confessional ("Heartbeats"), there's a dark figure at the edge of the disco ball's reach ("Marble House"). The band's duality serves its mystery well, especially when The Knife's sister-half, Karin Dreijer-Andersson, stepped out on her own as Fever Ray last year. But when the Danish performance group Hotel Pro Forma commissioned The Knife to write an electro-opera based on Charles Darwin's 150-year-old-book The Origin of Species, the scope of The Knife begins to suddenly — forgive the term — evolve with Tomorrow, In a Year. You can listen to entire 92-minute electro-opera here until its digital release on Feb. 2. (A 2-CD physical release arrives March 1.)

Hear A Roundtable Interview With The Knife, Planningtorock And Mt. Sims. Jan. 28, 2010

For the studio version of the opera, The Knife continued its stage collaboration with two Berlin-based electronic acts to shape the instrumentals (Planningtorock) and melodies (Mt. Sims), three different voices (an opera singer, an actor/singer, a pop singer) and Icelandic percussionist Hjorleifur Jonsson. Where the staged production only features the aforementioned voices — the work premiered Sept. 2, 2009, at the Royal Danish Theatre in Copenhagen — Olaf and Karin Dreijer-Andersson were keen on a personal approach to the recording. We hear the warmth of mezzo-soprano Kristina Wahlin in the same breath as Karin over Kraftwerk-ian rhythms, crossing worlds with confidence perhaps only instilled by the libretto.

The piece begins presumably how the universe did, with silence. Drips of electronics build a form — somewhat hesitant, yet fearless. The Knife approaches art in the same way: There's always been a sense of icy vulnerability, yet more than ever, the duo charges bravely into sonically challenging territory from the outset of Tomorrow, In a Year. Wahlin's operatic voice comes through the primordial muck minutes into "Epochs" amidst throbbing synths and cymbals. It's a sublime pronouncement, the chaos coming into harmony.

Order from iTunes
Order from The Knife's Web site

It's one thing to write an opera about Darwin; it's another entirely to use his theories as a basis of composition. Olaf Dreijer spent time in the Amazon jungle, researching and recording animals and objects. He learned from their timbres, infusing not only the field recordings into the piece (see "Letter to Henslow"), but also mimicking them with synths. "Variations of Birds," for instance, demonstrates how a species learns, mimics and evolves, as a solo synthesizer emits a screech of minimal splatter. But the variations gain a new sense of being halfway through, as "pop singer" Jonathan Johansson croons over a dark choir of ethereal voices. It's a thrilling point where the opera becomes aware just as the species does.

It's fitting, then, that the second disc begins with "Annie's Box," a song about Darwin's letters to his daughter. With sobering cello, an impassioned vocal delivery from Kristina Wahlin, and pastoral electronics, it conveys the warmth of a Max Richter composition, taking listeners to an unknown place with a familiar emotion. For a figure seen by most as a theoretician, it's powerful to hear Darwin as a human, a father. And, really, that's what The Knife and its collaborators accomplish throughout: We see the world through Darwin's eyes. His theories of evolution developed over the course of 20 years and, as such, the piece follows suit with the cultural renaissance of "Colouring of Pigeons." The disparate characters — the synth-pop duo, the Berlin-based avant-electronic artist, the opera singer, the actor, the pop singer, the percussionist — finally coalesce into one sentient, rhythmic being. This is an organic future, built up from The Knife's keen sense of songcraft and burned with Wahlin's operatic voice as it intertwines with Karin Dreijer-Andersson like Meredith Monk twiddling a pair of glow sticks.

Tomorrow, In a Year is a challenging and profoundly moving piece of work. When Hotel Pro Forma commissioned an opera focusing on the biology and geology of The Origin of Species, they might not have expected such a personal and ultimately human statement about evolution. But here it is.

Please leave your thoughts on Tomorrow, In a Year in the comments section below.