Accessibility links
Comedian Russell Peters Capitalizes On Indian Roots As a small South Asian kid with a big mouth, Russell Peters found himself the victim of race bullying. To coax his bullies from rage to laughter, he used self-deprecating comedy. Decades later, he is still poking fun at his own ethnic quirks to disarm audiences, and in the process, he is becoming one of the highest-earning comedians. 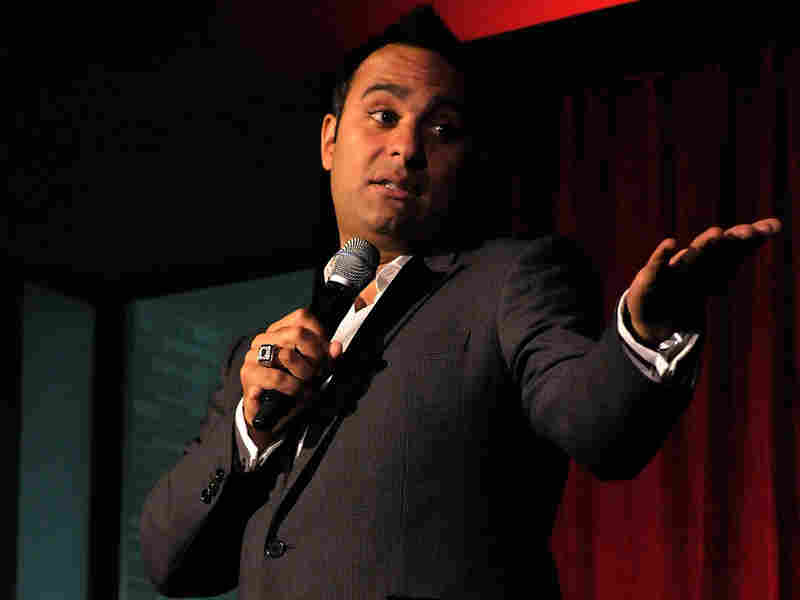 Russell Peters has made a career of poking fun at ethnic peculiarities. He is now one of the highest-earning comedians. Michael Tullberg/Getty Images hide caption

Peters was born in Canada to South Asian parents. After more than 20 years in the comedy business, he was named by Forbes magazine last year as one of the 10 top-earning comedians in the United States.

He is now on the road with his Green Card Tour. He spoke with NPR's Audie Cornish from New York City.

After ribbing Cornish about her family's Jamaican roots, he confessed his love for speaking in accents that are not his own.

"Sometimes I get stuck in a Chinese accent and just want to talk to everybody like a Chinese person," Peters says. "Sometimes I might even just talk like myself, but that's on a crazy day."

One of his standup routines includes a bit about the Indian accent.

"We know it's not the coolest accent in the world," he jokes.

Peters says his career in comedy started when he was a kid — small in stature with a big mouth. 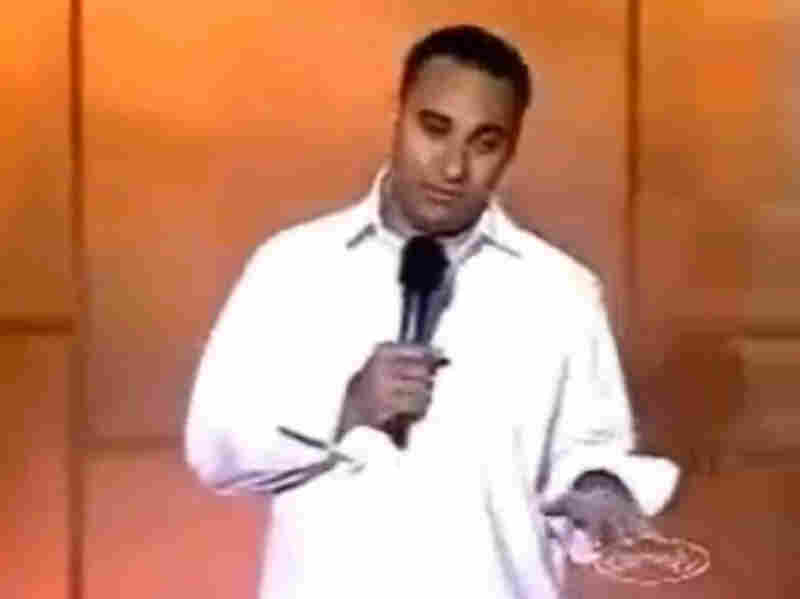 "I was a victim of a lot of racial bullying," he says. "Because I was so small and didn't know how to fight, or couldn't fight back, I would try to flip the situation so that the bully would end up laughing and they're thinking I'm making fun of myself, but really at the end of the day, I was getting myself out of an ass-whooping."

Today he says he doesn't look at his comedy material in the context of being politically correct, or not, but rather, he thinks about the motivation of the comic.

"It's almost like talking to an old person or a kid — those are the two most honest people that you'll meet. They'll tell you exactly what they think and exactly what they see, and they're not saying it to hurt your feelings and they're not saying it to get a rise out of you, they're just saying what they see," Peters says. "When I go to do my act, I go with the same sort of earnest honesty."

As a kid being bullied about his race, Peters says he felt like he was the only one feeling the way that he did.

"And then throughout the years of doing comedy and people connecting with it that way, you realize, this is a lot of people's experiences," he says.

The Official Website Of Russell Peters
Forbes: Slideshow Of The 10 Top Earning Comedians