Accessibility links
Exclusive First Listen: Lionel Loueke Loueke is a jazz guitarist and vocalist. But if you've never heard him, his music sounds nothing like the work of the crooning strummer that description conjures. Hear his new album of spare yet intimate duos and trios, Mwaliko, in its entirety prior to its commercial release on Feb. 9.

Hear 'Mwaliko' In Its Entirety A Week Before Its Release

Audio for this feature is no longer available. The album was released on Feb. 9, 2009. 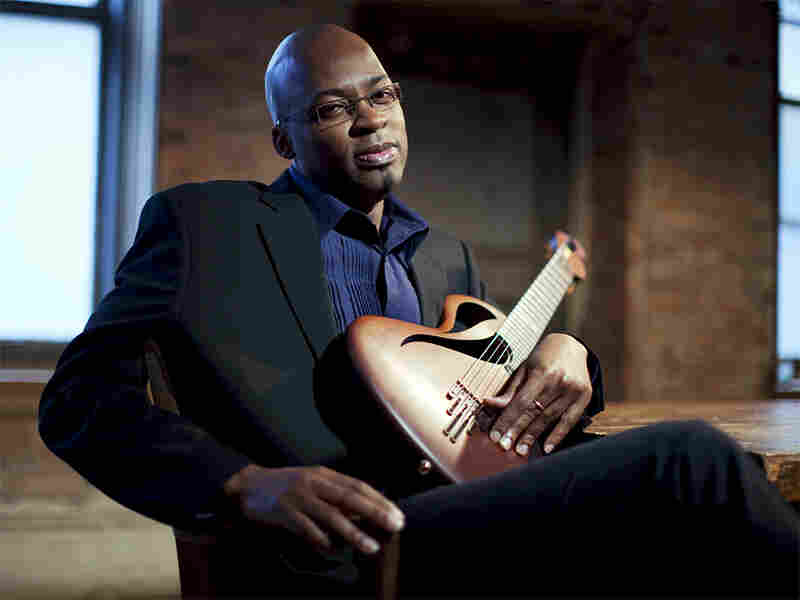 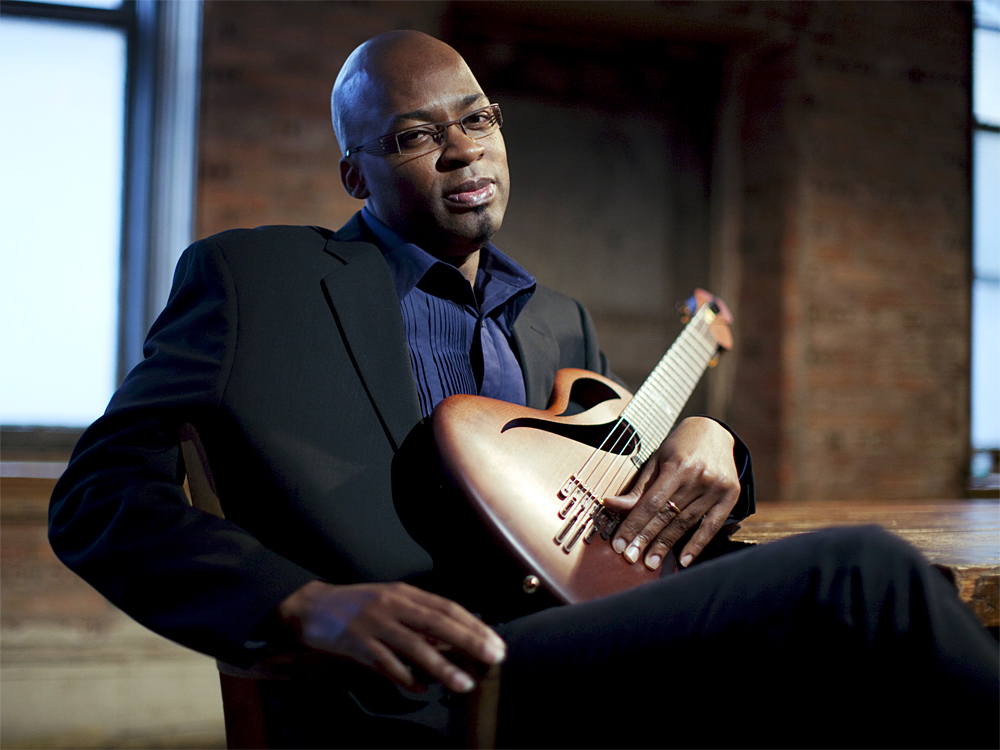 The title of Lionel Loueke's new album, Mwaliko, is Swahili for "invitation."

Lionel Loueke is a jazz guitarist and vocalist. But if you've never heard him, his music sounds nothing like the work of the crooning strummer that description conjures.

His is a dialect that speaks for the diversity and globalization that is 21st-century jazz. Its raw sound was forged in years of tweaking a low-tuned, nylon-string electric guitar; its vocabulary owes as much to jazz as it does to the traditional music of West Africa, where he was born and lived for 21 years. And then there's Loueke's singing style: plain and deep, soft and gentle. That is, when he actually sings, as his vocal art also incorporates mouth noises: pops, clicks, wet smacks, wordless solo-doubling and spasmodic speaking-in-tongues exhortations. All done in perfect time, of course.

It's a style capable of ravishing things, especially in spare settings. Loueke seems to know this: His new album, Mwaliko, is a record of duos and trios. The duos are all-star collaborations, albeit the sorts that actually match musical personalities. Singer Angelique Kidjo and Loueke's mothers know each other from back in Benin; they take on a West African anthem in "Ami O," as well as another traditional song called "Vi Ma Yon." Bassist and singer Richard Bona is from Cameroon; he harmonizes with Loueke in "Wishes" and "Hide Life," the latter of which is a play (on words and in music) on West African high life music. The exuberant, chirpy Esperanza Spalding is a perfect foil on acoustic bass and voice in the Loueke tunes "Twins" and "Flying." And drummer Marcus Gilmore is a natural sparring partner in "Nefertiti," a rhythmic duel disguised under Wayne Shorter's classic melody.

Mwaliko, Loueke's fourth album as a leader (and second for Blue Note Records) was originally scheduled to be a duet album. But that shortchanged the rapport Loueke has built with his jazz trio, an active unit since all three members met years ago at Berklee College of Music. Loueke's compositions emerge from trio workouts, and both bassist Massimo Biolcati and drummer Ferenc Nemeth contribute tunes to the album. (In fact, when it's not operating as the Lionel Loueke trio, it's made two recordings under the more democratic name Gilfema.) So it's fitting that three trio cuts made the final track list, too.

Especially when the trio revs up to full steam, there's no mistaking Mwaliko as pulsing, modern jazz. But its language feels practiced, like a garment broken in over years; at its best, it strips exotic sounds of their alienating weirdness to reveal something intimate and fascinating underneath. Try it on for yourself: You can hear the whole album below for the week leading up to Mwaliko's release on Feb. 9. And please let us know what you think of the album in the comments section below.