Accessibility links
High Above, Insects Travel On Sky Superhighways New research dispels the notion that migrating insects are simply at the mercy of the wind. Researchers have found that the moths can actually select wind currents and often end up traveling faster than many migrating birds. 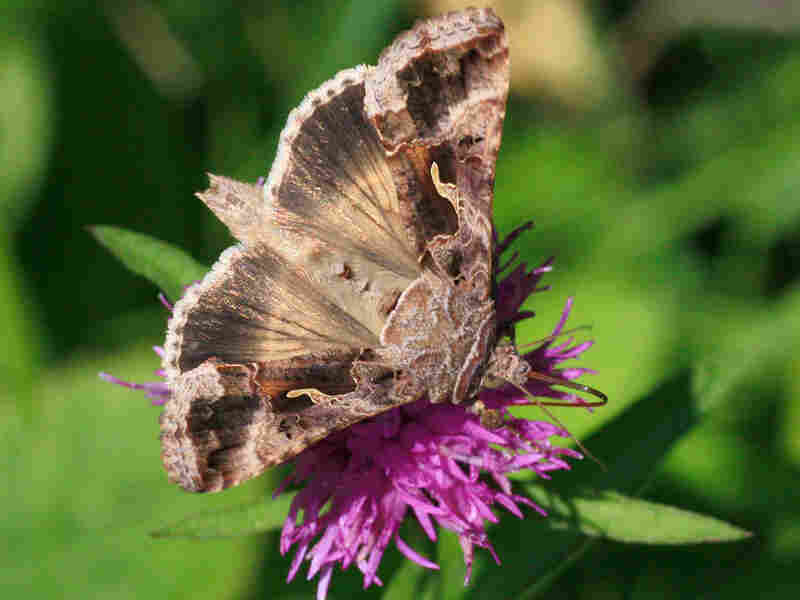 The migrant moth Autographa gamma (Silver Y), one of the species of migratory insects that have evolved sophisticated flight behaviors to optimize their migratory routes Ian Woiwod/Science hide caption 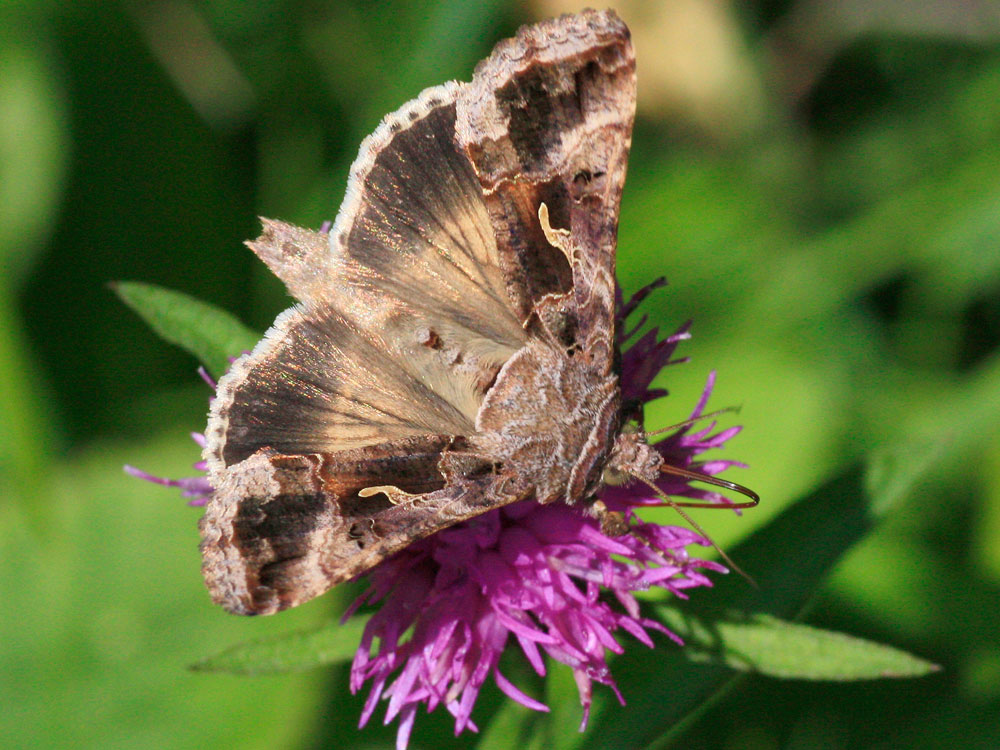 The migrant moth Autographa gamma (Silver Y), one of the species of migratory insects that have evolved sophisticated flight behaviors to optimize their migratory routes

Every year, an enormous migration takes place in Western Europe. Millions of moths fly for days, riding wind currents southward in the fall and north in the spring.

Scientists thought these insects were simply blown to their destinations, but now they've discovered something remarkable: The moths actually select the fastest wind currents, and even change course to shorten their trip.

The moths fly at night and apparently know south from north by some internal compass tuned to the Earth's magnetic field. And they can detect when the wind is blowing the way they want to go.

"The moths select the altitude where the winds are fastest," says entomologist Jason Chapman. "We don't know exactly how they do this. We believe they can sense some cue related to the wind, like the strength of turbulence."

Turbulence is an indication of wind speed — less turbulence means faster wind — and that's what the moths want: a fast tailwind.

"The maximum speeds we found were approaching, you know, approximately 100 kilometers an hour; they can go incredibly fast," says Chapman.

That means millions of moths fly together at about 60 miles an hour. That's faster than many birds migrate.

Speed is important because wind is fickle. When it's going your way and you're a moth, you gotta get when the gettin's good.

Chapman, who works at an agricultural institute in Great Britain called Rothamsted Research, says radar tracking revealed something else: The moths are like wind surfers — when the wind shifts, they adjust.

"As it starts swinging around they will start trying to correct," he says, "and we find on average the moths can correct for about 20 degrees of drift."

If the wind shifts too much, say, 90 degrees from where the moths want to go, they simply stop and wait for the wind to change. 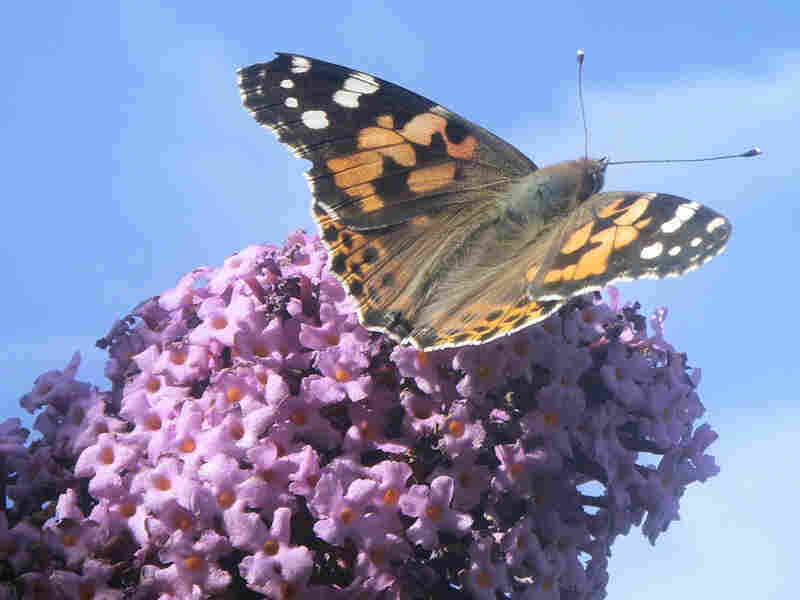 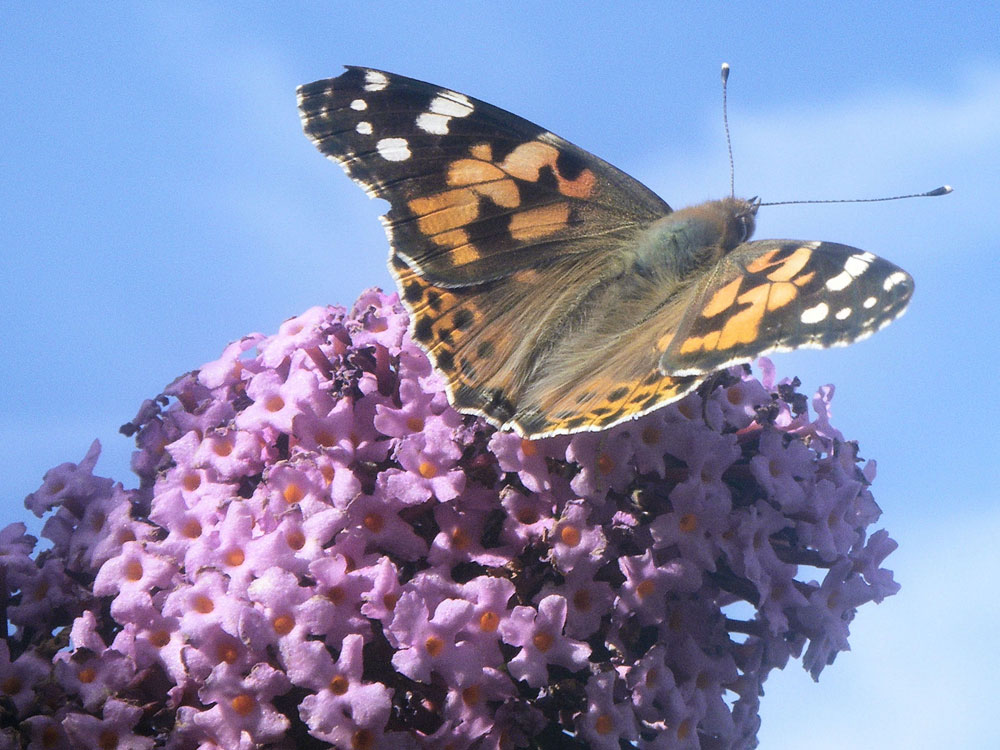 Chapman and his colleagues tracked these migrations for 10 years and published their results in the journal Science. They even ran a computer simulation that compared how dust particles and moths behaved under the same wind conditions. The moths, and one species of butterfly, clearly shifted their flight paths and speed with the wind.

Chapman says nightly moth migrations are everywhere, and bats know all about them. Chapman cites reports of bats in the American Southwest suddenly swarming half a mile up into the sky.

"The reason they're going up there is that there is a huge migration of moths coming in and out of Mexico into the Southern states," he says, "and the bats were taking advantage of this, so you know, it's kind of a whole ecosystem based on this huge flow of insects through the atmosphere."

These insects, it seems, don't need a weatherman to know which way the wind blows.