Accessibility links
20 Years Of Defending Death Row Inmates Attorney David Dow has spent his career representing inmates who have been sentenced to death. Despite his efforts, many of his clients have been executed — and most of them were guilty. In his new memoir, The Autobiography of an Execution, Dow details what it's like to become emotionally involved with the people living on death row. 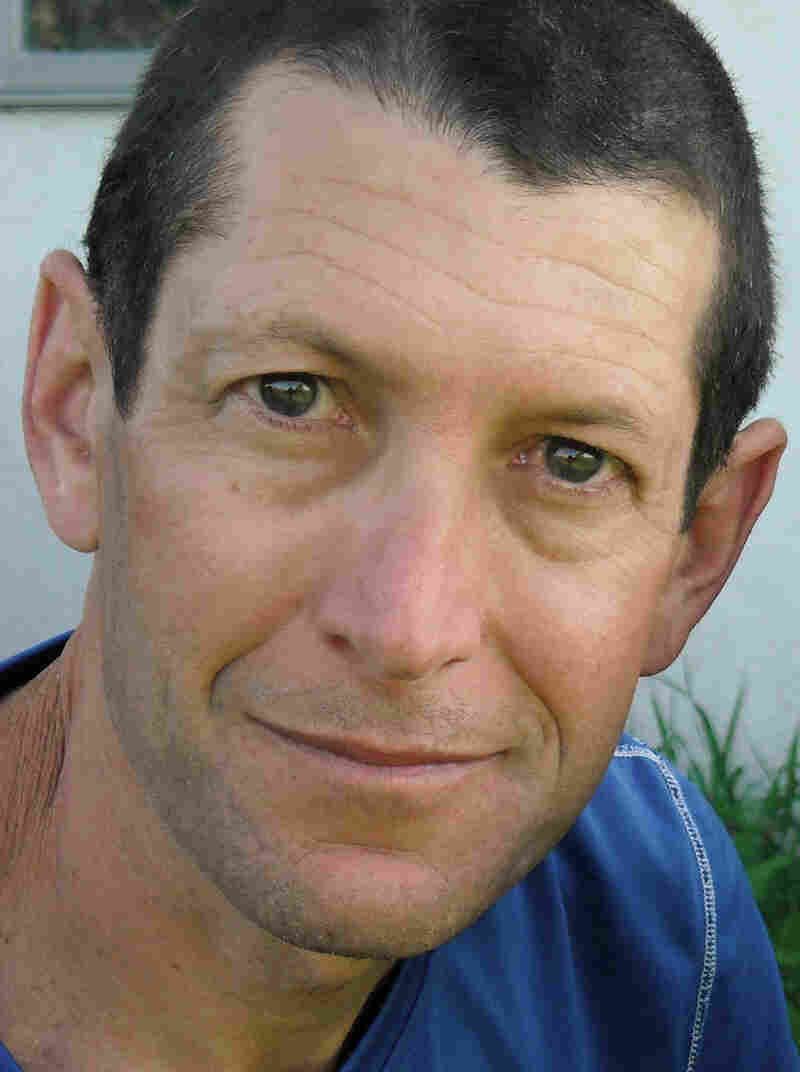 Over the past two decades, David Dow has represented more than 100 death row inmates as an appellate lawyer. Katya Glockner-Dow hide caption 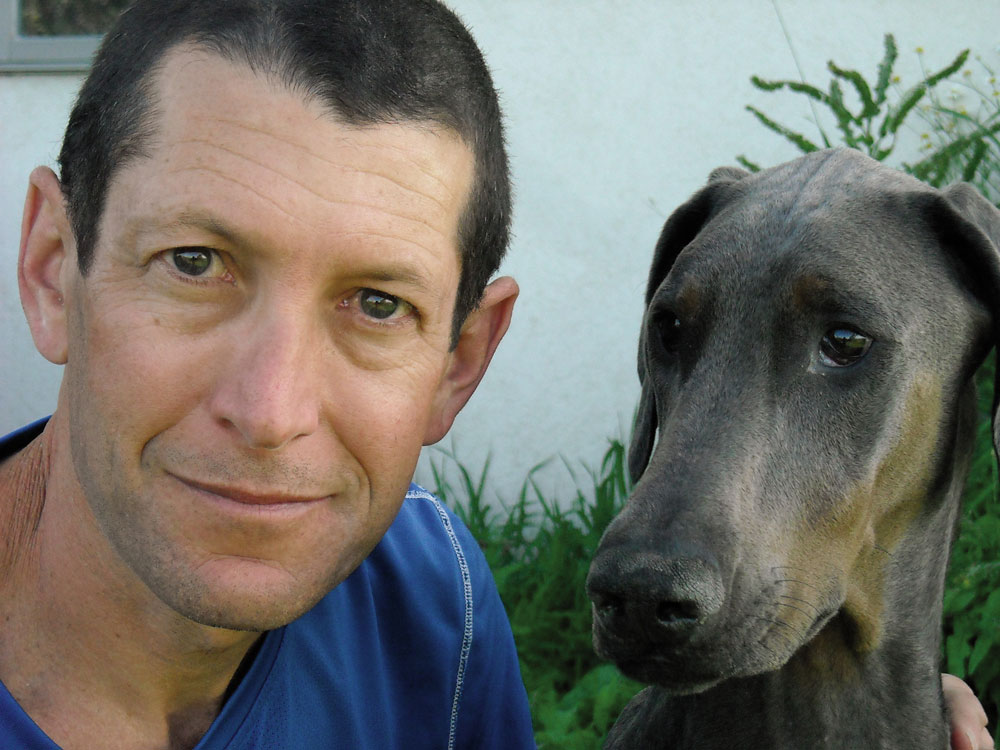 Over the past two decades, David Dow has represented more than 100 death row inmates as an appellate lawyer.

Attorney David Dow has made a career out of defending death row inmates in Texas — a state that boasts the highest number of death row executions nation-wide since 1976.

In the last twenty years, Dow has defended over 100 inmates sentenced to death. Many of his clients have died — most of them were guilty — but Dow says they should have been sentenced to life in prison instead of death at the hands of the state.

"The person that we're executing is simply not the same person who committed the crime that landed that person on death row in the first place," Dow tells Terry Gross.

Dow's new book, The Autobiography of an Execution, is in part an exploration of the politics behind the death penalty and an argument for its abolition. It's also a memoir; Dow delves into how this line of work has affected his family life.

David Dow is the litigation director at the Texas Defender Service and teaches law at the University of Houston Law Center.

Excerpt: 'The Autobiography Of An Execution' 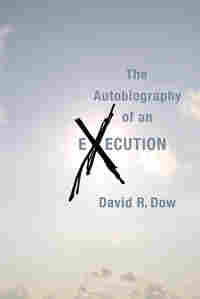 If you knew at precisely what time on exactly what day you were going to die, and that date arrived, and the hour and minute came and went, and you were not dead, would you be able to enjoy each additional second of your life, or would you be filled with dreadful anticipation that would turn relief into torture? That is the question I asked myself at twenty minutes past eight o'clock on Halloween night. Jeremy Winston was still alive. He was in the holding cell, eight steps away from the execution chamber at the Walls Unit in Huntsville, Texas. He was supposed to have been dead for two hours.

Winston was my client. I was sitting in my office in Houston with three other lawyers, waiting for the clerk's office at the United States Supreme Court to call. The warden at the Walls was holding a judicial order instructing him to execute Winston after 6:00 p.m. He would carry it out unless the Supreme Court intervened. Winston had been pacing for two hours in the tiny holding cell, three steps one way, three steps back. He had requested a cigarette in lieu of a final meal. Prison officials informed him that tobacco products were not permitted on prison grounds. But the three guards who would escort Winston to the gurney gave him a pack of cigarettes and one match. He lit each new cigarette with the dregs of the old one.

Our phone rang. The clerk at the Supreme Court wanted to know what time we would be filing additional papers. I hadn't planned to file anything else. The four of us working on the case had already written our best argument and sent it to the Court. It had been there since five o'clock. In nearly twenty years of representing death-row inmates, this had never happened to me before. Was the clerk telling us to file something? I told him I'd call right back.

Had a law clerk or even a Supreme Court justice seen some argument that we had missed and decided to hold the case a little bit longer, giving us more time for the lightbulb to click on? That's what the justices do sometimes, they toy with you. Jerome, Gary, Kassie, and I were sitting in the conference room. We frantically deconstructed and reassembled our arguments, looking for something we might have missed. I was bouncing a Super Ball off the wall, tossing it with my left hand and catching the rebound with my right. Gary was juggling three beanbags. Jerome and Kassie were sitting still, pens in their hands, waiting to write something down, if we could think of something to write. Jeremy Winston was wondering why he was still alive. Suddenly I saw him, peering into the conference room, watching his lawyers juggle and play catch and sit there doing nothing. He shook his head, a gesture just short of disgust, realizing the sand was about to run out.

Maybe, I said, we had called something by the wrong name. You might think that when a life is at stake, formal legal rules would not matter so much, but you would be wrong. People die when their lawyers neglect to dot the i 's or cross the t 's. I decided we would refile what we had already filed, and just call it something different. Because I couldn't think of any other explanation, I convinced myself the problem was with the title. Necessity's eldest child is invention; her second-born is rationalization. Gary's the fastest typist. I asked him to get started working on it.

Two minutes later the phone rang again. Kassie answered. The clerk was calling to tell us never mind, that we had lost. I went into my office, closed the door, and called Winston to let him know. He was declared dead at twenty-seven minutes past nine.

I walked in the door from the garage at nine fifty-five. I was sucking on a peppermint to hide that I had been smoking. A dried-out roasted chicken was sitting on the counter. A fly was on the drumstick. I shooed it away. An open bottle of red wine was next to the chicken. I called to my wife, Katya. There was no answer. I figured Lincoln had had a nightmare and she was upstairs with him. I started to climb the stairs. Katya called to me from the library. She was sitting on the sofa, her feet on the coffee table, holding a wineglass on her stomach. Her eyes were red. She had been crying.

What's the matter? I said.

At my office. The Supreme Court didn't call until after eight. Winston didn't get executed until after nine. What's the matter?

You were supposed to take Lincoln to the haunted house. He waited up until nearly eight.

Lincoln was six. I had expected to be home by 7:00 at the latest. I told him I would take him to the haunted house after he collected enough candy. He had made me a costume to wear. I said, Why didn't you call to remind me?

I did call you. I left three messages on your cell phone.

I told her I had left my cell phone in my car. I asked, Why didn't you call the office?

Because I didn't think you would still be there. You always call when something happens. The execution was supposed to be at six, right?

Yes, it was supposed to be, I said. Did you go without me?

No. He said he wanted to wait for you. I told him I didn't know when you were going to be home. He said that he would just wait. He kept his Thomas the Tank Engine outfit on and sat on the stairs. At seven thirty I told him the haunted house was going to close in a few minutes, but he said he'd keep waiting. He came and sat outside with Winona and me to hand out candy to the trick-or-treaters. At eight I told him it was time to go to bed. On the way upstairs he said that he was feeling a little sad. I told him that it was okay to be sad. I said that you had probably gotten busy at work. He said, I know, but I'm still disappointed.

I said, Crap. I can't believe I forgot this. I'm going upstairs to check on him. I'll be right down.

I peeked in his room. Winona, our seventy-five-pound red Doberman, was lying on the bed, her head resting on Lincoln's ankles. He said, Hi, Dada. You missed the haunted house.

I said, I know I did, amigo. I'm really sorry. I forgot all about it. Can you forgive me?

He said, Yes. Why are you home so late anyway?

He said, Did you help the person you were trying to help?

I'm afraid not, amigo. I tried, though.

Will you sleep with me for five minutes?

Sure I will. Scoot over.

I sat down next to her on the sofa. The TV was muted. She said, Your clients are not the only people who need you.

Life is easier with pillars. Mine are my family. One wife, one son, one dog. When I tell Katya that, she can't decide whether to believe me. Belief is a decision, I say; it doesn't just happen. Believe what I am telling you.

Before I met her, I planned to live out in the country. Get forty acres, run some cows, sit on the deck with the dog, watch the sun set and then come up, drive to my office at the university twice a week, come home, take a walk down to the creek. Read a lot of books, stick my head in a hole and say screw you to the world, have a conference call every morning with the lawyers I work with, file my appeals from a laptop eighty miles from death row.

To get to the piece of property I almost bought, you'd head west from Houston on I-10 toward San Antonio and get off the interstate at the small town of Sealy. Eric Dickerson went to Sealy High School. He's a Hall of Fame running back. There's a billboard at the exit reminding you of that. Dickerson played for the Los Angeles Rams in the 1980s. One day in practice the head coach, John Robinson, criticized Dickerson for not working hard. Dickerson said he was working hard. Robinson told him that if he was really working, he'd be sprinting on the running plays instead of just jogging. Dickerson said, I am running, Coach. Robinson went out onto the field and ran next to him.

Well, he tried to.

From a distance, ease can easily be mistaken for indifference.

From the book The Autobiography of an Execution (c) 2010 by David R. Dow. Reprinted by permission of Twelve Books/Hachette Book Group, New York, NY. All rights reserved. 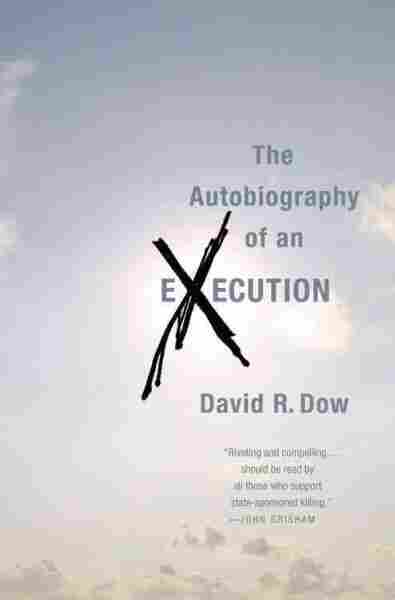 The Autobiography of an Execution

Title
The Autobiography of an Execution
Author
David R. Dow