Accessibility links
Gerald Clayton Trio: Live At The Village Vanguard He's the son of a bassist, the nephew of a saxophonist, the neighbor of his bass player and the roommate of his drummer. And now, the graceful young pianist made his debut at the venerable club. 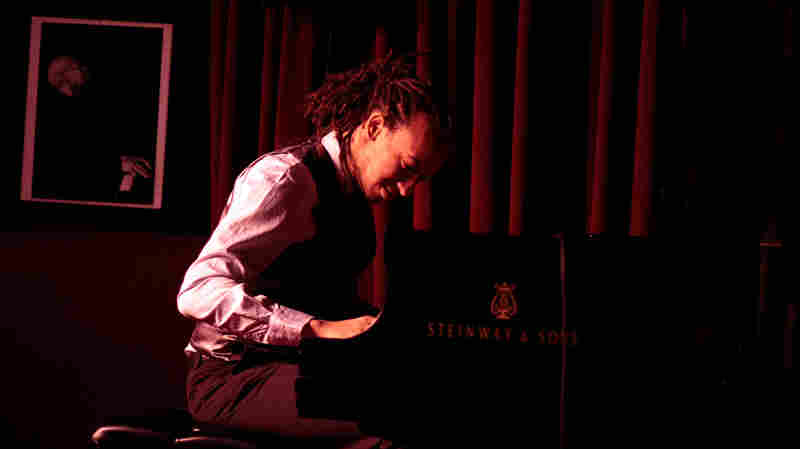 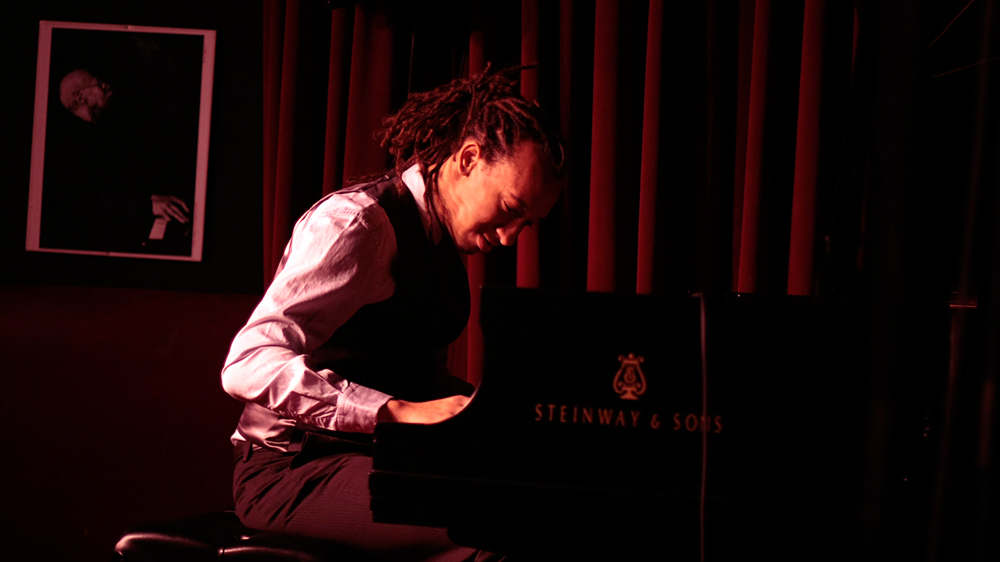 For opposing high schools and geopolitical rivals, proximity may breed contempt. Thankfully, it's not true for pianist Gerald Clayton. He's the son of bassist John Clayton and the nephew of saxophonist Jeff Clayton, and he now plays in the Clayton Brothers family band. He also has his own trio; conveniently, all three members live in the same Harlem apartment building.

That trio made a sparkling debut album last year, Two-Shade, soon to be reissued on a major record label. And at the age of 25 — his bandmates hover around there, too — Clayton made his debut at the Village Vanguard this week. WBGO and NPR Music broadcast and audio/video webcast the trio's early set Wednesday night.

The ranks of young pianists are littered with technical virtuosos, but Clayton stands apart: He has touch, too. He's a warm and graceful player, with plenty of personal nuance; he would say that his style comes as much from gigging with West Coast bigwigs as from listening to a wide range of music. With him are fellow rising stars Joe Sanders on bass and Justin Brown on drums; also in their mid-20s, they're becoming some of the most in-demand musicians in New York.

Gerald Clayton grew up in the Los Angeles area; with his musical father and uncle, he was privy to the world of professional jazz musicians even before starting formal study. He took lessons at the University of Southern California, and later at the Manhattan School of Music. Before long, he was the pianist for trumpeter Roy Hargrove, a chair he held for several years.

Clayton met his bandmates in the Grammy Jazz Ensembles, a select group of all-star high-school musicians brought together to perform during the lead-up to the Grammy Awards. Last year, Clayton himself was nominated for a Grammy in the category of Best Improvised Jazz Solo ("All of You"), when Two-Shade was but a fan-funded independent recording. He didn't win, but he'll likely be back: He's presenting his own music this week at the Vanguard, which is a pretty high honor in itself.

all compositions by Gerald Clayton, unless otherwise indicated