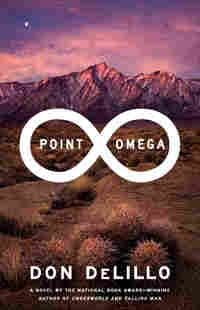 Don DeLillo might not be the country's most famous novelist, but it's hard to think of another U.S. author whose works are so quintessentially American. DeLillo's books have chronicled some of the nation's favorite hobbies: football (End Zone), rock 'n' roll (Great Jones Street), film (Americana). He's written some of the most stunning works to come out of America's worst modern tragedies, chronicling the aftermath of the Sept. 11 attacks in Falling Man, and casting Kennedy assassin Lee Harvey Oswald as the main character of Libra. DeLillo is a postmodernist, which makes him, perhaps, perfectly suited to what looks to be an increasingly surreal, paranoid era in American history.

His latest novel, Point Omega, is short, but it's just as dark and unsparing as his earlier work. It's no less ambitious than White Noise, Underworld or Mao II, his masterpieces, all of which took a hard and uncomfortable look at America's evolving identity. 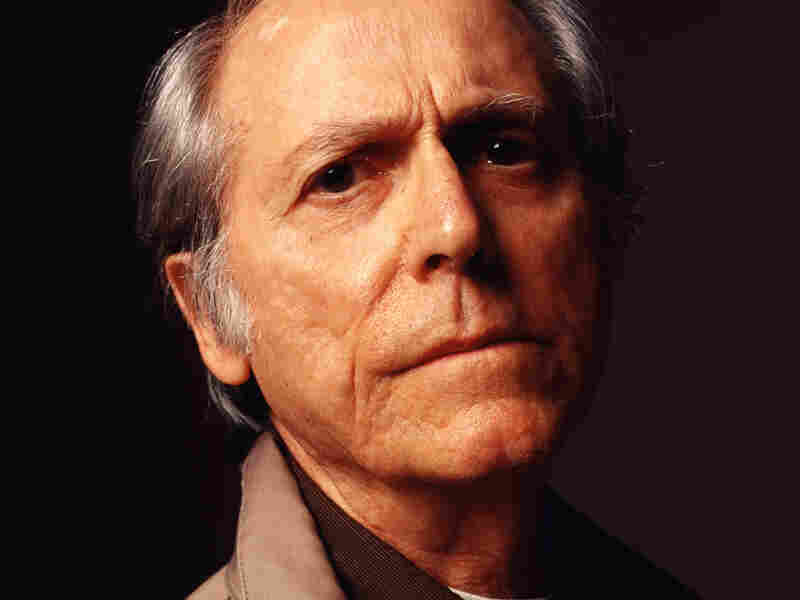 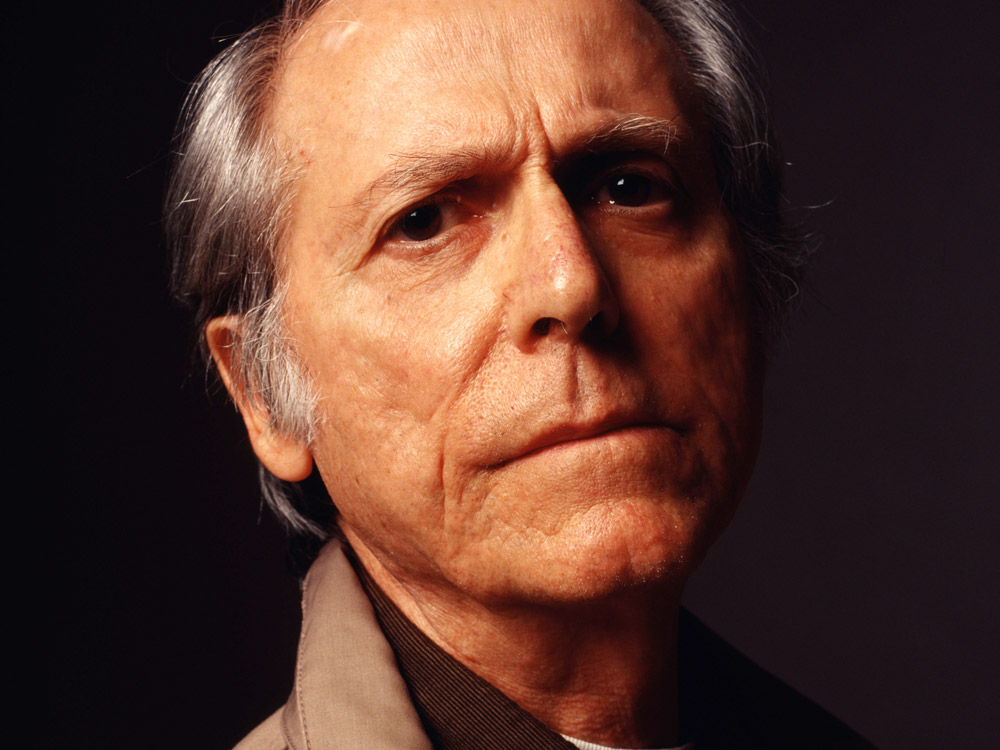 Don DeLillo's 1985 novel White Noise won the National Book Award. He has twice been nominated for the Pulitzer Prize.

The novel unfolds over the space of a few weeks in a California desert, where Jim Finley, a young filmmaker, is trying to convince Richard Elster, a retired Iraq war adviser, to take part in a documentary he's planning. Elster never quite agrees, though he's happy to talk to Finley, abstractly, about his experience in the Pentagon: "Lying is necessary," Elster explains. "The state has to lie. There is no lie in war or in preparation for war that can't be defended. We went beyond this. We tried to create new realities overnight ... The reality stands, it walks, it squats. Except when it doesn't."

After several days, the two are joined by Jessie, Elster's beloved daughter, "pale and thin, mid-twenties, awkward." Jessie's presence doesn't alter the dynamic between the men, at least initially. Eventually, though, everything breaks down — their world is torn apart for reasons both vague and horrifying. DeLillo's genius here lies in what he doesn't tell the reader, what he dares us to figure out for ourselves.

It's possible to see a little bit of the author in Elster, who advises Finley at one point, "You told [your ex-wife] everything. ... It's the worst thing you can do in a marriage. Tell her everything you feel, tell her everything you do. That's why she thinks you're crazy." At no point in this slim novel is DeLillo in danger of overexplaining anything; his restraint is admirable — and increasingly rare, unfortunately — in American fiction.

Early in Point Omega, a shadowy, unnamed character notes that it's "impossible to see too much." It reads, and feels, like a warning. DeLillo has expressed a similar sentiment in nearly every novel he's written, but this novel is far from a retread: It's nothing less than DeLillo's most stunning, remarkable novel in over a decade, and one of the best of his career.

I said, "I have the wall, I know the wall, it's in a loft in Brooklyn, big messy industrial loft. I have access pretty much any time day or night. Wall is mostly pale gray, some cracks, some stains, but these are not distractions, they're not self-conscious design elements. The wall is right, I think about it, dream about it, I open my eyes and see it, I close my eyes it's there."

"You feel a deep need to do this thing. Tell me why," he said.

"You're the answer to that question. What you say, what you'll tell us about these last years, what you know that no one knows."

We were inside, it was late, he wore the old rumpled trousers, a cruddy sweatshirt, his big dumb feet in dressy leather sandals.

"I'll tell you this much. War creates a closed world and not only for those in combat but for the plotters, the strategists. Except their war is acronyms, projections, contingencies, methodologies."

He chanted the words, he intoned liturgically.

"They become paralyzed by the systems at their disposal. Their war is abstract. They think they're sending an army into a place on a map."

He was not one of the strategists, he said unnecessarily. I knew what he was, or what he was supposed to be, a defense intellectual, without the usual credentials, and when I used the term it made him tense his jaw with a proud longing for the early weeks and months, before he began to understand that he was occupying an empty seat. "There were times when no map existed to match the reality we were trying to create."

"This is something we do with every eyeblink. Human perception is a saga of created reality. But we were devising entities beyond the agreed-upon limits of recognition or interpretation. Lying is necessary. The state has to lie. There is no lie in war or in preparation for war that can't be defended. We went beyond this. We tried to create new realities overnight, careful sets of words that resemble advertising slogans in memorability and repeatability. These were words that would yield pictures eventually and then become three-dimensional. The reality stands, it walks, it squats. Except when it doesn't."

He didn't smoke but his voice had a sandlike texture, maybe just raspy with age, sometimes slipping inward, becoming nearly inaudible. We sat for some time. He was slouched in the middle of the sofa, looking off toward some point in a high corner of the room. He had scotch and water in a coffee mug secured to his midsection. Finally he said, "Haiku."

I nodded thoughtfully, idiotically, a slow series of gestures meant to indicate that I understood completely.

"Haiku means nothing beyond what it is. A pond in summer, a leaf in the wind. It's human consciousness located in nature. It's the answer to everything in a set number of lines, a prescribed syllable count. I wanted a haiku war," he said. "I wanted a war in three lines. This was not a matter of force levels or logistics. What I wanted was a set of ideas linked to transient things. This is the soul of haiku. Bare everything to plain sight. See what's there. Things in war are transient. See what's there and then be prepared to watch it disappear."

"I used this word. That's what I was there for, to give them words and meanings. Words they hadn't used, new ways of thinking and seeing. In one discussion or another, I probably used this word. They didn't fall out of their chairs."

I knew nothing about the men who didn't fall out of their chairs. But I was getting to know Elster and I wondered about the tactic, not that it mattered in the end. I wasn't interested in the impression he made on others, only in his feelings about the experience. Let him be wrong, rash, angry, weary. Lines and syllables. Old man's stale feet / fretful summer night. Et cetera.

"I still want a war. A great power has to act. We were struck hard. We need to retake the future. The force of will, the sheer visceral need. We can't let others shape our world, our minds. All they have are old dead despotic traditions. We have a living history and I thought I would be in the middle of it. But in those rooms, with those men, it was all priorities, statistics, evaluations, rationalizations." The liturgical gloom was gone from his voice. He was tired and detached, too separated from events to do justice to his resentment. I made it a point not to provoke further comment. It would come when it mattered, selfgenerated, on-camera.

He finished his scotch but kept the mug nestled near his beltline. I was drinking vodka with orange juice and melted ice. The drink was at that stage in the life of a drink when you take the last bland sip and fade into rueful introspection, somewhere between self-pity and selfaccusation. We sat and thought.

I glanced over at him. I wanted to go to bed but didn't think I should leave before he did, not sure why, I'd left him there on other nights. It was dead still in the room, in the house, everywhere out there, windows open, nothing but night. Then I heard a mousetrap being triggered in the kitchen, hammer releasing, trap jumping.

There were three of us now. But Elster didn't seem to notice. 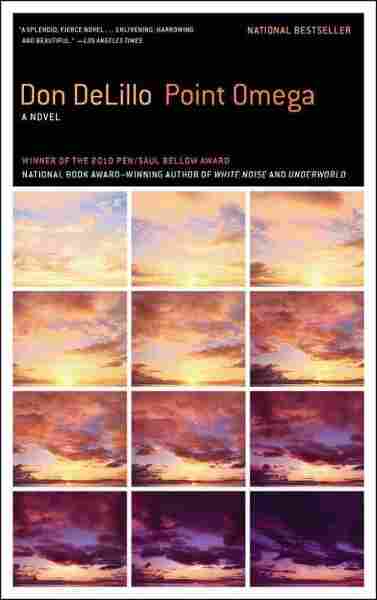