Accessibility links
Dalai Lama: Committed To Promoting Human Value Though many around the world revere him, Chinese officials regard the Dalai Lama as a separatist. But the exiled Tibetan spiritual leader says he is committed to the promotion of human value and religious harmony. He shared this and other views with NPR's Renee Montagne on Saturday. 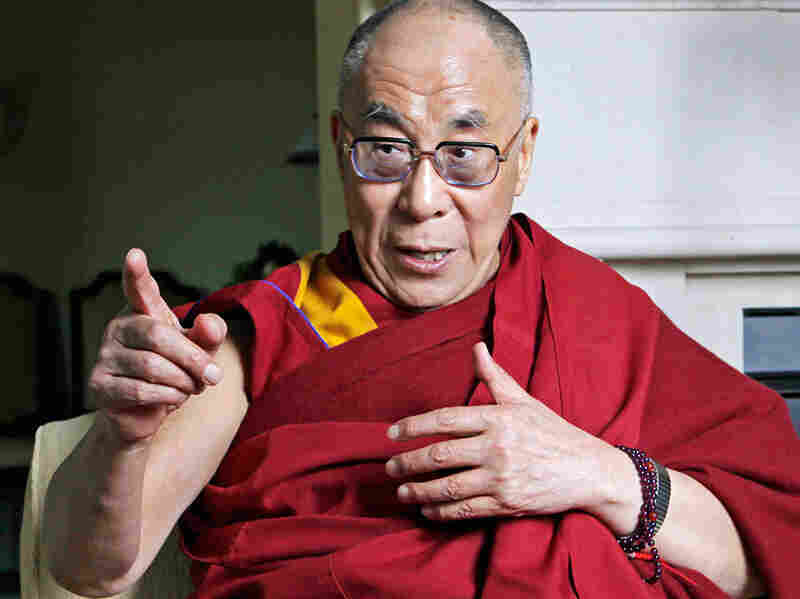 The Dalai Lama during a visit to Southern California on Saturday. The exiled Tibetan spiritual leader is visiting the U.S. and met last week with President Obama. Reed Saxon/AP hide caption 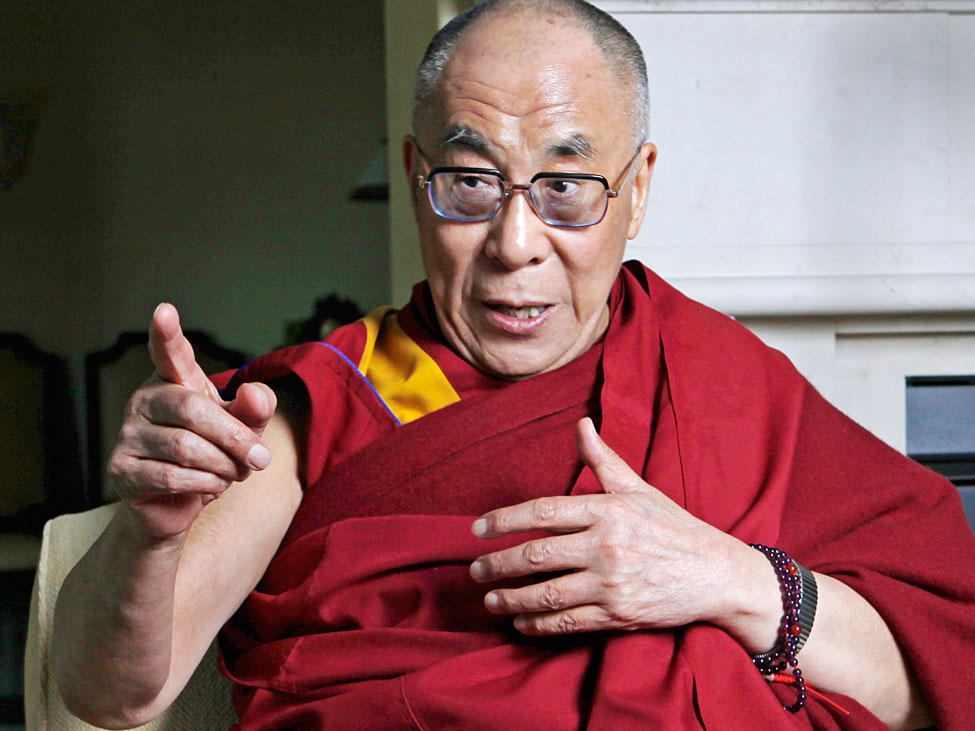 The Dalai Lama during a visit to Southern California on Saturday. The exiled Tibetan spiritual leader is visiting the U.S. and met last week with President Obama.

Whenever the Dalai Lama, the spiritual leader of Tibetan Buddhism, comes to the West, his trips are fraught with political implications.

That's because China, which claims Tibet as part of its territory, is particularly sensitive to Western leaders greeting the Dalai Lama as a "political" leader.

When he met last week with President Obama, the White House was careful to describe it as a meeting with a "religious" leader.

But that didn't stop China from lashing out at a man they've called a "wolf in monk's robes" — and warning of possible negative consequences, suggesting that a spring meeting with Chinese Premier Wen Jiabao might be cancelled.

Part of what exiled Tibetans are asking for is what the Dalai Lama calls "The Middle Way" — a measure of political autonomy and greater protection for Tibet's culture and religion.

In a conversation with NPR's Renee Montagne in Los Angeles, the Dalai Lama said he is committed to the promotion of human value and religious harmony.

The Dalai Lama was in Los Angeles as the guest of Whole Child International, a group that works with orphanages to train caregivers on how to foster more nurturing environments for institutionalized children.

It's something he has experience with: He was enthroned at the age of 4, and spent much of his childhood away from his family in a grand palace outside Tibet's capital, Lhasa.

But he told Montagne that he had what he considered a normal childhood.

"My childhood like any other child," he said. I [loved to] play. I very much reluctant for study."

Though he didn't have other children to play with, workers at the palace played games with him, he said. That playtime gave the young Dalai Lama a sense of the home he had lost.

He laughed that losing at games also taught him a key tenet of Buddhism — humility.

From his mother, he learned a different lesson — compassion.

The illiterate peasant woman always shown brightly as a beacon of compassion, he said. Her first impulse was to help anyone in need.

That lesson helped shaped his desire to seek a peaceful solution to the worsening situation in Tibet.

A Focus On The Spiritual

When President Obama met last Thursday with the Dalai Lama, Tibetans in northwest China set off fireworks to celebrate the meeting.

"Initially they a little bit sort of excited" about the meeting, he said, adding that Tibetans know that Americans value "democracy, freedom, liberty."

But Chinese leaders had a different reaction to the meeting. Though he is regarded as a separatist leader in Beijing, the Dalai Lama says that 90 percent of the time, his energy is spent on spiritual things.

"I think the Dalai Lama's main importance in politics is mainly created by Chinese government," he said.

He reiterated that he supported Obama's decision not to meet with him during Obama's first presidential visit to China last fall.

Postponing the meeting until Obama met with Chinese leaders allowed the president to "engage more effectively [with China]," he said.

The Future Of The Institution

Now 74, there has been speculation on who the Dalai Lama's successor might be. Amid fears that China might choose its own candidate, the Dalai Lama says it's up to the people to decide whether the institution should continue.

Of course, at this moment in history, the majority of the Tibetan people have made it clear they very much do want the institution of the Dalai Lama to continue.

That is likely to keep the man revered by millions traveling the world for some time to come.