Accessibility links
Live At The Village Vanguard, For 75 Years New York City nightclubs come and go in the blink of an eye. But one has been in the same dingy basement on 7th Avenue South for three-quarters of a century. The Village Vanguard, a jazz club known around the world, is celebrating its anniversary all this week. 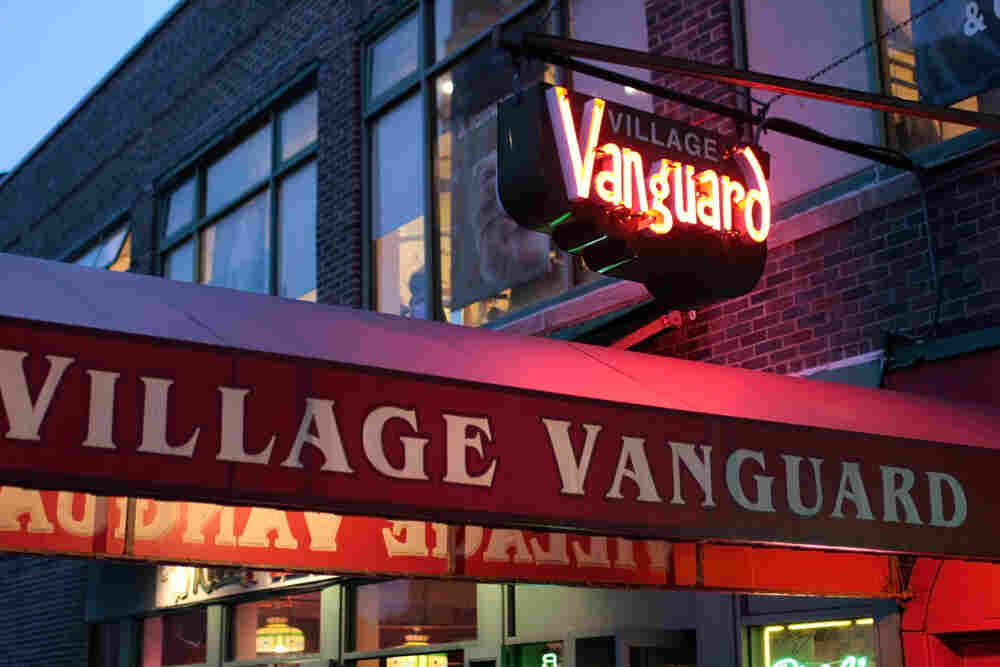 The entrance to the Village Vanguard hasn't changed much in 75 years. John Rogers/johnrogersnyc.com hide caption 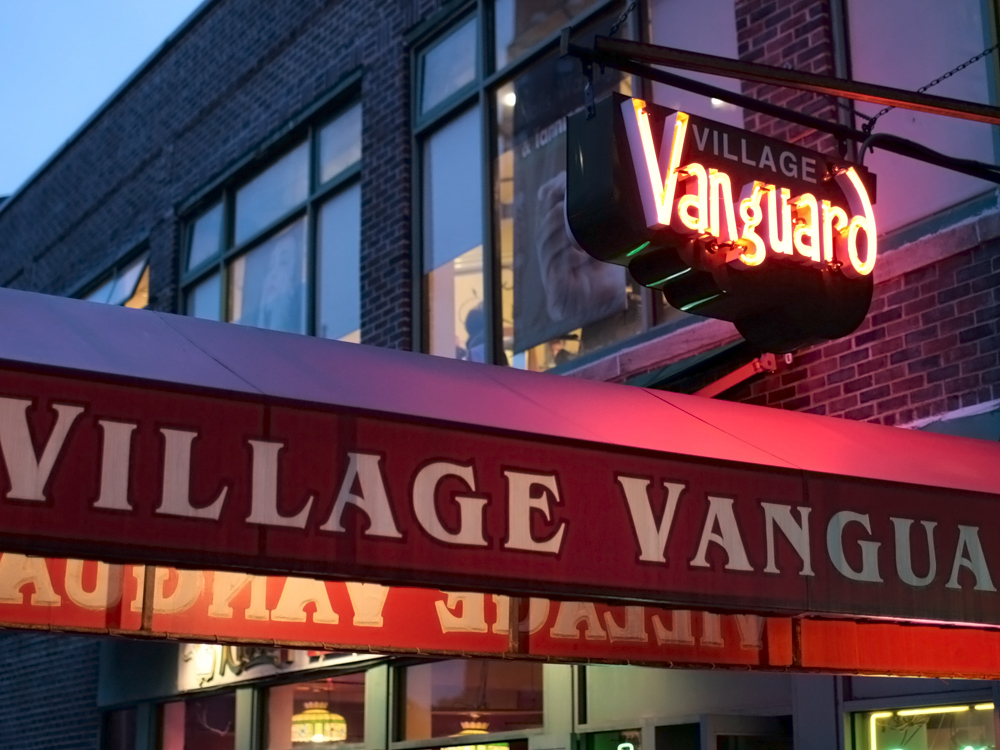 The entrance to the Village Vanguard hasn't changed much in 75 years.

Ask Lorraine Gordon, the Village Vanguard's impresario, about the secret to the club's longevity, and she'll give you a simple answer.

The wedge-shaped room, which only seats 123 people, boasts more than just good music.

Drummer Paul Motian made his first Vanguard appearance with the Bill Evans trio in 1957. Of more than 100 albums recorded at the club, Motian appears on at least eight of them.

"Good sound," Motian says. "Beautiful sound. You can hear everything. You hear yourself better. You hear the other musicians better. And it's totally acoustic."

New York City nightclubs can come and go in the blink of an eye. But one has been in the same dingy basement on 7th Avenue South for 75 years. The Village Vanguard, a jazz club known around the world, is celebrating its anniversary all this week.

We Don't Need No Education

The Vanguard didn't start out to become one of the premier jazz clubs in the world. Gordon's late husband, Max, actually opened the Vanguard in 1934 on nearby Charles Street. The Lithuanian immigrant who'd been raised in Oregon once told filmmaker Bruce Ricker that his parents dreamed he'd be a lawyer.

"But I didn't want to become a lawyer. Nevertheless, in order for me to come to New York to get away from home, I had to matriculate at Columbia [University], which I did," Max Gordon said. "I just went through the motions of matriculating. I knew I was going to leave as soon as I could." 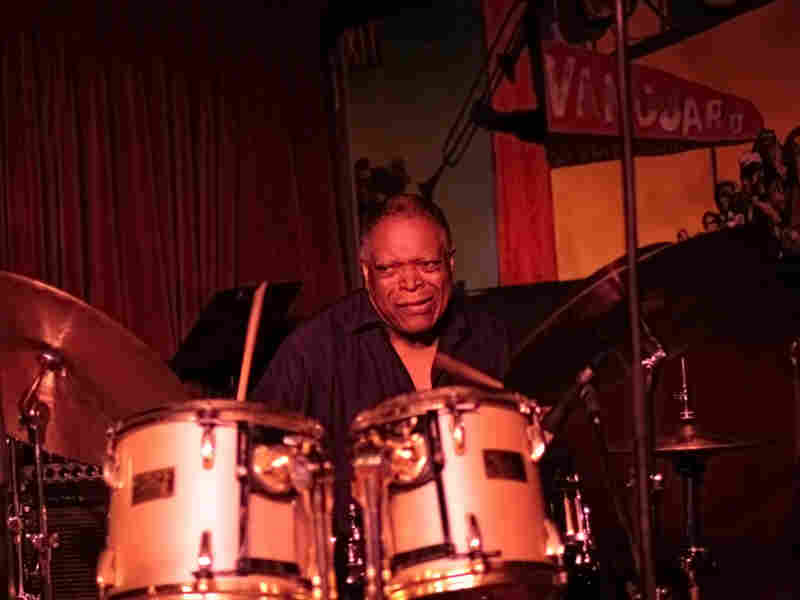 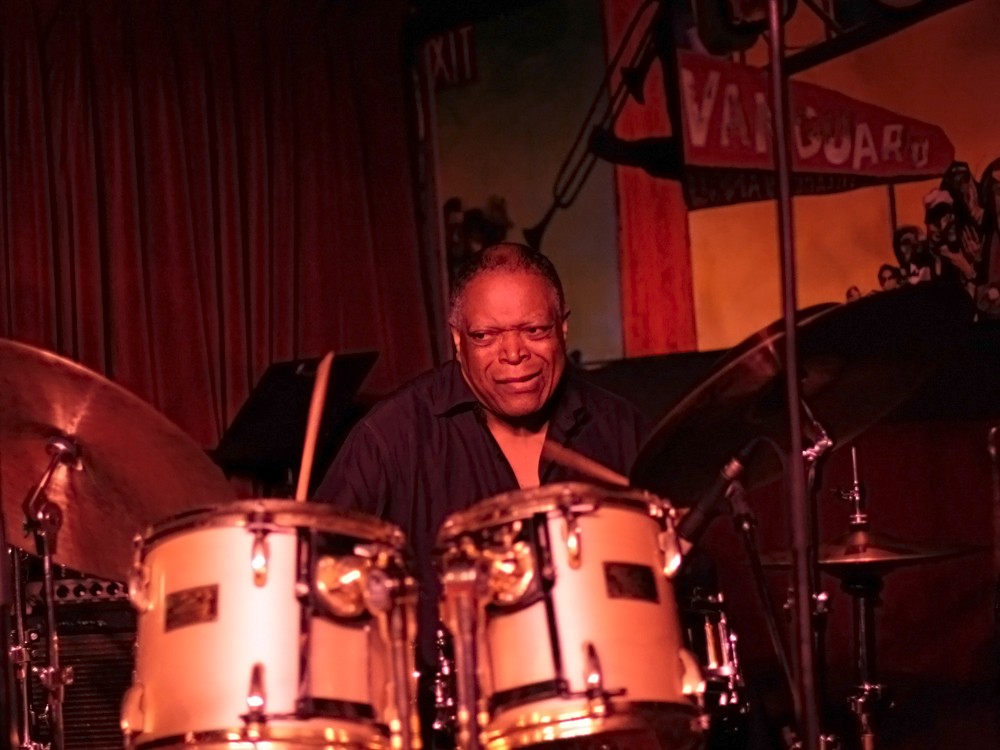 Drummer Billy Hart leads his quartet live at the Village Vanguard in September 2009.

To hang out in Greenwich Village.

"[Max Gordon] was a Bohemian," Lorraine Gordon says. "He loved writing. He hung around the Village and he hung out with poets. Finally, he decided to open a place, but it wasn't a place of business, he thought. It was just a place to get the poets down so he could sit and listen to them."

But he couldn't get a cabaret license to do that — the Charles Street location only had one toilet. In fact, the first time authorities came to bust him, Gordon reportedly said, "But this isn't entertainment. It's poetry."

Literary types helped establish the club, but a group of unknowns called the Revuers put it on the map after it moved to 7th Avenue in 1935. The Revuers included actress-comedian Judy Holliday and the songwriting duo of Betty Comden and Adolphe Green. The slate of performers who followed includes Lenny Bruce, Miriam Makeba, Pete Seeger, Woody Allen, Harry Belafonte and Barbra Streisand.

Max Gordon only turned his attention to jazz when television began to drain his talent pool in the 1950s.

Glasper has worked with Mos Def, Kanye West and Maxwell. But he says the Vanguard is still his favorite place to play.

"I feel like the spirits of a lot of the musicians who have passed away are still here, and they're agreeing with us," he says. "Like, 'Yes, keep it alive!' "

Glasper is one of the many relative newcomers the club books to do just that. And they're happy to play there — even if they can't get a bite to eat.