Accessibility links
Behind The Spangles, Weir Is A Man In Full Figure skater Johnny Weir gets called "flamboyant" an awful lot. But Trey Graham argues that Weir's transgressive aesthetic is a lot more than just showy — and that when he talked back to Canadian commentators who'd questioned his gender, the skater proved what serious manhood is all about. 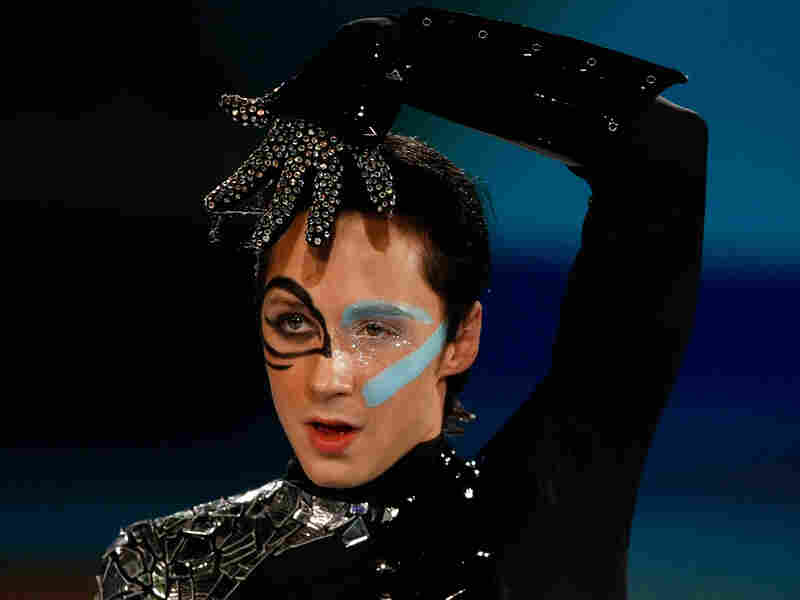 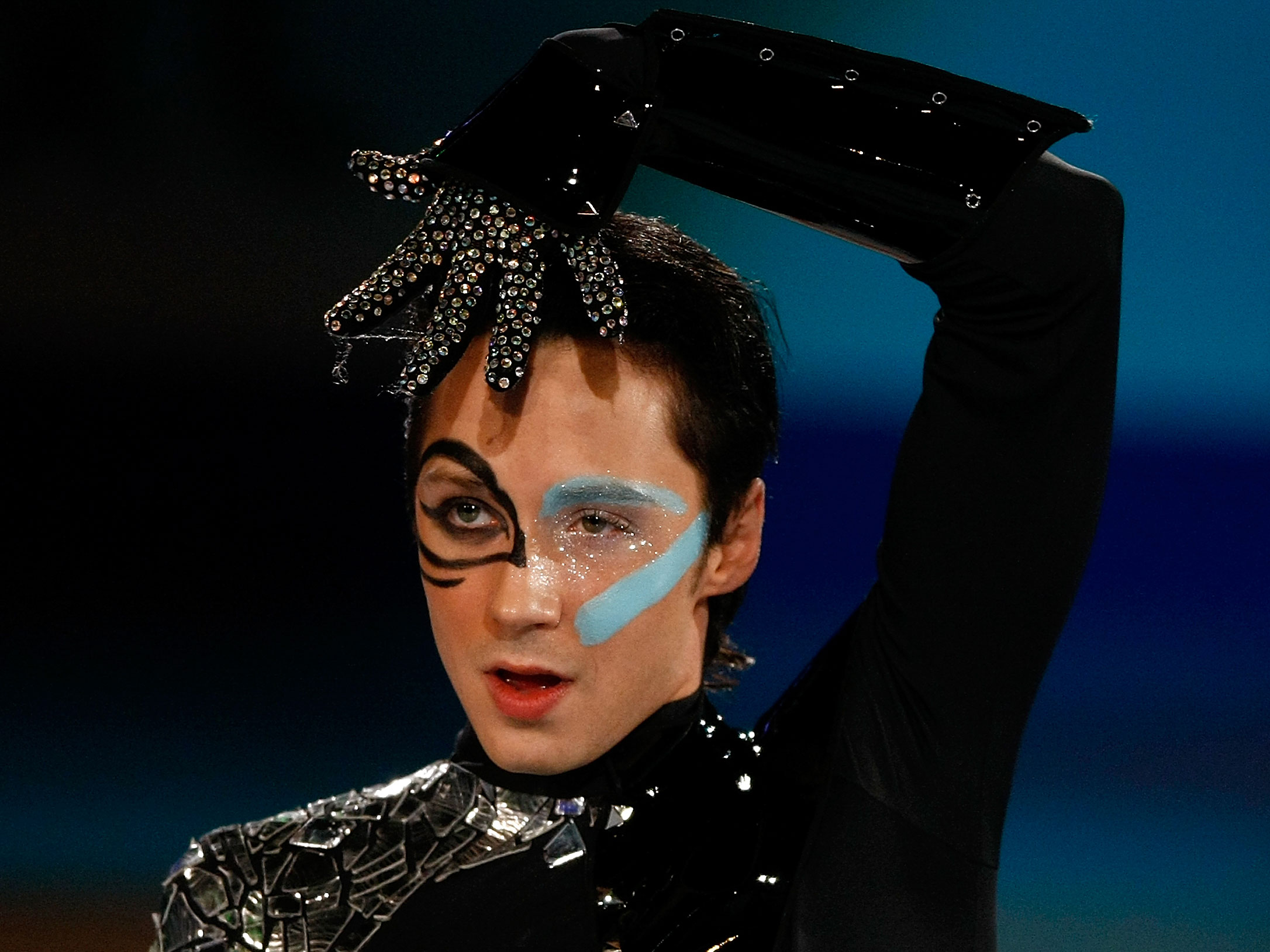 When Johnny Weir talked back the other day — talked back to the two Canadian commentators who'd basically suggested that he should be asked to compete with the women skaters from here on out, and leave the less colorful guys alone to do their manly thing — something clicked about him with me.

He's not just that overused adjective, "flamboyant." He's not merely some attention-seeking oddball with a flair for outre fashion. He's more dangerous than that: He's Oscar Wilde. And Quentin Crisp, and Harvey Fierstein and David Bowie and Adam Lambert. He's Lady Gaga, and I'm sure he'll understand that I mean that as a compliment.

There's a reason this guy idolizes Lady Gaga, and it's to do, I think, with the transgressive ambition of that aesthetic sense. Weir wants to express himself, sure, but he also wants to be noticed — to be singular, to thrill, to provoke.

Now, Weir's level-headed response to those chucklehead Quebeckers was an admirable thing. He talked about how well his parents had raised him, what a strong sense of self they'd left him with. He didn't ask for an apology — just suggested it would be nice if people thought about what they were saying, and how it might land on kids who didn't luck into parents like his. He wants this to be a teachable moment, because "out of ugly, I think the most important thing to do in life is to make something beautiful."

That's what brought Wilde to mind, that immediate turn toward the value of beauty. For Wilde, that singular self-creation, beauty was its own end. Not prettiness — his one-act play Salome is full of the most exquisite horrors — but beauty in that larger sense of something well-crafted, whole unto itself, other than ordinary.

For Weir, too: "I want people to be taken away to another planet when they watch me skate," he told the Miami Herald recently. "I want them to be transported into a dream world."

There's a reason this guy idolizes Lady Gaga, and it's to do, I think, with the transgressive ambition of his aesthetic impulse. Weir wants to express himself, sure, but he also wants to be noticed — to be singular, to thrill, to provoke. He talks about just wanting to be himself, but I wonder if he really understands that what makes him so special is how very startling that self is.

There may never be a time where people whose aesthetics are so far outside the mainstream — whose notions of beauty are so idiosyncratic, whose expressive instincts are so innately challenging to those content to go through life in jeans and a fleece — won't be the target of cheap jokes.

But as Sting put it, writing about Quentin Crisp in the song "Englishman in New York,"

It takes a man to suffer ignorance and smile,
Be yourself no matter what they say.

By that measure, the Johnny Weir who spoke up so simply on Wednesday is one hell of a man.