Hear 'Plastic Beach' In Its Entirety A Week Before Its Release

Audio for this feature is no longer available. The album was released on Mar. 9, 2010. 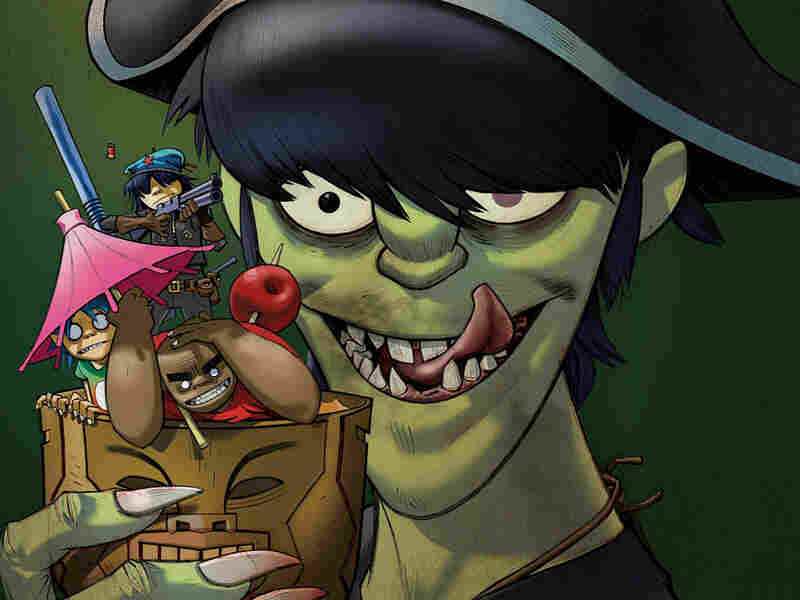 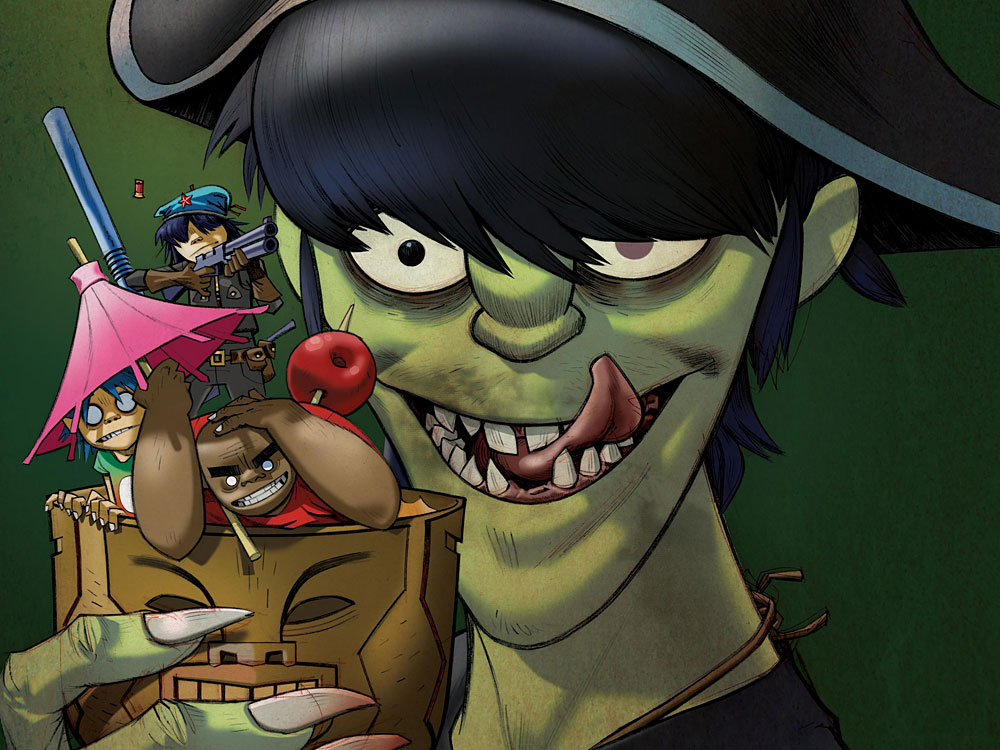 When Gorillaz first emerged on the music scene, the idea of a virtual band composed of edgy cartoon personas that existed only on screen seemed both strange and brilliant. It may have been a gimmick, tailor-made for MTV back when it still regularly played videos, but it was an inventive one. And with huge breakthrough hits like "Clint Eastwood," "Tomorrow Comes Today" and "Feel Good Inc.," it was hard not to get caught up in the contagious combination of dub, hip-hop, Brit-pop and electronic music.

Gorillaz is essentially the brainchild of Blur frontman Damon Albarn and comic-book artist Jamie Hewlett — best known for his work on Tank Girl — who dreamed up the project back in 1998. Albarn would handle the music while Hewlett would design the characters (2D, Murdoc Niccals, Noodle and Russel), which serve as the visual element in Gorillaz's stylishly animated music videos.

Plastic Beach unites Albarn and Hewlett with a huge list of guests, creating yet another well-crafted and dance-friendly set of songs. Here, Albarn and company's songs demonstrate a genre-bending collection of glitchy club beats and hip-hop grooves, augmented by brass, glitzy synthesizers and Asian- and Arabic-tinged orchestral harmonies.

Still, Albarn's musical touch and wit are felt throughout. From the Thriller-infused electro-funk of "Stylo" to the bubbly grooves of "Superfast Jellyfish" and "Some Kind of Nature," there's something for everyone, and often in the same song. Even three albums into what might have initially seemed to be a one-off art project, Gorillaz's Plastic Beach exudes fun.

Give Plastic Beach a listen and leave your thoughts on the album in the comments section below.