Accessibility links
Elis Regina: The Feeling Between The Notes In a way, she's similar to iconic figures such as Janis Joplin or Billie Holiday — singers whose recordings define not just a style, but a way of being. 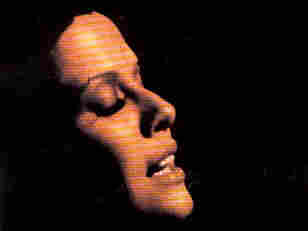 To really appreciate Elis Regina, start with the lowly half-step. It's the penny of the music world — the smallest interval on the piano. Some vocalists treat half-steps as annoying afterthoughts. They smush them together into a blur. Regina's art happens inside the half-steps, in the tiny increments that make up a melody.

When Regina sings, half-steps seem to expand. Partly, that's a reflection of her exacting technique: When she wants to, she can nail the most challenging intervals. At the same time, she's not at all fussy. Her lazy, endlessly sloping phrases magnify the sometimes hidden shades of meaning in a lyric. She's the rare singer who can conjure an ocean of love trouble in the space between C and C-sharp.

Regina grew up in Porto Alegre, in the south of Brazil. She began singing professionally as a young teen, and rose to prominence after a 1965 appearance at a big music festival. She gathered a bunch of nicknames as she became popular in the 1960s; her feisty, demanding ways in the studio led some musicians to affectionately call her "Little Pepper," while her penchant for wild, gesticulating drama in live performance brought her the tag "Hurricane."

Like so many Brazilians, she learned her craft by interpreting the intricate, half-step-rich songs of Antonio Carlos Jobim. One of her career milestones, recorded in the early '70s, is an intimate duo recording with the great composer — Jobim backs Regina on piano — titled Elis and Tom.

The song "Inutil Paisagem" is a stunning lament about a lost romance. It talks about how, when you're missing a lover, even the beauty of nature can seem meaningless. Regina's delivery is so calm, so pensive. Each thought seems to still the air.

Mixing Jazz, Rock And A Way Of Being

Regina brought a mischievous streak and a jazz singer's taste for adventure to everything she did. She reimagined samba and bossa nova classics. And in the late '60s, she became a champion of the young Brazilian songwriters who were integrating elements of British and American rock. Her interpretations of songs such as "Nada Sera Como Antes," by Milton Nascimento, helped bring attention to this new generation of talents — the movement known as Tropicalia.

In a way, Regina is similar to iconic figures such as Janis Joplin or Billie Holiday — singers whose recordings define not just a style, but a way of being. Today, young performers talk about being intimidated when they attempt songs Regina made famous. There's good reason for that, but at the same time, Elis Regina is totally approachable. She just slinks along, in her quiet way, calmly attending to the details. She's the essence of poise, mulling the big questions about life and romance one magnificent half-step at a time.

Regina died at age 36 in 1982, after bouts with depression and drug addiction; her memorial drew more than 100,000 people to a stadium in Sao Paulo.