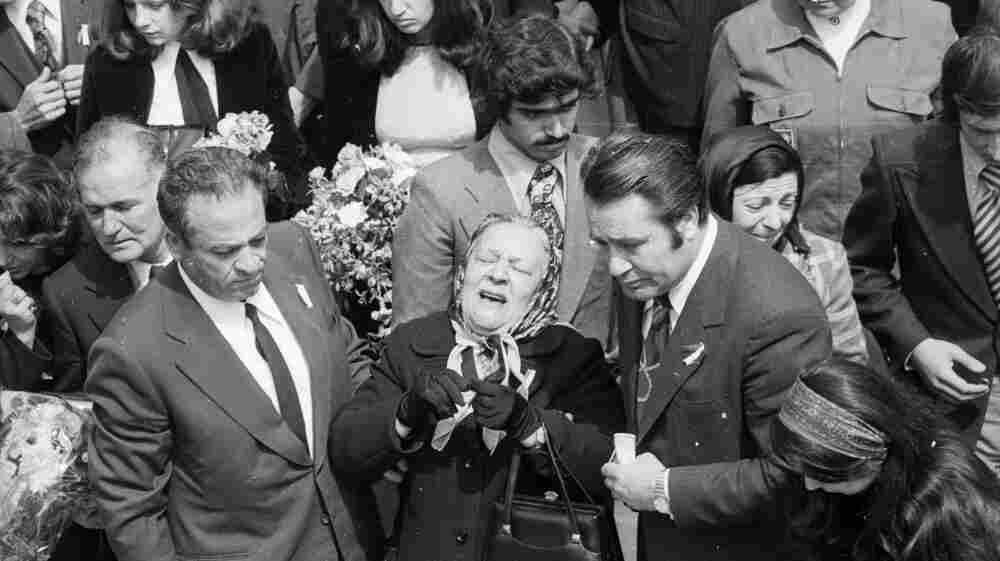 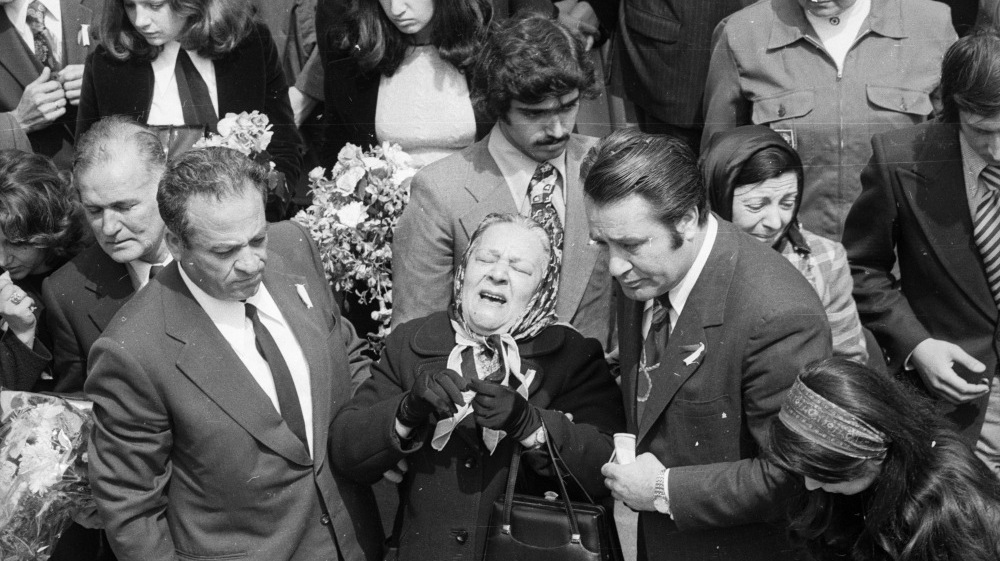 Mourners at a funeral

Samuel Barber's Adagio for Strings is one of the most solemn and evocative pieces of American music. Originally the slow movement of Barber's string quartet, the music was orchestrated for a larger group of strings, and in that version it was championed by conductor Arturo Toscanini, who conducted the world premiere in a live radio broadcast in 1938. Since then, the Adagio has often been called upon to serve in times of great emotional stress, as well as at funerals of important Americans such as Franklin D. Roosevelt and Leonard Bernstein. 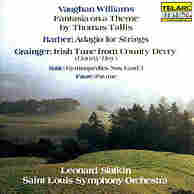 "It starts from incredible sadness, builds to an incredible climax of intensity, and then finally reaches a kind of serene acceptance, which is completely appropriate for those occasions," he says.

From the very beginning of the piece, Kapilow says, you get the perfect mood.

"It starts off with just a single note," he says. "And it's so pure, it's as if that note somehow was there forever."

So Barber lets you sit there, with that one note on the violin, for an incredibly long time, and then the note gets drenched with the emotion of a rich chord in the strings. Finally it has to move, Kapilow says, and it starts this lovely first phrase, which seems to take forever.

What makes it great," Kapilow says, "is that beneath all this emotion, it is one of the most clearly calculated and strongly simple and direct constructions of any piece."

Kapilow says the melody, which sounds so emotional, is "completely mathematical."

The Impact Of Barber's Adagio

A whole second wing of copying the pattern starts in the violas. Gradually, the slow repetitions acquire more expression and emotion. The piece, Kapilow says, gets higher and fuller.

"The whole pattern gets copied three times. Finally, the climax is reached by having the two versions overlap simultaneously," he says. "And we again reach the opening note of the piece: now reached in full force, with all the strings sawing away, sustaining this incredible adagio tempo — the most naked expression of emotion possible — as they take that top note and hit it with three different chords."

After that outcry of emotion, Kapilow says there's nowhere to come back to but the opening. But then gradually, he says, it gets shortened.

"Instead of the long melody, our emotions get shortened to just four notes. Finally, the notes slow down, twice as slow. We can't emote any longer. Then we hear that final note for a split second, and then that chord is taken as the only possible resolution. We would have never dreamed that this is where acceptance lies. The whole piece has just been reduced to just those two chords."

What's so powerful, Kapilow says, is the inevitability of the emotional cycle of the piece. The simplicity of it: You hear it once, it's copied again, it comes back, it reaches a climax, then gets reduced to four notes.

"The simplicity of the logic," he says, "is to make you feel the universality of the journey: from the simple note to the high emotional wailing to release and to final acceptance, but never in the place you thought it was going to lead you to.

"The slowness is at the core of the piece," he adds. "Because acceptance is not a rapid process."