Accessibility links
Vince Gilligan: The Man Behind 'Breaking Bad' Vince Gilligan created the Emmy Award-winning drama Breaking Bad, starring Bryan Cranston as a high-school chemistry teacher who becomes a meth dealer to secure his family's finances. Gilligan tells David Bianculli why he chose Cranston for the role — and why he thinks Breaking Bad is different from every other show on TV. 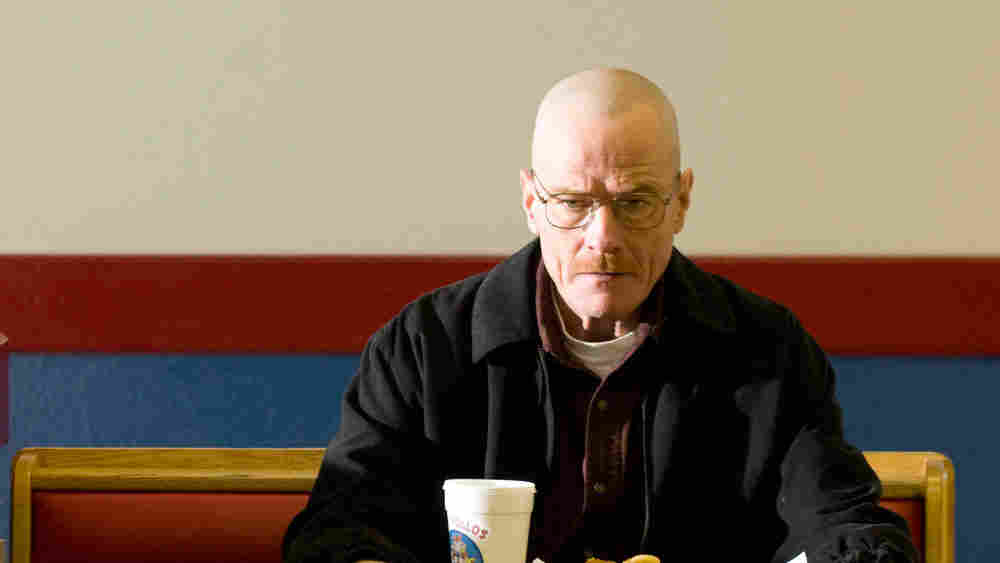 Bryan Cranston stars as Walter White, a high-school teacher turned drug dealer in Breaking Bad, the AMC drama created by Vince Gilligan. Cranston also played Hal in the Fox comedy Malcolm in the Middle, and astronaut Buzz Aldrin in From the Earth to the Moon. Ben Luener/AMC hide caption 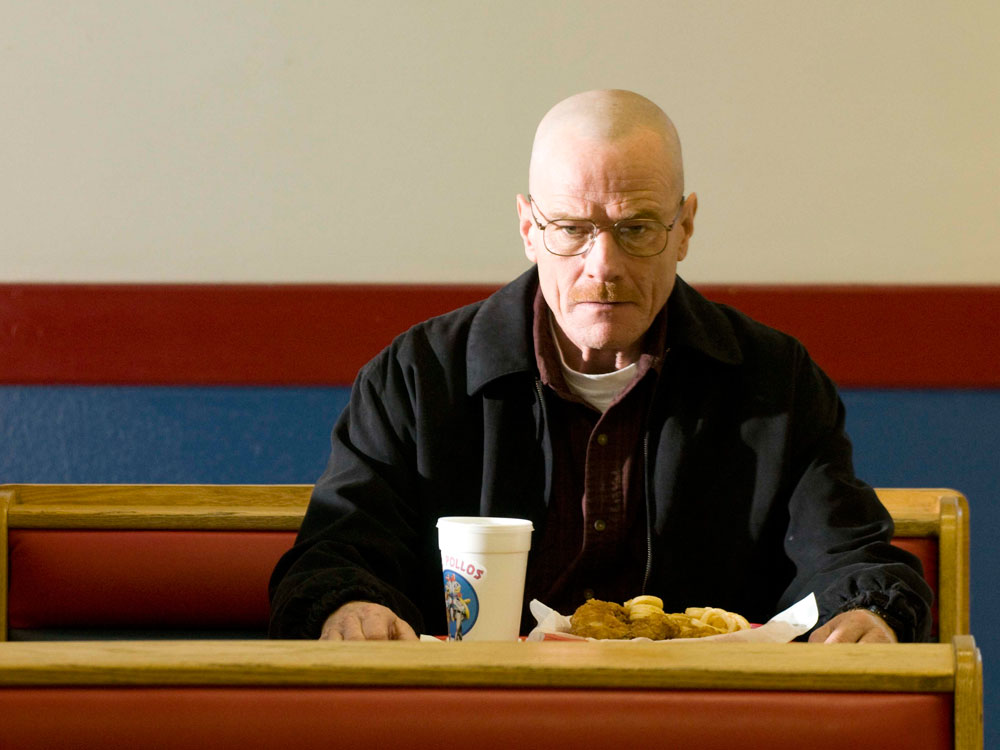 Bryan Cranston stars as Walter White, a high-school teacher turned drug dealer in Breaking Bad, the AMC drama created by Vince Gilligan. Cranston also played Hal in the Fox comedy Malcolm in the Middle, and astronaut Buzz Aldrin in From the Earth to the Moon. 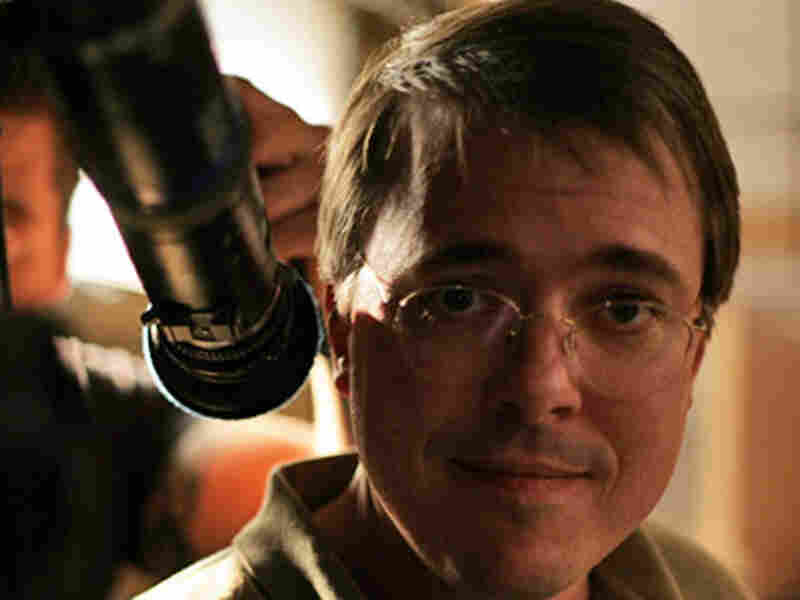 Vince Gilligan received a BFA in film production from NYU's Tisch School of the Arts. Courtesy of AMC hide caption 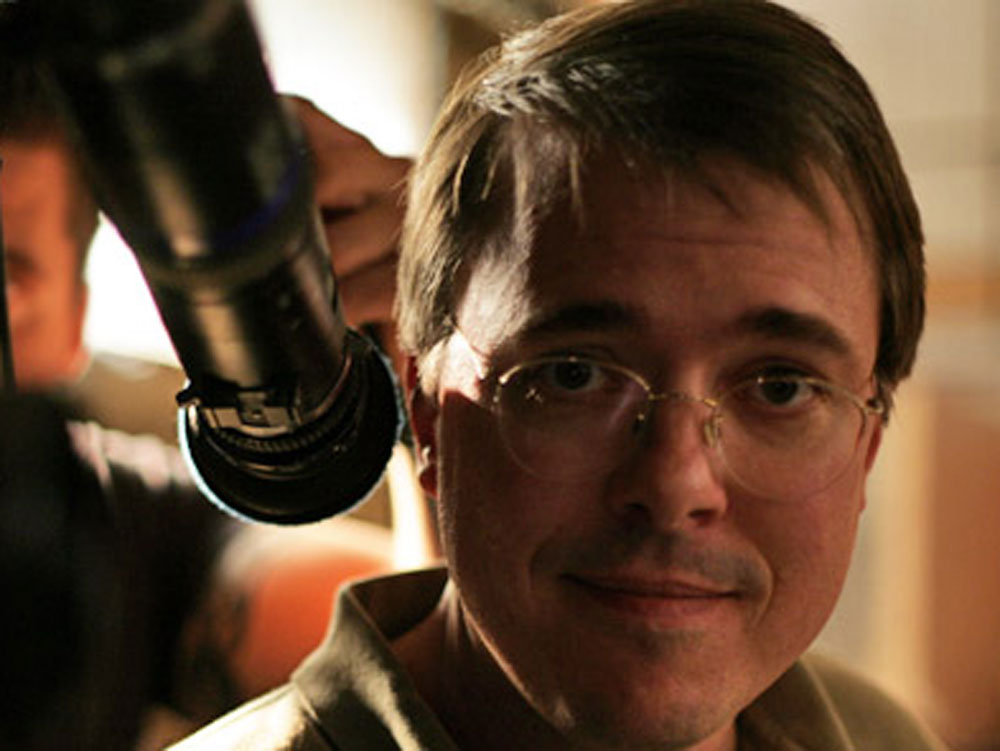 Vince Gilligan received a BFA in film production from NYU's Tisch School of the Arts.

Breaking Bad was created by Vince Gilligan, who previously worked as a producer on The X-Files. Gilligan tells David Bianculli that one of the themes of Breaking Bad is that "actions have consequences."

"We never really let things drop on our show," he says. "When Walt kills someone, it sticks with him. And when Walt lies to someone, that lie continues to exist and becomes kind of a little landmine that will blow up under his feet perhaps five, six, eight, 12 episodes later."

What makes Breaking Bad different from other TV shows, Gilligan says, is that the characters radically change, to the point where they may be unrecognizable at a season's end.

"A typical TV show is always about protecting the franchise — it's all about stretching it out as long as you can take it," he says. "And it's about taking the characters in any given hour as far as you can take them, but then resetting them more or less back to zero so at the beginning of the next week, so they're still the character you know and love. I wanted to do something different with Breaking Bad and make it a story of a character going from A to Z."

The third season of Breaking Bad begins March 21 on AMC.

On changing his writing style after realizing what the actors in Breaking Bad were capable of:

"That does happen. I can only speak for myself, but that definitely happens for 'Breaking Bad.' ... A good example for us would be that my original intention for the character of Jesse Pinkman, played by Aaron Paul, was that Jesse was going to die at the end of Season 1. And his death would just be in very mechanical plot terms — it was going to be an engine for generating great guilt and greatly motivating the character of Walter White — in a very dark fashion. Halfway through the first episode, it was so clear to me that this young actor was a wonderful addition, a great asset to the show and was going to be a big star — and was just a great guy to boot — that I quickly changed my mind about killing off this character."

On casting Bryan Cranston as Walter White after seeing him guest star in The X-Files:

"I was fortunate enough to not know who Bryan Cranston was when he came in and read for us — and I say that ironically, somewhat. This was about 18 months before 'Malcolm in the Middle' came on the air, and we were having a hard time casting the part. What we knew we needed was a great actor who could be scary and very intense and deliver a lot of really horrible, nasty lines. ... And yet, as nasty as he is, you want to feel bad for him when he expires at the end of the episode [of 'The X-Files']. And we knew we needed an actor who could pull all of that off. ... And Bryan walked in and nailed it."