Accessibility links
Frank Deford: The NCAA Basketball Tournament Should Not Be Expanded Among all the things in sports that need fixing, the NCAA basketball tournament isn't one of them. As it is, plenty of obscure teams get into the field of 65 teams. Commentator Frank Deford takes on the idea that basketball's "Big Dance" should get even bigger. 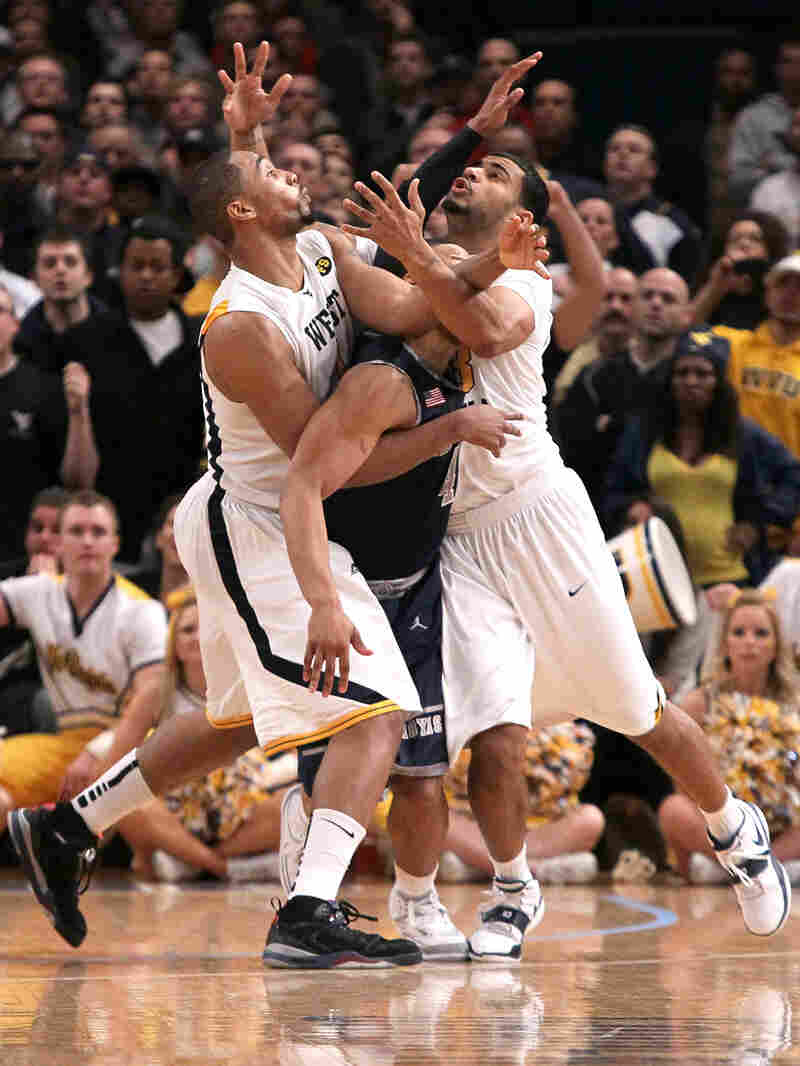 Thrill Of The Struggle: Da'Sean Butler (left) and Casey Mitchell of West Virginia fight for a loose ball (and an eventual No. 2 seed) during their win over Chris Wright and Georgetown. Jim McIsaac/Getty Images hide caption 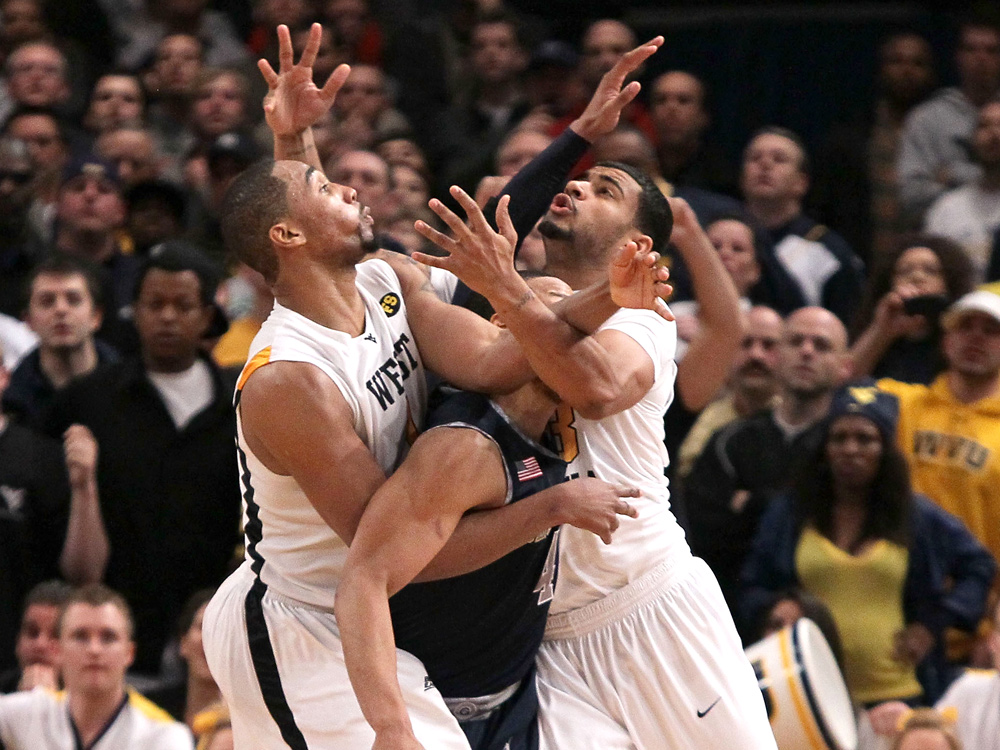 Thrill Of The Struggle: Da'Sean Butler (left) and Casey Mitchell of West Virginia fight for a loose ball (and an eventual No. 2 seed) during their win over Chris Wright and Georgetown.

There are some things in sport that every wise, clear-thinking, informed person — like me — wants changed. These include:

How much finer, lovelier a world it would be if wiser heads prevailed and all those terrible things could be fixed.

Rather, the reverse. Yes, now some numbskulls are suggesting a way to screw up the one best thing in college sport. They actually want to add teams to the men's NCAA basketball tournament. Sixty-five isn't enough. Let's have 96. Let's have 128. Honestly. This is what people are suggesting.

This would mean something like the eighth-best team in the Atlantic Southeastern Conference would be playing the sixth-best team in the Big Whatever in the national championship tournament. Any bar that watered the drinks down that much would be out of business before Happy Hour.

Mostly, it seems, the geniuses who want to dilute March Madness are basketball coaches. Hey, let's be honest: these guys don't want more teams in the NCAAs. They just want more coaches in the NCAAs.

The only other reason to expand the field is that there must be a conspiracy to finally find a way to get Northwestern into the tournament.

March Madness has it just right. Nobody gets any byes. Nobody gets any home-court advantage. They played one game Tuesday night, and everybody else starts Thursday and Friday. Then the regionals; then the Final Four. Very neat — the most symmetrical championship around.

And it attracts extra interest because all those people who don't know basketball from badminton fill out brackets down at the office and hope for a little jackpot. Listen, you take the NCAAs up to 96 or 128, and all of a sudden the fun of brackets is going to feel more like a chore. It'll be like having to do your taxes.

Look, I understand: college basketball does feel a little slighted. As the Super Bowl carries football into February, the window when college hoops reign supreme diminishes. Since March Madness is its moment in the sun, it naturally wants to make more of that — but too much of a bad thing is not the answer.

The charm of the NCAA basketball tournament is that it's like American Idol, Dancing With the Stars, and all those other reality shows. Every game is an elimination.

We may say second chances are very American, but in playoffs, the vicarious thrill is knowing the loser is finished, gone, kaput, extinguished. It's mean, but that's why we watch.

But also like those reality shows, you must have some appreciation of who's competing, or you just don't care. Add more teams, more games, more weeks, and you'll turn March Madness into March Monotony.