Accessibility links
Runaway Cars: Driver Error Or Car Malfunction? The problems with Toyota's gas pedals have been front page news for weeks now, but what about the people in front of the pedals? Earlier studies have found that the majority of car-surging incidents were actually the fault of the driver. But the recent problems with cars continuing to accelerate haven't been studied yet. 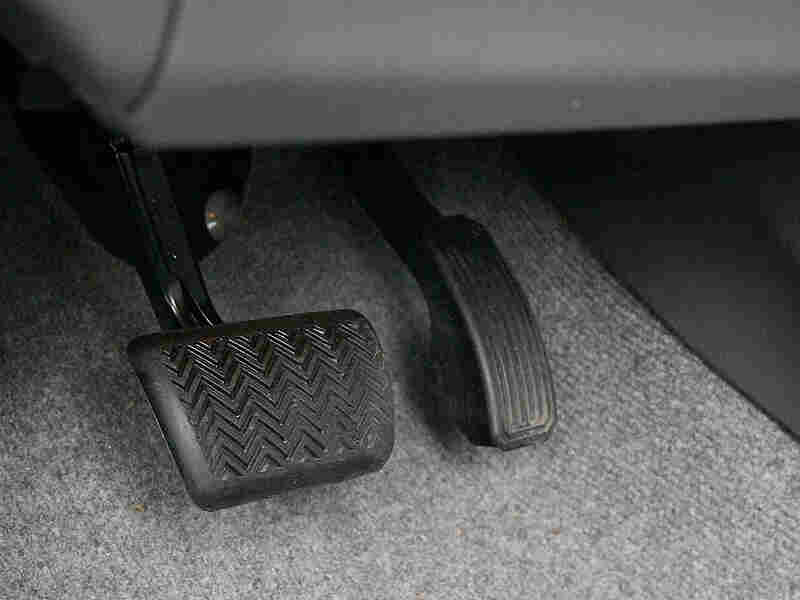 In response to reports of cars unexpectedly surging forward, researchers set up some experiments to study the problem. The results were somewhat surprising. AP hide caption 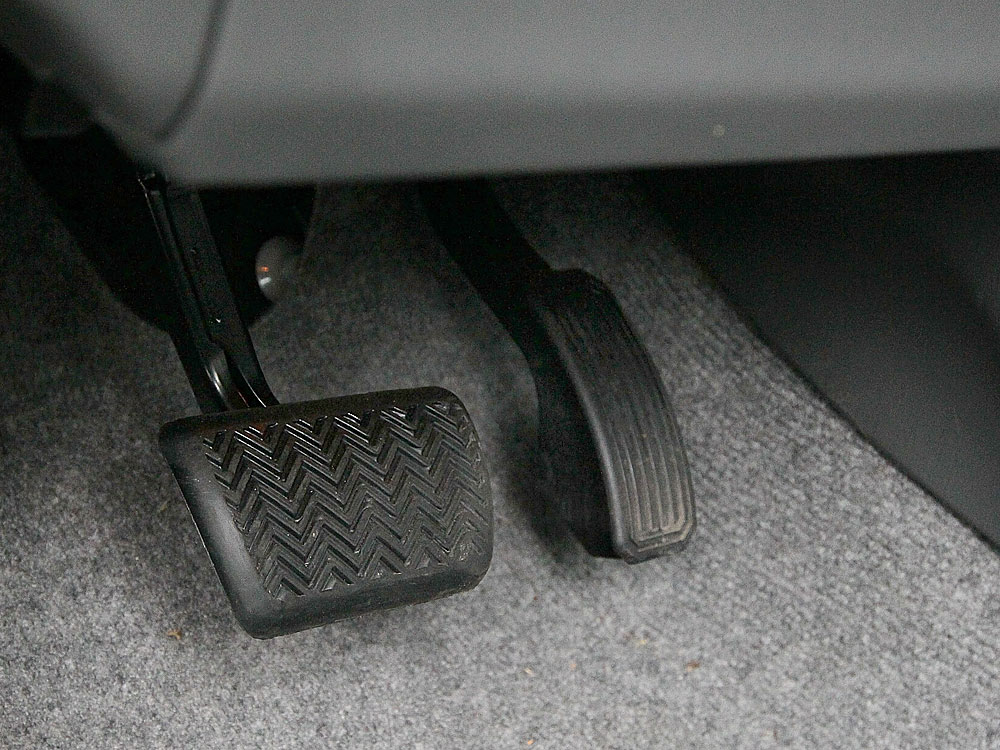 In response to reports of cars unexpectedly surging forward, researchers set up some experiments to study the problem. The results were somewhat surprising.

In the mid-1980s the car company Audi had a problem. Some customers were reporting a mysterious defect in the Audi 5000. Their cars, they said, were uncontrollably surging forward. There had been accidents. Deaths.

Audi denied the cars were the issue, and so the U.S. government undertook an enormous study of sudden acceleration.

Joan Claybrook, the former head of the advocacy group Public Citizen, says that when this report on sudden acceleration finally came out in 1989, its conclusions were unwavering: The problem was driver error. People, not cars, were to blame.

And so for 30 years, Claybrook says, whenever potential cases of sudden acceleration came up they were mostly -- and in her view tragically -- dismissed. It was just assumed that the person had panicked and pressed the wrong pedal.

Mark Saylor was an off-duty police officer who experienced a deadly episode of sudden acceleration while driving north on Highway 125 in California with his wife, child and brother-in-law. The brother-in-law called 911 and reported their situation. The call was recorded and, after Saylor and his family were killed, released to the public.

All across America, people listened to this call of Saylor and his family speeding to their deaths and instantly changed their view of driver error. Saylor was clearly calm enough to make a phone call and explain his problem.

And so the narrative changed overnight: Now cars, not people, were to blame. That was the story in hearing rooms of Congress, on the 24-hour cable networks and the headline in the papers.

But some experts say that though there may in fact be real defects in Toyotas and other cars, it's likely that at least some of the episodes of sudden acceleration that have made the news recently are the product of human error.

According to the research, they say, human beings have a long history of pushing the wrong pedal.

The Research On Human Error

Walter Wierwille is a former professor of industrial and systems engineering at Virginia Tech and was associate director of the Virginia Tech Transportation Institute. He is also one of the few people in this country who have published peer-reviewed research on the interaction between human drivers and their car pedals.

In fact, back in the 1980s, at the start of the Audi debacle, he was one of the first people to look into this subject. And he says that initially experts believed pedal error was really rare.

"They thought it was very uncommon," Wierwille says. "The assumption would be that the driver usually gets the pedals right, or always gets the pedal right. Pedal errors are not [viewed as] a problem."

So Wierwille decided to do a test. He used the local paper to recruit drivers, whom he then put in car simulators that had video cameras. The results were pretty surprising.

"An error might generally occur once every half-hour, or every hour," he says.

Now, the vast majority of these errors were not serious. People might lightly tap the wrong pedal with their foot, for instance. But Wierwille did also find a few cases where people just chose the wrong pedal. Still, in his study these cases were rare. "Across the entire experiment we had a couple of instances where this occurred, [not enough] to draw any conclusions."

So could people really just mistake their gas pedals for brake pedals in a way that caused accidents?

This question was answered by another researcher, Richard Schmidt, a human performance psychologist at UCLA. Schmidt combed through all the accident reports in the state of North Carolina for a seven-year period. He found regular reports of pedal error.

"In the seven-year period that we studied there were something like 3,700 pedal error accidents," Schmidt says. Drivers would regularly hit the accelerator intending to hit the brake and crash into the car in from of them, he says.

This work helped to prove that pedal error really was an issue, but here is the question that neither Schmidt nor Wierwille ever answered: While it's clear that people make errors, do they make sustained errors? Could you hurtle down a highway for minutes at a time mistakenly pressing the wrong pedal?

No one has done research specifically on sustained error with car pedals. But psychologists have spent a lot of time thinking about the errors humans make. Psychologist Chris Wickens has written a book on this subject, and he says that psychologists looking at people under intense stress have identified something called the "perseveration response."

This is particularly likely to happen when people have misdiagnosed the problem. For instance, they might believe that they are hitting the brake when they are in fact hitting the gas. Because their basic analysis is wrong, under stress -- which tends to make creative thinking difficult and narrows your field of attention -- they are liable to repeat and repeat that wrong action in an attempt to fix it.

Three Mile Island is a good example of this, says Wickens. The nuclear engineers on site misdiagnosed the problem: They thought that a cooling valve was closed when it was actually open.

As a result, "they ignored other sources of evidence that said, 'no, the pressure's not too high; it's actually getting too low.' And so they continued with the same kind of behavior until they reached a crisis situation."

Wickens, like all the psychologists consulted for this article, was careful to say that at this point it's impossible to know what role human error played in all these reports of sudden acceleration. Cars have changed a lot since some of this research was published, and those changes could change the equation. More research is needed, they say.