Accessibility links
Ella Fitzgerald: America's First Lady Of Song In the 1930s and '40s, band singers were mostly blond, sophisticated and attractive. Ella Fitzgerald was awkward, gawky and even a bit chubby by comparison — but could she sing. 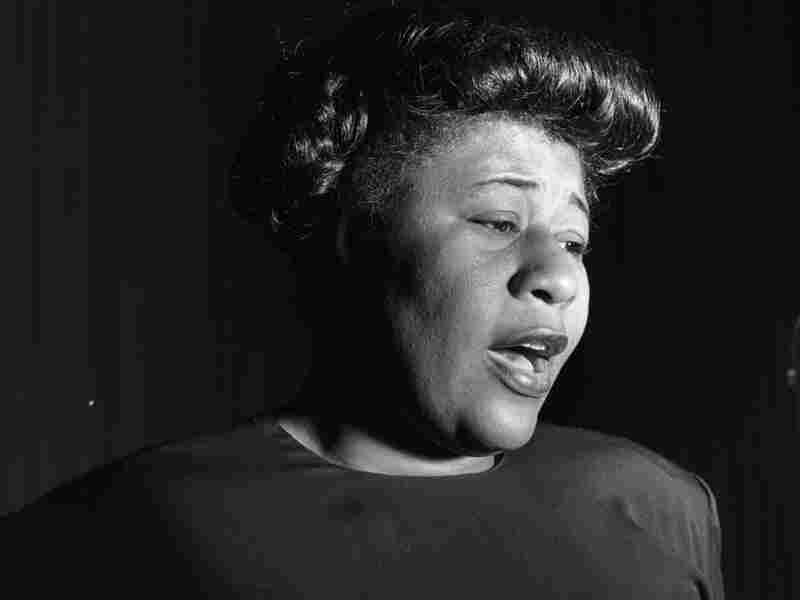 Ella Fitzgerald had not one sad edge to her voice. She always had listeners smiling by the second note. George Konig/Hulton Archive hide caption 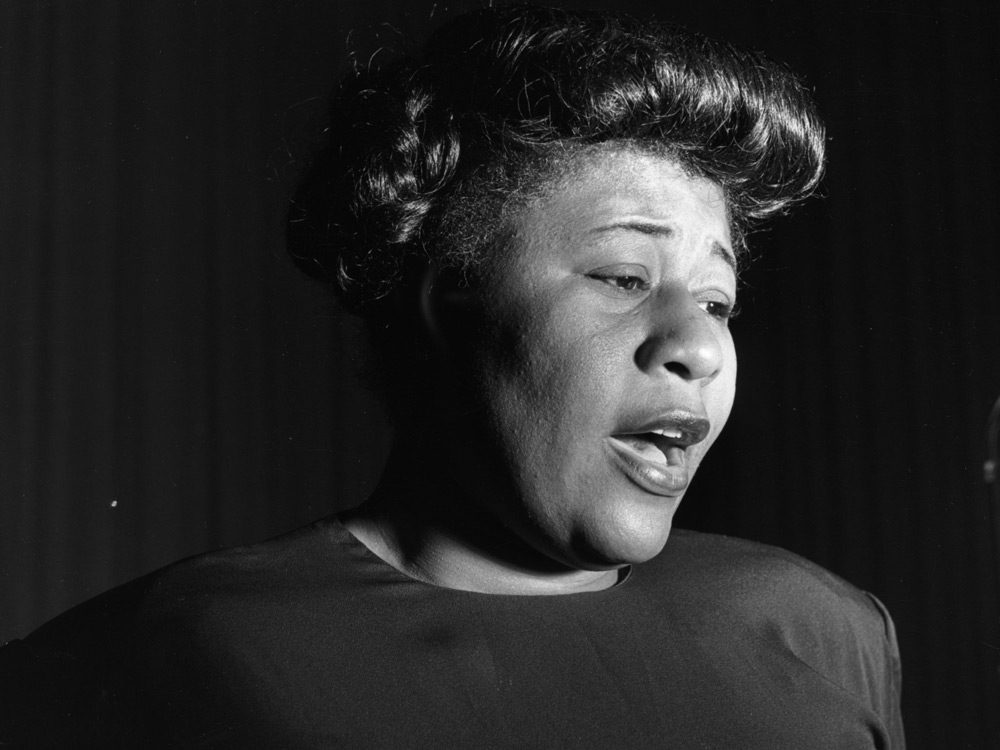 Ella Fitzgerald had not one sad edge to her voice. She always had listeners smiling by the second note.

Ella Fitzgerald's scat singing — a form of spontaneous musical invention — was as dazzling as her simplest melodic statements.

She started as a band singer, then spent the next two decades as a soloist. In 1956, Fitzgerald began recording the Great American Songbook — albums of music by Cole Porter, Rodgers and Hart and the Gershwin brothers. It's what made her "America's First Lady of Song." Many singers recorded these numbers, and pianist Billy Taylor worked with many of them.

"[These were] wonderful singers who did wonderful things," Taylor says. "But for me, Ella was the one that really touched my heart. She was so sincere."

Taylor accompanied Fitzgerald in the 1940s.

In 1983, the vocal group The Manhattan Transfer sang with Fitzgerald. Janis Siegel remembers their afternoon rehearsal.

"We were all around the piano," Siegel says. "We did our little four-part harmony party, and then she scatted a couple of choruses. And she turns to us and said, 'Was that all right?' And I was so flabbergasted. It's like God asking angels after he just created the world and turned and said, "Well, whaddya think? The Grand Canyon? Could it use a little tweaking?' "

Fitzgerald had very little self-confidence. From childhood on, she was painfully shy.

"She never believed that she was really Ella Fitzgerald," Taylor says.

I never knew how good our songs were until I heard Ella Fitzgerald sing them.

In Newport News, Va., her mother was a laundress. Her father left the family when Fitzgerald was 3. She spent time with an aunt, then in foster care and a reformatory. In New York, she won singing contests, worked with bands, and recorded some hit records. Her first million-seller was a novelty tune called "A-Tisket, A-Tasket."

Janis Siegel On Visiting Fitzgerald For The First Time

But her career went up and down. In the '30s and '40s, band singers were mostly blond, sophisticated and attractive. Fitzgerald was awkward, gawky and even a bit chubby by comparison — in the words of one newspaper writer, "a big, light-colored gal." But could she sing.

She had impeccable timing and perfect pitch. In fact, band musicians said they would tune up to her voice. Endlessly inventive, only on record did she sing the same way twice. There's no sad edge to her voice — Ella Fitzgerald has listeners smiling by the second note.

"I never listen to Ella for emotional depth, but for sheer purity of tone, musicality, playfulness, inventiveness and rhythmic virtuosity," Siegel says. "To me, there's no one like Ella Fitzgerald."

Fitzgerald, who died in 1996, sang "How High the Moon" dozens of times. To some, her most remarkable recording was made at a concert in Berlin in 1960. There's something otherworldly about that performance. By the end, it's as if she's on another planet, as if she cannot stop.

Get To Know Ella

"It's like her life will end if she gets off that stage. And while she's on stage, she's in the dream," Siegel says. "She's in a dream of everything is harmonious, and people love her, and she can just go for chorus after chorus of inventiveness. It's astounding."

Even more astounding is the fact that she takes listeners right along with her. Mopping her face with an ever-present handkerchief, holding the microphone like a cigarette, and tilting her head back when she has to, Ella Fitzgerald is singing her heart out. Always.