Accessibility links
Crunching Numbers In The 'Hollywood Economy' How do Hollywood studios make money? Journalist Edward Jay Epstein goes looking for answers in The Hollywood Economist, explaining the complicated relationship between distributors and studios — and revealing why the humble cup holder may be the greatest technological advancement in the history of Hollywood. 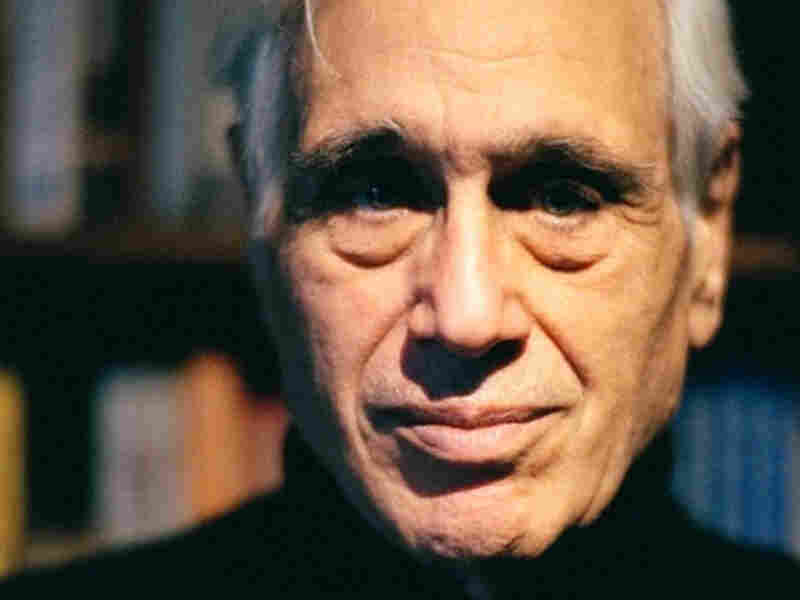 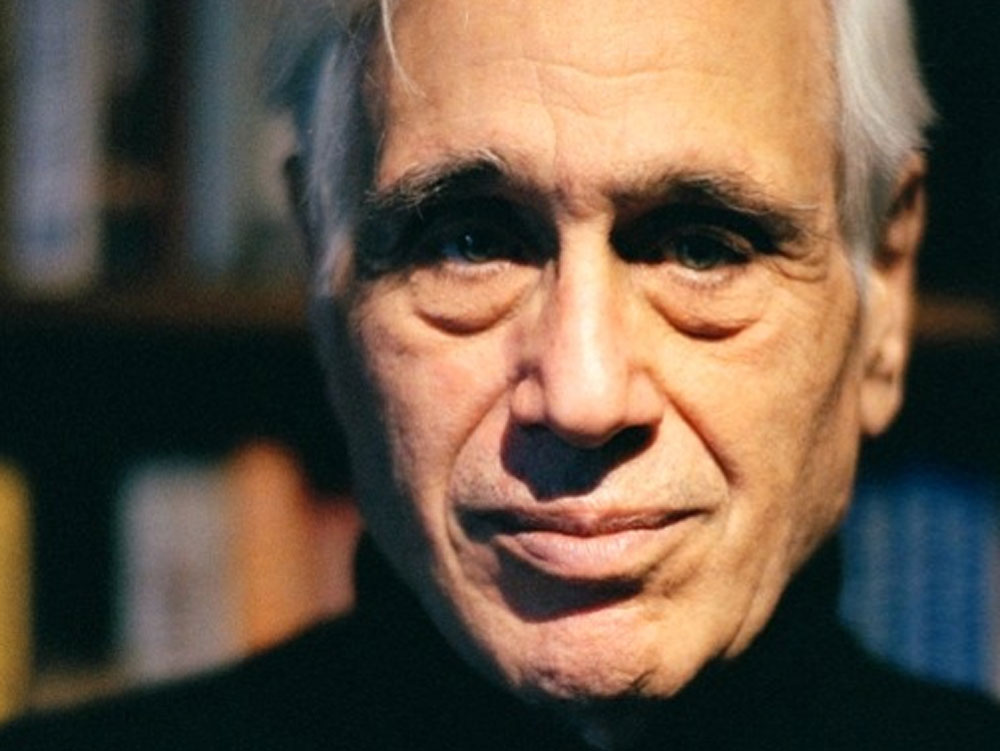 Edward Jay Epstein wrote the column "Hollywood Economist" for Slate in 2005 and 2006.

The percentage of Americans who go to the movies on a regular basis has dropped drastically since the 1940s. A large studio may spend $50 million on a single ad campaign for a blockbuster film. And before a studio can take a profit, both the local theater and a regional or national distributor take their cuts of the box office.

So how does Hollywood still make money?

By resting on its laurels, at least in part. Investigative journalist Edward Jay Epstein reminds Fresh Air contributor Dave Davies that studios "have a library of movies, of thousands of titles."

"Those titles, they can sell over and over again to television stations, to cable networks, to pay television, to put them on DVD, [to] license them to games," Epstein says. "This brings in a steady and major flow of money, which pays for production."

Epstein is the author of the new book The Hollywood Economist, which looks into more than one Hollywood mystery — including what exactly is the difference, if any, between a studio and a distribution company.

"Studios are in two businesses," he explains. "One is making films; the other is distributing movies. For the large studios, when we're talking about studios and distributors, what we're actually talking about is the same."

Epstein is also the author of Inquest: The Warren Commission and the Establishment of Truth, Cartel and Dossier: The Secret History of Armand Hammer.

On how movie watching has changed since the '40s:

"In the 1940s, [going to the movies] was the national pastime. Approximately 67 percent of the American public — every week, on the average — went to a movie. And they didn't just see movies — they saw newsreels, they saw cartoons, animation, shorts, a second feature — but it was their weekly pastime. Today, less than 10 percent of the public, on the average, go to the movies in a week."

"Now when films are shown digitally, there's a digital file. But the movie companies — the studios, the distributors ... still charge — this is not something they make public — they still charge the film for what they call a digital copy, even though the digital copy might cost them $50 rather than $1,000. ... So they have a basic scam going on, and that is charging for something that doesn't exist."

On cup holders in theaters:

"When I was traveling with a theater owner ... [to the movie-industry convention] ShoWest, he said, 'You know what the greatest technological advancement in the history of movies is?' And I thought he was going to say sound or color or even widescreen. He said, 'The cup holder — because the cup holder allows the patron to put the cup down, go and get popcorn and come back to the seat, so they get two or three hits from the same customer at the popcorn stand.'" 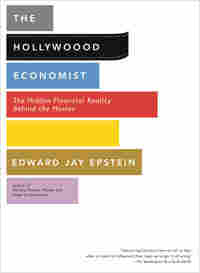 There was a time, around the middle of the twentieth century, when the box office numbers that were reported in newspapers were relevant to the fortunes of Hollywood: studios owned the major theater chains and made virtually all their profits from their theater ticket sales. This was a time before television sets became ubiquitous in American homes, and before movies could be made digital for DVDs and downloads.

Today, Hollywood studios are in a very different business: creating rights that can be licensed, sold, and leveraged over different platforms, including television, DVD, and video games. Box office sales no longer play nearly as important a role. And yet newspapers, as if unable to comprehend the change, continue to breathlessly report these numbers every week, often on their front pages. With few exceptions, this anachronistic ritual is what passes for reporting on the business of Hollywood.

To begin with, these numbers are misleading when used to describe what a film or studio learns. At best, they represent gross income from theater chains' ticket sales. These chains eventually rebate about 50 percent of the sales to a distributor, which also deducts its outlay for prints and advertising (P&A). In 2007, the most recent year for which the studios have released their budget figures, P&A averaged about $40 million per title --more than was typically received from American theaters for a film in that year. The distributor also deducts a distribution fee, usually between 15 and 33 percent of the total theater receipts. Therefore, no matter how well a movie appears to fare in the box office race reported by the media, it is usually in the red at that point.

So where does the money that sustains Hollywood come from? In 2007, the major studios had combined revenues of $42.3 billion, of which about one-tenth came from American theaters; the rest came from the so-called backend, which includes DVD sales, multi-picture output deals with foreign distributors, pay-TV, and network-television licensing.

The only useful thing that the newspaper box office story really provides is bragging rights: Each week, the studio with the top movie can promote it as "Number 1 at the box office." Newspapers themselves are not uninterested parties in this hype: in 2008, studios spent an average of $3.7 million per title placing ads in newspapers. But the real problem with the numbers ritual isn't that it is misleading, but that the focus on it distracts attention from the realities that are reshaping and transforming the movie business. Consider, for example, studio output deals. These arrangements, in which pay-TV, cable networks, and foreign distributors contractually agree to buy an entire slate of future movies from a studio, form a crucial part of Hollywood's cash flow. Indeed, they pay the overhead that allows studios to stay in business. The unwinding of output deals, which started to occur much more frequently in about 2004, can doom an entire studio, as happened in 2008 to New Line Cinema, even though it had produced such immense box office successes as the Lord of the Rings trilogy. Yet, despite their importance, output deals are seldom mentioned in the mainstream media. As result, a large part of Hollywood's amazing moneymaking machine remains nearly invisible to the public.

The problem here does not lie in a lack of diligence on the part of the journalists, it proceeds from the entertainment news cycle, which generally requires a story about Hollywood to be linked to an interesting current event within a finite time frame. The ideal example of such an event is the release of a new movie. For such a story, the only readily available data are the weekly box office estimates; these are conveniently reported on websites such as Hollywood.com and Box Office Mojo, which also attach authoritative-sounding demographics to the numbers. If an intrepid reporter decided to pursue a story about the actual profitability of a movie, he or she would need to learn how much the movie cost to make, how much was spent on P&A, the details of its distribution deal and its pre-sales deals abroad, and its real revenues from worldwide theatrical, DVD, television, and licensing income. Such information is far less easily accessible, but it can be found in a film's distribution report. But this report is not sent out to participants until a year after the movie is released, so even if a reporter could obtain it, the newspaper's deadline would be long past. Hence the media's continued fixation on box office numbers, even if reporters are aware of their irrelevance in the digital age.

This book's purpose is to close gaps like these in the understanding of the economic realities behind the new Hollywood. In this pursuit, I benefited enormously from the help I received from people inside the industry. I was greatly aided by distribution reports, budgets, and other documents given to me by producers, directors, and other participants in the making and marketing of movies, and I am deeply indebted to several top studio executives who furnished me with the secret MPA All Media Revenue Report for 1998 through 2007 and with studio PowerPoint presentations concerning marketing costs. These documents revealed the global revenue streams of Hollywood films, including the money that flows in from theaters, DVDs, television licensing, and digital downloads. 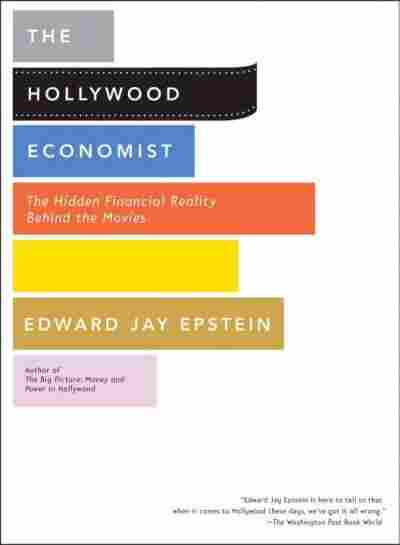 The Hidden Financial Reality Behind the Movies