Accessibility links
'Orange Is The New Black' In Federal Women's Prison Piper Kerman was bored with her middle class life — so she joined a group of artists-turned-drug smugglers. Her memoir, Orange Is The New Black: My Year In A Women's Prison, recounts her exotic life in the drug trade, her attempt to leave it behind, and her experience serving time with other women from all walks of life. 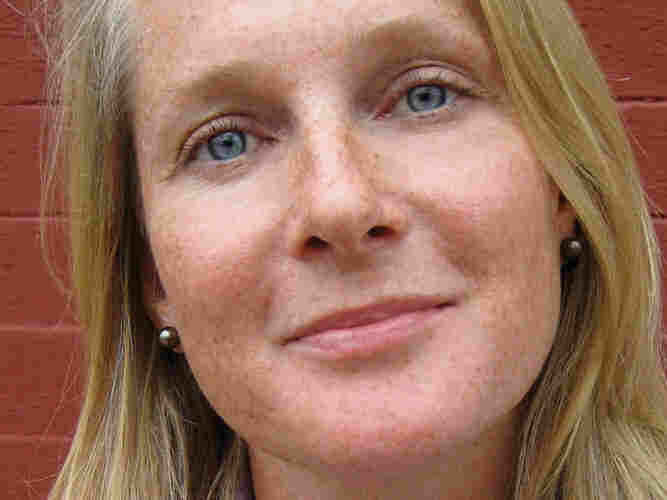 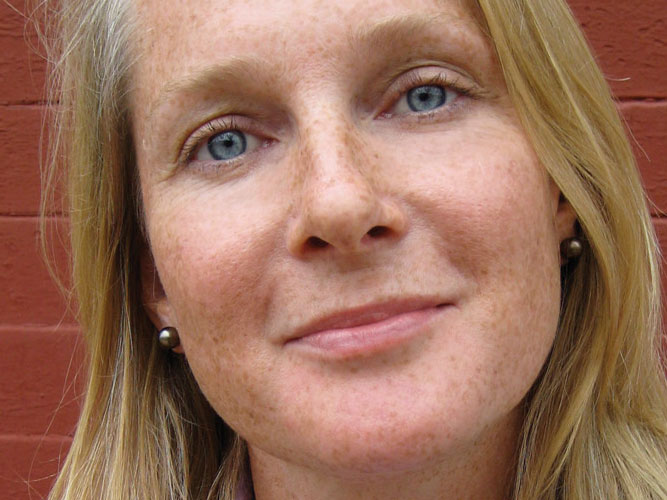 Piper Kerman is now vice president at a Washington, D.C.-based communications firm that works with foundations and nonprofits.

Smith graduate Piper Kerman was bored with her middle class life — so she joined a group of bohemian artists-turned-drug smugglers. After traveling to exotic resorts and smuggling a suitcase packed with drug money from Chicago to Brussels, she broke free from the drug trade and found a new life, normal jobs and a blooming romance.

But 10 years later, federal officers knocked on her door. Kerman pleaded guilty to drug smuggling and money laundering and went on to serve time in a federal women's prison in Danbury, Conn.

In her memoir, Orange Is The New Black: My Year In A Women's Prison, Kerman recounts a year in which she learned to clean her cell with maxipads, to wire a light fixture, and to make prison cheesecake — all while finding camaraderie with women from all walks of life.

Excerpt: 'Orange Is The New Black' 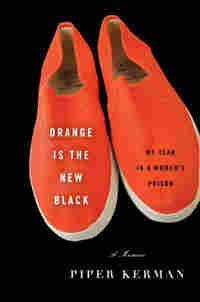 Orange Is the New Black: My Year in a Women's Prison
By Piper Kerman
Hardcover, 320 pages
Spiegel & Grau
List price: $25.00

I had learned a lot since arriving in prison ﬁve months ago: how to clean house using maxipads, how to wire a light ﬁxture, how to discern whether a duo were best friends or girlfriends, when to curse someone in Spanish, knowing the difference between "feelin' it" (good) and "feelin' some kinda way" (bad), the fastest way to calculate someone's good time, how to spot a commissary ho a mile away, and how to tell which guards were players and which guards were noth¬in' nice. I even mastered a recipe from the prison's culinary canon: cheesecake.

I made my ﬁrst effort at cooking for someone's going-home party, preparing a prison cheesecake according to my coworker Yvette's Spanish-and-hand-gesture instructions. Unlike a lot of prison cookery, most of the necessary ingredients could be bought at the commissary.

1. Prepare a crust of crushed graham crackers mixed with four pats of margarine stolen from the dining hall. Bake it in a Tupperware bowl for about a minute in the microwave, and allow it to cool and harden.

2. Take one full round of Laughing Cow cheese, smash with a fork, and mix with a cup of vanilla pudding until smooth.

Gradually mix in one whole container of Cremora, even though it seems gross. Beat viciously until smooth. Add lemon juice from the squeeze bottle until the mixture starts to stiffen. Note: this will use most of the plastic lemon.

3. Pour into the bowl atop the crust, and put on ice in your bunkie's cleaning bucket to chill until ready to eat.

It was a little squishy the ﬁrst time; I should have used more lemon juice. But it was a great success. Yvette raised her eyebrows when she tasted it."Buena!" she proclaimed. I was very proud.