Accessibility links
Is Grass-Fed Beef Better For You Than Corn-Fed Beef? A decade ago, there were fewer than 50 grass-fed-cattle operations in the U.S. Now there are thousands. Clearly people are eating this meat. Trendiness aside, is grass-fed beef more nutritious than standard, corn-fed beef?

What's old is new again. Across the U.S. farmers are turning back to a traditional method of cattle raising: feeding cows on grassy pastures instead of troughs filled with corn. A decade ago, there were only about 50 grass-fed-cattle operations left in the United States. Now, there are thousands and the numbers are growing.

Just look to your local farmer's market or specialty grocer for the evidence. It's much easier these days to get your hands on grass-fed beef from farms where cows spend their days out on pasture grazing on all sorts of grasses — from clover to wild onions to different types of tufted grasses called fescue. And beef eaters notice a difference from corn-fed cattle. (Watch my Tiny Desk Kitchen video above with NPR's Susan Stamberg and Ari Shapiro to see which beef they preferred.)

So there's more of this meat on the market, but is it really any different? I was curious about differences — both in taste and nutrition — so I called on farmer Forrest Pritchard, who runs Smithfield Farm in Berryville, Va. 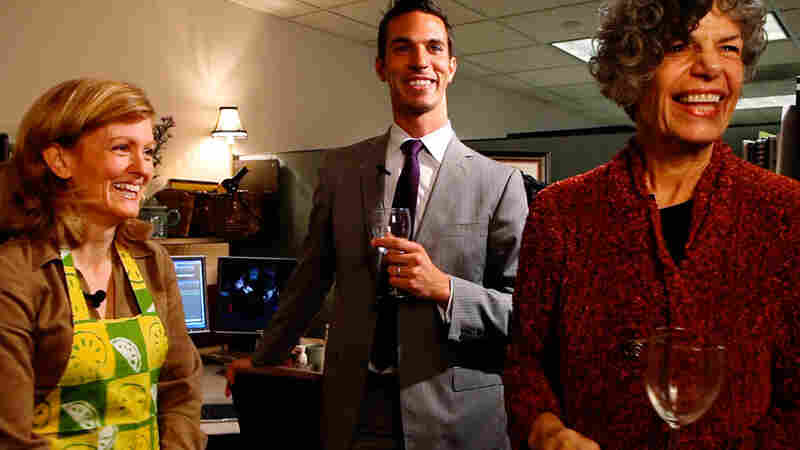 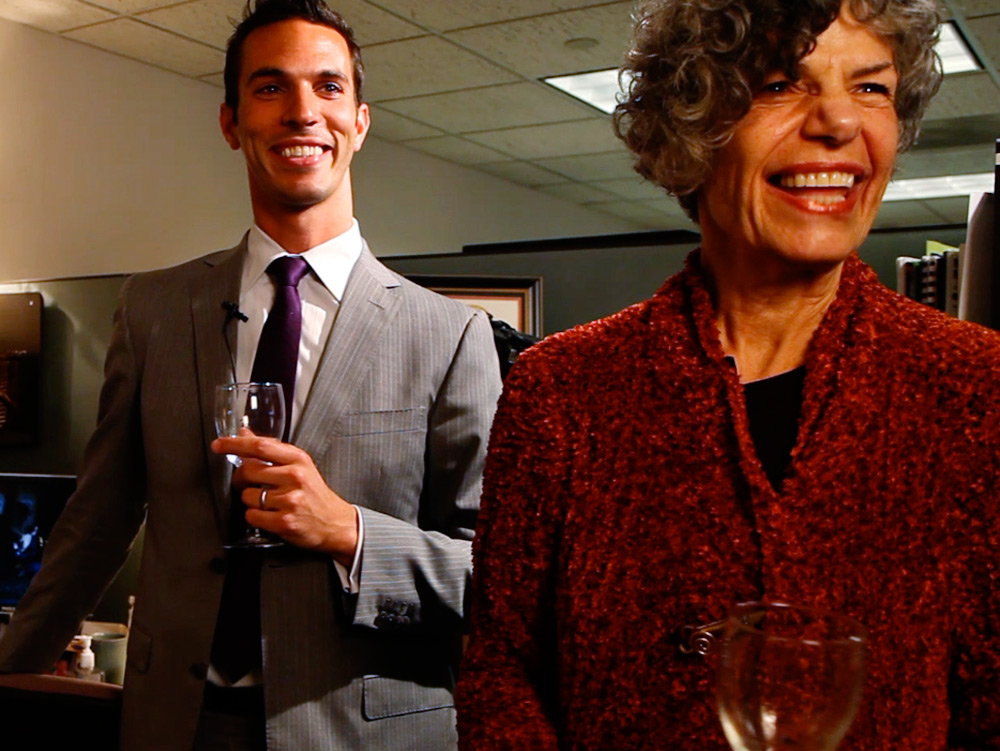 "I think of my cows as four-legged lawn mowers," Pritchard told me as we walked his pastures one morning. After he pointed this out, I noticed that his cows were always on the move. That exercise leads to more muscle tone. And the resulting beef? Well it can taste a little chewier than most folks are accustomed to. Taste testers say the flavor is more varied than the typical grocery store cuts of beef that come from corn-raised cows.

From Pasture To Trough

Farmers first made the switch from grass to corn years ago because corn allows them to fatten up their cattle faster.

It's the difference, for humans, between eating bags of spinach all day vs. dense, calorie-rich oatmeal. A lot of corn-fed-cattle raisers still start their animals out on pasture, but then quickly move them to troughs of grain for fattening.

That means farmers can raise more cattle and in smaller spaces — because they don't need all of that pasture. And yes, that means there's more beef for the millions and millions of hungry Americans. 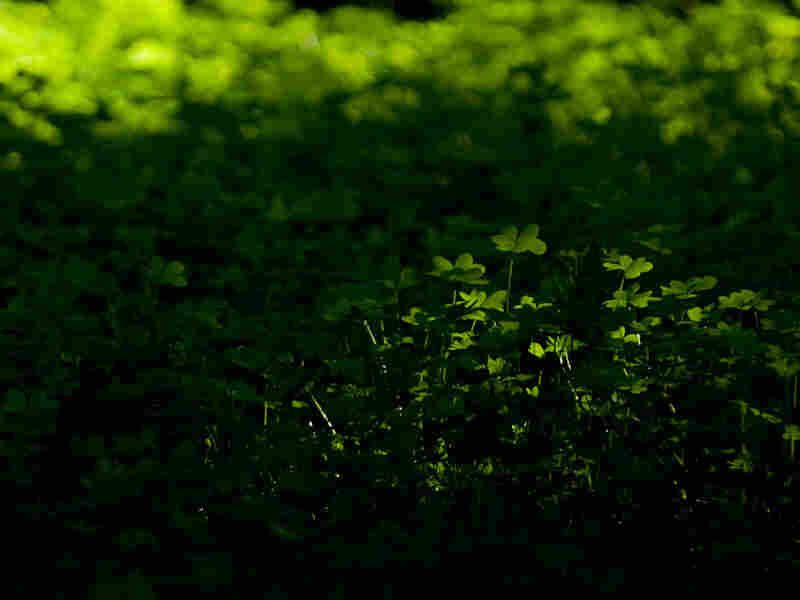 Cows love to eat clover, which is rich in omega-3 fatty acids. Eating clover and other grasses gets those heart healthy fats into their meat. Zac Visco for NPR hide caption 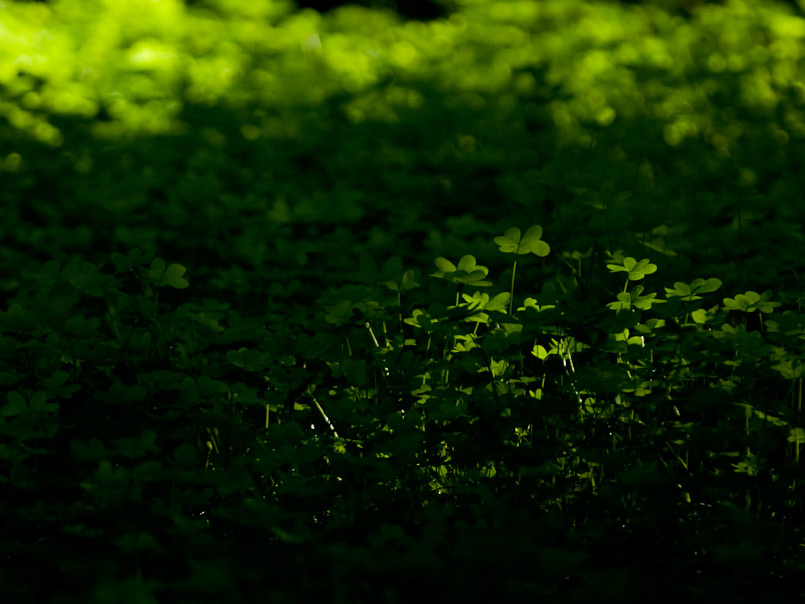 Cows love to eat clover, which is rich in omega-3 fatty acids. Eating clover and other grasses gets those heart healthy fats into their meat.

All right, there is a difference in taste, for sure. But what I'm really interested in is whether it's nutritionally any different. And the story gets a little fishy here. You know how nutritionists are always recommending fish? Well, that's because many fish are rich in heart-healthy omega-3 fatty acids.

And where do the fish get these omega-3s? They eat it. (Well, generally, the tiniest sea creatures eat algae, and it moves up the food chain to bigger fish.) With grass-fed cows, it's a similar story. Omega-3s are in their meat-- because they're eating grasses and clover rich in these heart-healthy fatty acids.

A recent analysis from the Union of Concerned Scientists found that grass-fed steak has about twice as many omega-3s as a typical grain-fed steak. Another study published in March in Nutrition Journal backed up those numbers.

Still, with 35 milligrams of heart-healthy fats per serving, grass-fed steak can't compete with a salmon dinner, which has about 1,100 milligrams. But it's a significant difference in omega-3s between grass-fed and corn-fed beef. (You can calculate the fat/protein or micronutrients of any food in your diet with this USDA tool.)

And since grass-fed cattle are typically leaner, almost all cuts of grass-fed beef have less total fat than beef from corn-raised cattle. Of course, the breed of cattle leads to variation, too.

There's a lot of variation in price on both sides of the aisle — and grass-fed will usually cost more. Farmers have to pay for all that pasture. A random price check found Whole Foods selling a pound of grass-fed sirloin for $9.99; Safeway was selling its corn-fed sirloin for $7.99 a pound. (On the day we checked, Safeway had the sirloin on sale for $5.99 a pound.)

My conclusion? On the whole, grass-fed beef is better for you than corn-fed. But it may not give you that melt-in-your-mouth sensation you grew up on, and it's going to cost you a more. So are these differences worth the price? That's up to you. 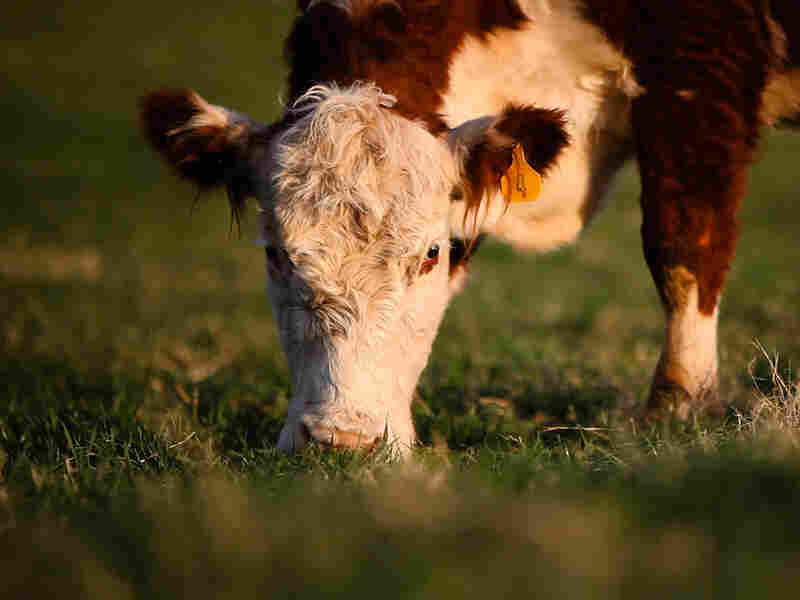 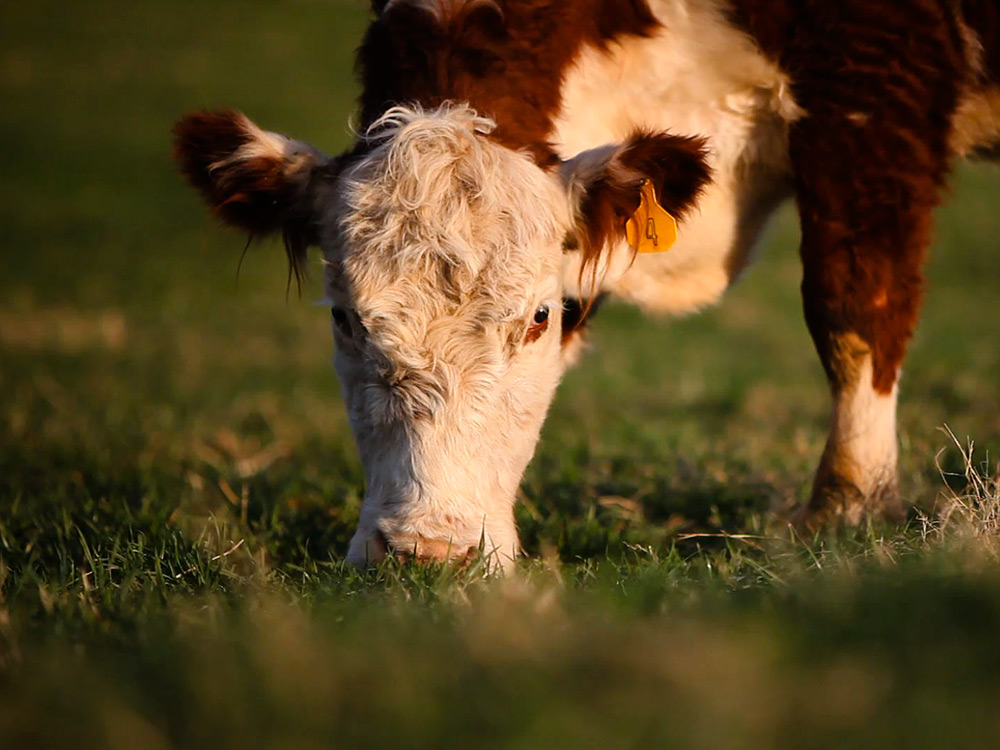 Tiny Desk Kitchen doesn't have a stove, so we used an indoor grill. In the video, we only cook the steak for three minutes, because both sides are seared at once. If you're doing this at home on a stove, follow this recipe from America's Test Kitchen:

1. Heat oil in heavy-bottomed 12-inch skillet over medium-high heat until smoking. Meanwhile, season both sides of steaks with salt and pepper. Place steaks in skillet; cook, without moving steaks, until well browned, about 2 minutes. Using tongs, flip steaks; reduce heat to medium. Cook until well browned on second side and internal temperature registers 125 degrees on instant-read thermometer for medium-rare (about 5 minutes) or 130 degrees for medium (about 6 minutes).

3. Using sharp knife, slice steak about 1/4 inch thick against grain on bias, arrange on platter or on individual plates, and spoon sauce (if using) over steak; serve immediately.