Accessibility links
Five New Orleans Brass-Band Jams William Claiborne, the first American governor of the Louisiana territory, believed New Orleans was ungovernable due to the citizenry's preoccupation with dancing. Two centuries have passed, and that much hasn't changed. Hear five songs from New Orleans' modern brass-band tradition that are bound to make you move. 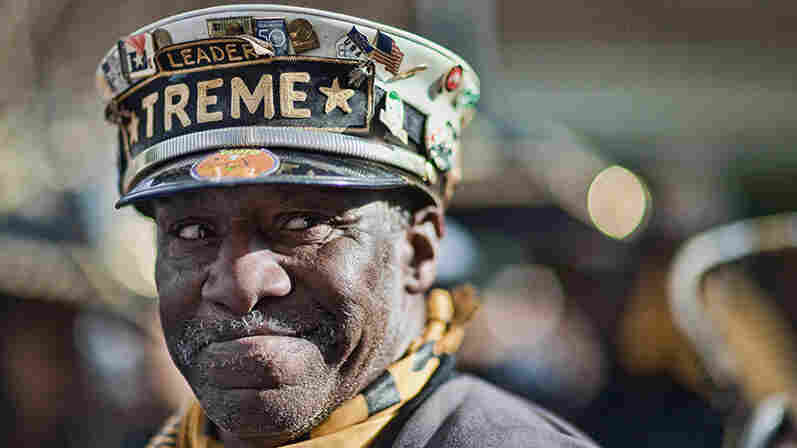 Drummer Benny Jones Sr. is the leader of the Treme Brass Band. He also has an awesome hat. Pompo Bresciani hide caption 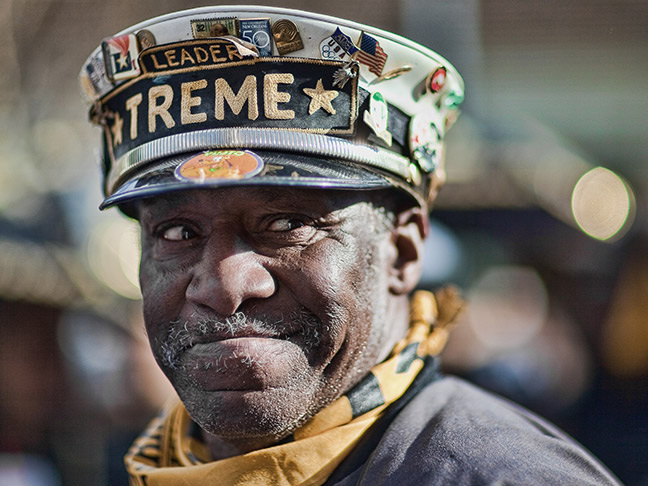 Drummer Benny Jones Sr. is the leader of the Treme Brass Band. He also has an awesome hat.

William Claiborne, the first American governor of the Louisiana territory, believed New Orleans was ungovernable due to the citizenry's preoccupation with dancing. We're talking pre-jazz here. Later in the 19th century, New Orleans musicians adapted the concept of military regiment marching bands and took them to the streets in a whole new way.

Can't get enough of New Orleans? Check out A Blog Supreme's recaps of HBO's Treme.

Sylvester Coustaut's Onward Brass Band, later led by cornet player Manny Perez, was one of the earliest signals of the benevolent jazz birther movement. The band, like its predecessor The Excelsior Brass Band, consisted of highly trained Creole musicians who played music in dance halls, on boats and in the streets. New Orleans brass-band music continued without crisis until the death of drummer Paul Barbarin in 1969. The prevailing belief was that the next generation simply wasn't interested in carrying on the tradition.

Danny Barker, a guitar griot and banjo player who played professionally with Cab Calloway, Charlie Parker and others, is widely credited with rejuvenating the brass-band legacy in his native New Orleans. Barker returned home in the mid-1960s and formed the Fairview Baptist Church Band in 1971. The young musicians who were part of that band would become the cornerstone to a whole new brass-band movement, which updated the parading rhythms to the current trends in black popular music, modern jazz bebop language and funk.

One thing certainly hasn't changed. The citizens of New Orleans remain a tad ungovernable, and they still like to dance. 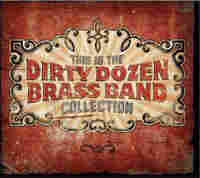 My Feet Can't Fail Me Now

The Dirty Dozen Brass Band is a direct descendant of Danny Barker's Fairview Band. The first such offshoot from Fairview was the Hurricane Brass Band, which morphed into the Tornado Brass Band. Drummer Benny Jones and members of Tornado created the Dirty Dozen Brass Band, the group that thrust New Orleans brass bands into the modern age. "My Feet Can't Fail Me Now" is everything at once — street talk, brass shouts, bebop and infectious dance rhythms. Kirk Joseph revolutionized the sousaphone sound in brass bands. Don't like this? Stop here. 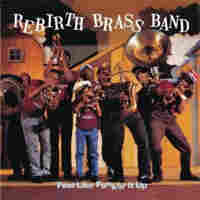 Long before trumpeter Kermit Ruffins embarked on a solo career of croon, swing and barbecue, he was the leader of the Rebirth Brass Band. Rebirth grew out of the Treme neighborhood when members of the Clark High School band formed their own brass group. Rebirth filled the local vacuum while Dirty Dozen toured the world as ambassadors of New Orleans music. They had been together nearly five years when they recorded Feel Like Funkin' It Up, a tour de force of modern New Orleans brass music. 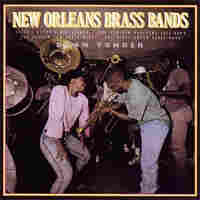 No, It Ain't My Fault

The original Olympia Brass Band was formed in the 1880s. Alto saxophonist Harold "Duke" Dejan left the Eureka Brass Band, another historic outfit, to form a newly resurrected Olympia Brass Band in 1960. Maybe you've seen it in James Bond's Live and Let Die? Olympia was a fixture at New Orleans' famous music establishment Preservation Hall. "It Ain't My Fault" is the handiwork of longtime trumpeter Milton Batiste and drummer Joseph "Smokey" Johnson. The band nicely captures the essence of Dejan's longstanding greeting: "Everything is lovely." 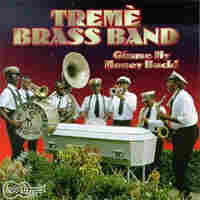 Just a Closer Walk With Thee

Drummer Benny Jones Sr. was part of the early success of the Dirty Dozen Brass Band. He later formed the Treme Brass Band, which included members of the Dirty Dozen, Rebirth Brass Band and revered bass-drum player "Uncle Lionel" Batiste. "Just a Closer Walk With Thee" is a frequent request in the brass tradition of New Orleans. It can be played as either a funeral dirge or a celebratory paean on the return from the cemetery. Here's the latter, featuring crisp sax work from Fred Kemp and Elliot "Stackman" Callier, and trumpet blasts from Kermit Ruffins and James Andrews, the older brother of Treme's newest star, Trombone Shorty. 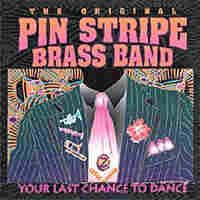 I Ate Up the Apple Tree

The Pin Stripe Brass Band formed in the late '70s, about the same time as the Dirty Dozen Brass Band. Some members were part of the Olympia Brass Band, some from the Chosen Few Brass Band, others from trumpeter Doc Paulin's Brass Band. They showed up for a performance at a Mardi Gras ball wearing pinstripe suits, thereby earning their name. Pin Stripe Brass Band has long been associated with the Zulu Social Aid and Pleasure Club, the most influential African-American carnival krewe in New Orleans. "I Ate Up the Apple Tree" is basically just about eating apples. Welcome to Eden.

Your Last Chance to Dance is available from Orleans Records.