Accessibility links
On Hubble's Anniversary, A Look Up And A Look Back For 20 years, the Hubble Space Telescope has been sending back stunning images of galaxies and nebulae to scientists on Earth. Hubble's discoveries have helped astronomers understand everything from how stars form in our own galaxy to the composition of the atmospheres of planets outside of our solar system.

On Hubble's Anniversary, A Look Up And A Look Back

On Hubble's Anniversary, A Look Up And A Look Back 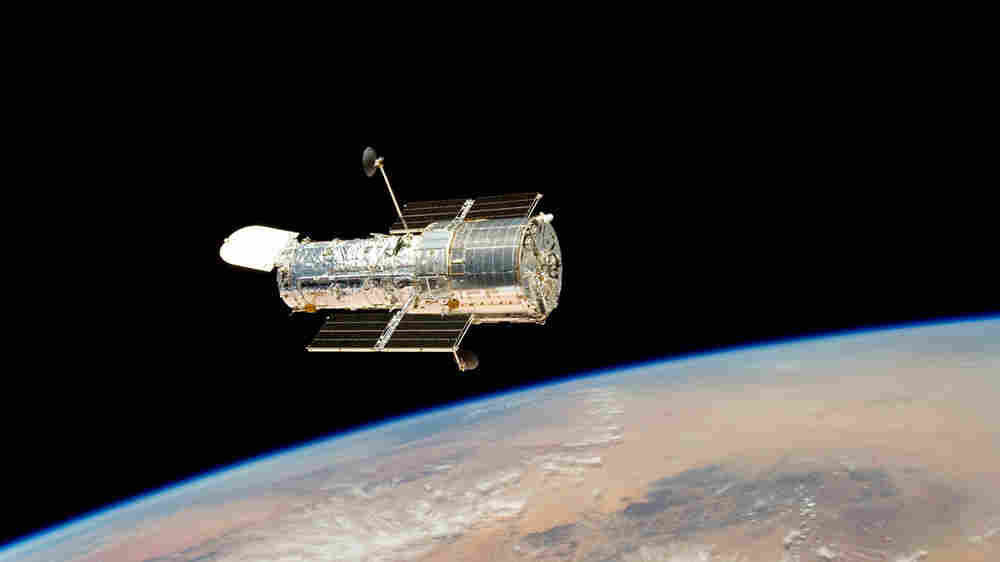 NASA celebrates the 20th anniversary of the launching of the Hubble Space Telescope on Saturday. Though it had a rocky start, Hubble has become an important tool for amateur and professional astronomers alike. NASA hide caption 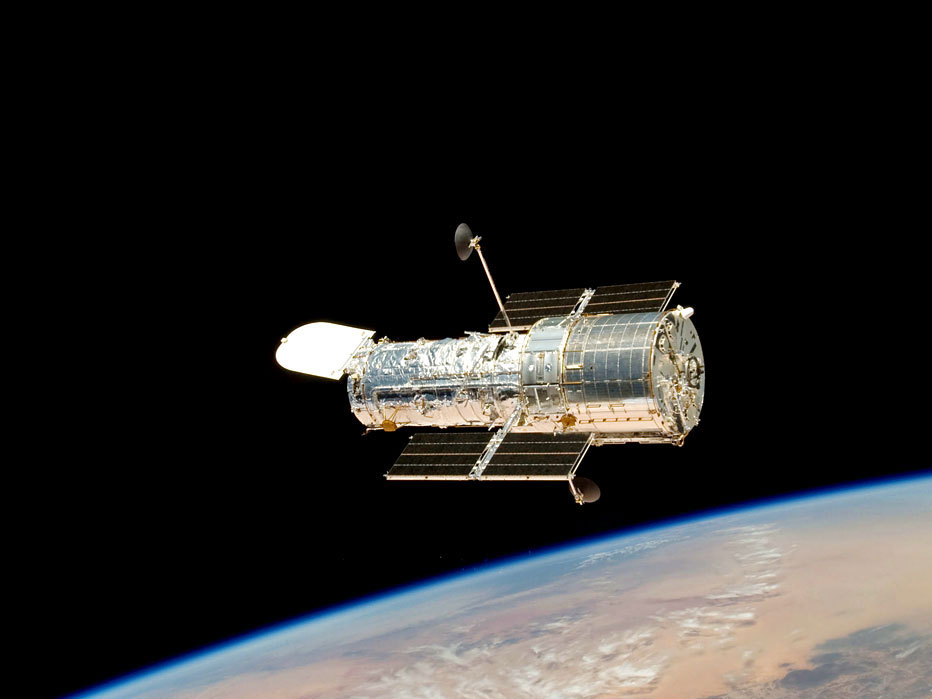 NASA celebrates the 20th anniversary of the launching of the Hubble Space Telescope on Saturday. Though it had a rocky start, Hubble has become an important tool for amateur and professional astronomers alike.

Twenty years after it first reached space, the Hubble Space Telescope still tirelessly circles the Earth, snapping images of the cosmos and continuing to fulfill its role as the beloved Comeback Kid of celestial imaging.

A Slideshow Of Hubble's Best Shots

Astronomers share their favorite Hubble pictures and explain the significance of these lasting images. 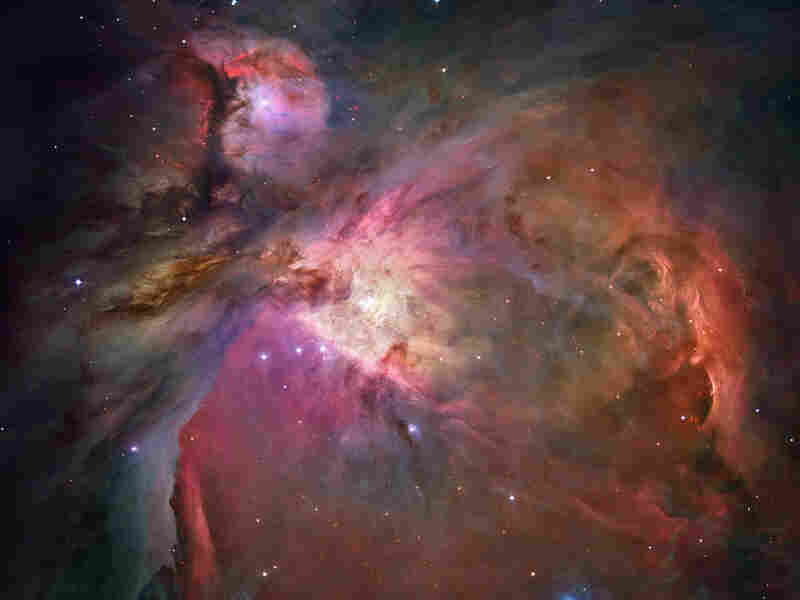 Thousands of stars forming in the cloud of gas and dust known as the Orion Nebula. NASA hide caption

"I don't think anybody thought Hubble would be around this long. It's sort of like the little engine that could," says Kevin Marvel, executive officer of the American Astronomical Society, in Washington, D.C. "It's just produced result after result after result."

The venerable telescope blasted off inside space shuttle Discovery back on April 24, 1990, and the crew of astronauts deployed the telescope the next day.

Since then, the orbiting telescope has become an object of public fascination — in part because it's repeatedly faced possible failure followed by total triumph, but mostly because of its seemingly endless production of mind-blowing snapshots of supernovae, nebulae and far-away galaxies.

In celebration of the telescope's 20 years in space, for example, NASA has released a new Hubble photo of the Carina Nebula, a region of our galaxy where stars are being born.

Such mesmerizing scenes have become a part of popular culture over the last two decades, gracing everything from textbooks to postage stamps to coffee cups.

Marvel says that people seem to truly love this telescope. "That has always floored me and I think that's really the true accomplishment of Hubble," he says. "It's managed to take discoveries and knowledge about the universe and make them relevant and important to the American people." 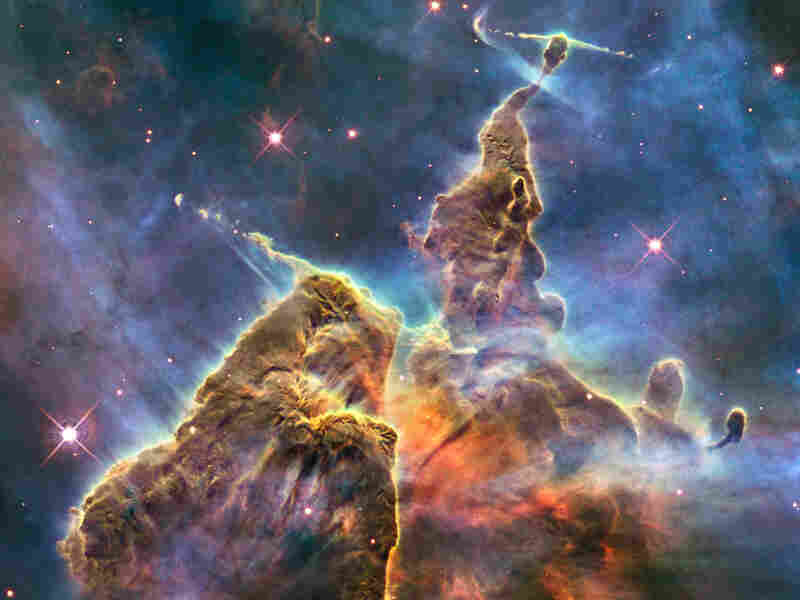 This newly released image from Hubble shows scorching radiation and fast winds from super-hot newborn stars are shaping this pillar of gas and dust. This stellar nursery is called the Carina Nebula and located 7,500 light-years away. NASA hide caption 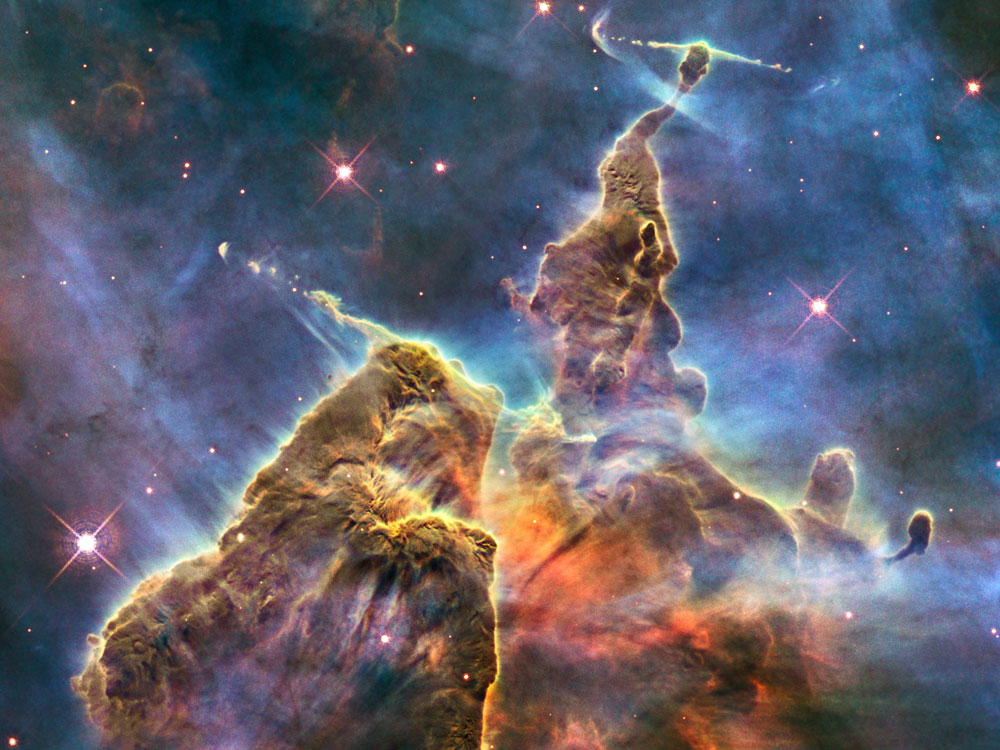 This newly released image from Hubble shows scorching radiation and fast winds from super-hot newborn stars are shaping this pillar of gas and dust. This stellar nursery is called the Carina Nebula and located 7,500 light-years away.

It wasn't always this way. Astronomers had longed for a large orbiting observatory located above the Earth's atmosphere, which can distort light. But soon after the telescope was launched, NASA realized that its main mirror had a serious flaw. All of the images came back fuzzy. This "Hubble trouble" turned the multibillion-dollar telescope into a laughingstock.

100 Times Stronger Than Its Early Days

"After the launch of Hubble we went from being a media star — everybody was anticipating the great science — to what the media called 'the great American disaster,'" NASA's head of science Ed Weiler recalled recently. "Our neighbors were walking up to us and saying, 'Gee, we really feel sorry for you.'"

"I thought that this was a disaster, to be honest, that was my first reaction," says Mario Livio, an astrophysicist at the Space Telescope Science Institute in Baltimore.

But engineers on the ground quickly modified a spare camera to compensate for the mirror's flaws. When astronauts installed that new camera, along with other modifications, in 1993, the images that came back were perfect. And Hubble's long run of science began. So far, it's observed more than 30,000 targets and has collected more than half a million pictures in its archive.

Astronauts have repaired and refurbished the telescope five times. It looked like its last servicing mission would be canceled because of concerns about the safety of the space shuttles in the wake of the Columbia disaster in 2003 — a prospect that dismayed scientists. But NASA officials reconsidered and the final servicing mission, in May of last year, made the telescope 100 times more powerful than when it was launched, according to NASA.

Hubble's discoveries over the years have helped astronomers understand everything from how stars form in our own galaxy to the composition of the atmospheres of planets outside our solar system. Its "Ultra Deep Field" image revealed the most distant objects in the universe. The telescope has also contributed to the study of dark energy and the understanding that the expansion of our universe is speeding up, says Livio.

"Hubble has touched literally on every area of astronomy and astrophysics today. It has really revolutionized astronomy," says Livio. "I would say Hubble exceeded all expectations."

The most recent repairs are expected to keep Hubble going for another five years or so. Because NASA is focused on building a successor to Hubble, the James Webb Space Telescope, no additional servicing missions are planned.

At some point, the telescope will break down. Eventually, NASA expects to deorbit it and send it crashing down over the Pacific.