Accessibility links
Jordi Savall Traces Jerusalem's History In Music Jerusalem can trace its roots back to the 4th millennium B.C. Jordi Savall has gathered an international cast of musicians to tell the city's rich history via its three main religious traditions. 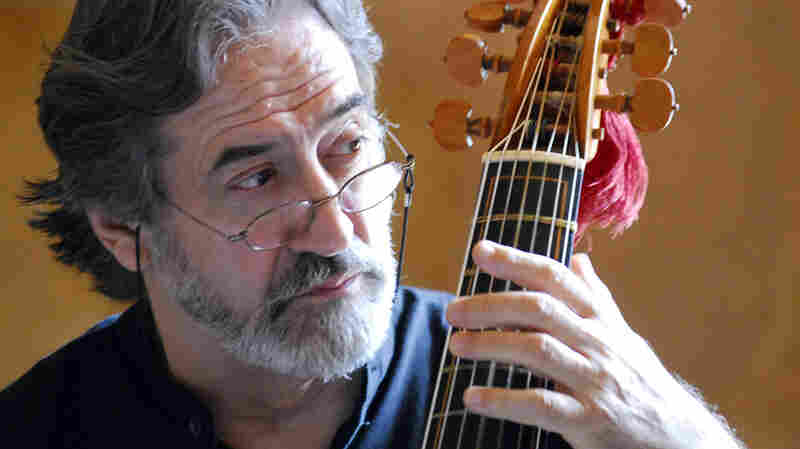 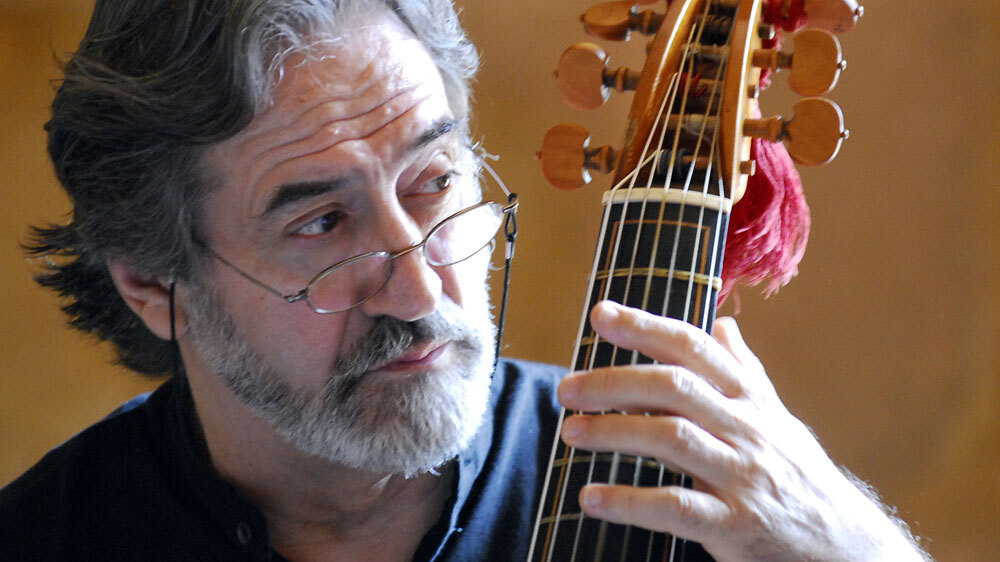 But this project is different from the work that has earned Savall acclaim for resurrecting forgotten music from the Renaissance and Baroque eras.

The Jerusalem project spans six centuries — right up to the present day — and the clash of cultures and religions that has torn the city apart.

Savall says he doesn't believe in formal religion, but that there's something about Jerusalem — endlessly destroyed and rebuilt in a quest for sacred power — that calls forth the spiritual. Even in its topography, in the rise of its stony hills.

"Jerusalem is a city that makes you feel you are very close to the heavens because the clouds, they are very close," Savall says. "The city is in a high space, and you feel in a very different situation than anywhere else in the world."

Savall has visited the holy city numerous times on tour over the course of his four-decade career. Renowned not only as a performer but also as a conductor, Savall is an expert in historical performance practice, reanimating musical traditions from the Baroque era and earlier.

His project with his wife, singer Montserrat Figueras, titled Jerusalem: City of Heavenly and Earthly Peace, presents music from the city's seven major historical periods. It starts with the Old Testament Battle of Jericho, when, legend has it, the trumpets of Joshua's army brought down the city walls. That instrument was really the Hebraic shofar, which continues to be made in exactly the same way — from a ram's horn — some 3,000 years later.

In Service Of The Living

Most early-music specialists are content to pour over treatises and debate instrumental techniques, with the goal of accurately realizing the works of past masters and performance traditions that have often been lost over the centuries. Savall, by contrast, says he sees himself in the service of the living. For the Jerusalem project, Savall presents music of Jewish, Christian and Muslim faiths side by side with members of his ensemble Hesperion XXI, the Sufi players of Al-Darwish, and musicians from 14 countries across Europe and the Middle East. It was inspired by more than the notion that music can transcend politics.

"When we go back to medieval times," Savall says, "then we see how the music from these cultures [is] similar. Until the Occident invented the polyphonical music, the harmonies, which is around 1400, the language from Orient and Occident is very similar."

Through the Psalms of David, ballads from the Crusades and Ottoman marches, Savall's project illustrates the commonalities — and differences — of the faiths of Abraham as strands in a complex braid.

Karen Armstrong, a religious historian and author of Jerusalem: One City, Three Faiths, says she's looking forward to Savall's concert, because music is being used so creatively in the midst of the current Arab-Israeli conflict. She says that every faith has its sacred geography.

"We feel that life wasn't meant to be so fragmented and torn and tragic," she says. "And each culture has developed a myth of the lost paradise at the beginning of time — the Garden of Eden where human beings, gods and animals lived without a huge gulf between them, without enmity. And the holy place in Jerusalem has always been an attempt to return imaginatively through ritual to in Hebrew what is called shalom, which is often translated as peace, but really means a sense of wholeness and completeness."

For Savall, the Jerusalem project embodies the great difficulties of living together. Its realization made it part of real life, not an artistic oasis from religious politics.

"Sometimes we ask an Egyptian, a very good musician, to come to play with us," Savall says. "We discuss about money, about dates. And finally he asks me, 'But what are the musicians that play here?' Well, they are Armenian, they are Ottoman Turk, Spanish and Israelis. 'Oh. If there are Israelis I cannot come. Because I am living 100 kilometers from where people are killed by bombs, and my people will not understand that I make music with them.' I respect this. It is this program reflected in all the conflicts we have today in this area."

At the end of Savall's performances, musicians together intone a plea for peace based on a melody known across the Mediterranean, in Greek, Arabic, Hebrew, Armenian and Ladino.

"When you put people together — Palestinians, Israelis, Iraq, Morocco — they enjoy the music together," he says. "They sing songs, and they are so happy together. My reflection is, 'Why do we have such difficulty in reality?' We never give enough space to these aspects of the culture. We can share. We can be together."

If people can be together for two hours, making music together and realizing peace in a small place like a concert hall, Savall says, we should also be able to achieve this in a big place. All we have to do is allow people to be human together away from strife.

The Heavenly Peace: The Prophecy of the Apocalypse and of the Last

The Earthly Peace: A Hope and a Duty

Final Fanfare of Jerico, Against the Barriers of the Spirit (Savall)