Accessibility links
Enrico Caruso, And Confessions Of An Operaholic An NPR Music producer recalls how a single singer from a bygone day triggered his love of opera. Once he heard the warmth and power of tenor Enrico Caruso's voice, he had to hear more. 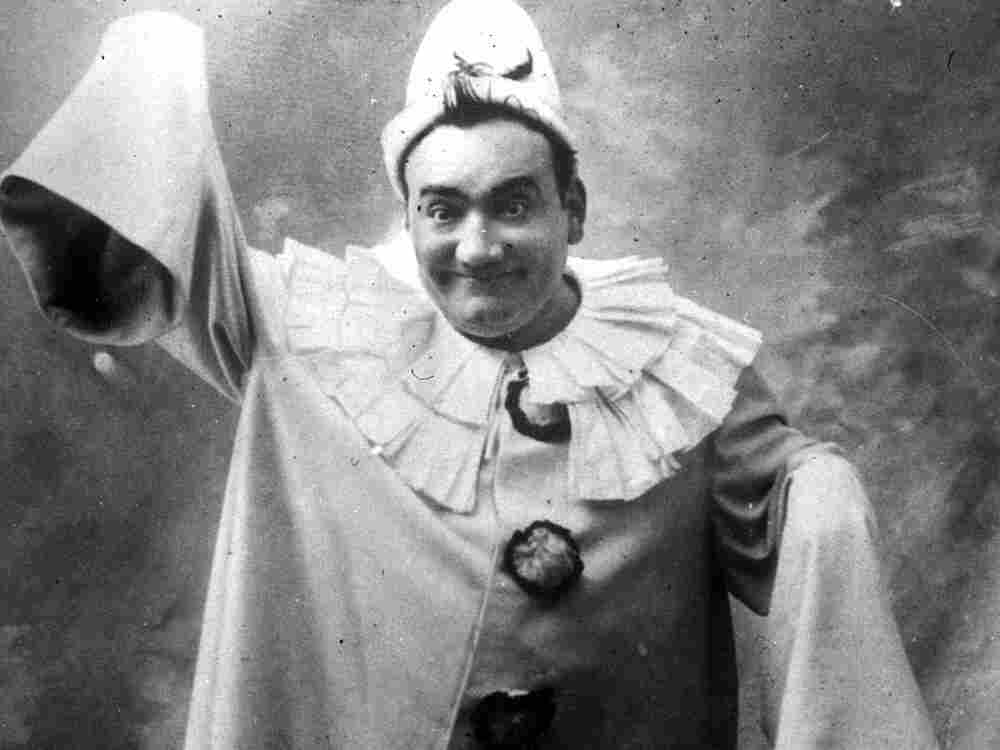 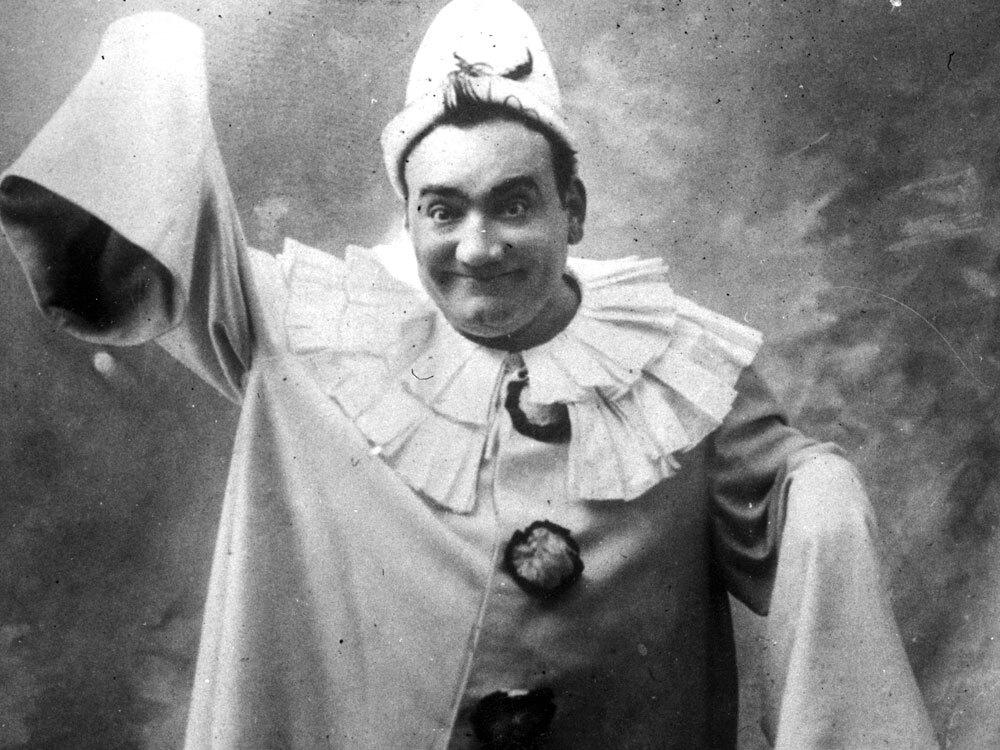 Tenor Enrico Caruso (circa 1910) as Pagliacci.

People often ask me, "How did you get into opera?" and I always tell them the same thing. I got bitten by the opera bug because of one voice: Enrico Caruso.

In college, every textbook I read defined Caruso as the ultimate opera singer. So I bought a dog-eared Caruso LP for two bucks in a used record shop, brought it back to my apartment, slapped it on the turntable and was dumbfounded. It was like a jolt of electricity to hear the human voice sound like that, even through the hiss of Caruso's 1907 recording, in which he'd sung into a metal horn.

So much power, yet so smooth and warm. How did he do it? How did singing like that propel a poor kid from Naples, Italy, to the highest peaks of music? For more on Caruso, I recently decided to call up the grand arbiter of all things operatic: John Steane.

John Steane And Me

Steane is the guy who wrote The Grand Tradition: 70 Years of Singing on Record. It's a bible for us opera geeks. As it turns out, Steane's first foray into opera mirrored my own. Many years ago, as a 9-year-old, he spent an afternoon at a friend of his aunt's. Nothing to do but rummage through the phonograph records — double-sided 78s. The titles looked pretty boring at first.

"But there was this one record, with a bright-red label," Steane says. "I knew the name; I knew it was supposed to be good. I put it on, and my goodness. [It] was so exciting. I owe so much to that particular afternoon. I was hooked. Hooked for life."

Caruso hooked Steane and me, so we had our own little listening party — I was in Washington, D.C., and he was in Coventry, England. We listened to one of John's favorites, the aria "Io non ho che una povera stanzetta" from La Boheme. Not Puccini's La Boheme, but Ruggiero Leoncavallo's.

"I love those portamenti, that little caress," Steane said as the hazy 1911 recording shot across the phone lines. "Modern singers are taught, 'You must be clean; you must go cleanly from one note to another.' And yet it isn't a matter of cleanness; it's a matter of affection. And there's so much affection here."

That kind of affection and style is exactly what Marcello Giordani aims for. He's one of today's top Italian tenors, singing in all the big houses: La Scala, the Met, Covent Garden. And though Caruso has been dead for almost 90 years, his voice still haunts Giordani.

"Well, I feel, really, miles and miles far away of his technique," Giordani says, "because it's power, color, timbre, everything in one, that unfortunately I couldn't have in the same way as Caruso has."

Giordani and I listened to Caruso's records, too. We luxuriated in the slow tempo and warm glow of his brilliant 1904 recording of "Una furtiva lagrima," from Donizetti's L'elisir d'amore.

"His breath support was impeccable," Giordani says. "And he shaped his lines with such emphasis on the right words. [It was] incredibly powerful, with a velvet quality, a nostalgic quality that made some people call it 'the voice with a tear.' "

Caruso didn't always have that "tear" in his voice. He was born in 1873, in Naples, to a lower-class family. There was nothing special about his upbringing except that he sang, constantly, even as a young boy. After some initial training, he dreamed of a singing career. Little by little, Caruso got better and better, singing in bigger houses, until around 1900, when no one could match his unique combination of power and warm, golden tones. Caruso's career peaked as the gramophone industry blossomed. And his voice rang out surprisingly clearly on the primitive equipment.

The Tiny Opera Stage In My Head

Just like John Steane, once I heard Caruso, I was starved for more. And over the years, I've fallen in — and occasionally out — of love with hundreds of singers from all eras. From Rosa Ponselle to Renee Fleming; from Beniamino Gigli to Ben Heppner. But Caruso has never bowed out from that tiny opera stage in my head.

Caruso was a mega-star in his day, but what does that mean these days? I took an informal survey around the office, and only about two out of 20 people said Caruso's name even rang a bell.

That bothers people like John Steane. You'd think the fact that all of Caruso's recordings are still in print would mean something.

If I had my way, people would be listening. They would take more notice of Caruso's soaring, golden voice. After all, it's the reason I wanted to tell this story.