Accessibility links
The Grascals On Mountain Stage The bluegrass stars sing with pristine vocal harmonies and perform with tons of energy. On its Mountain Stage debut, the group plays songs from The Famous Lefty Flynn's, plus bluegrass standards and a few surprising covers.

Listen Now: The Grascals In Concert

The Grascals On Mountain Stage

Listen Now: The Grascals In Concert 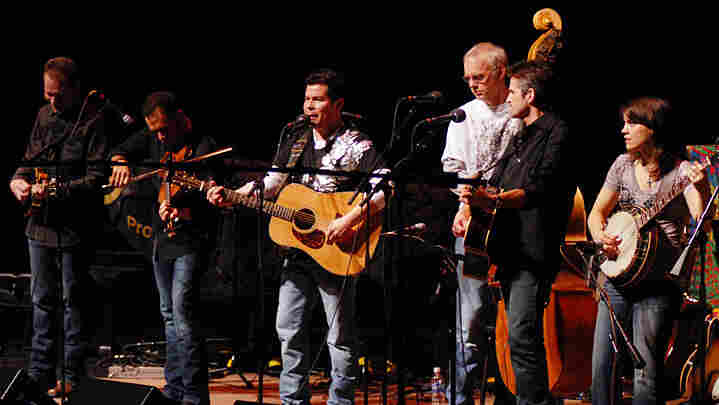 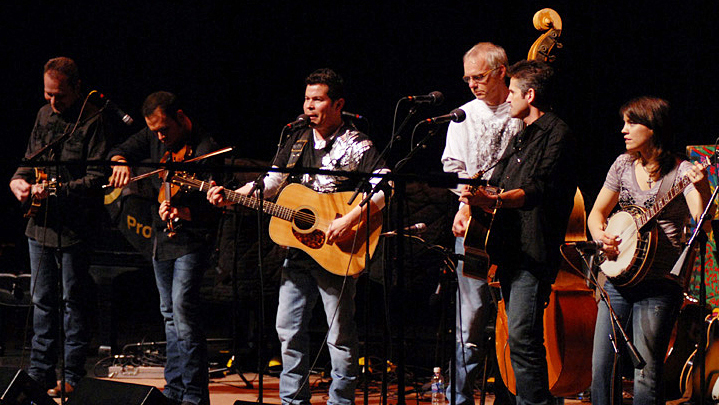 The Grascals performed on Mountain Stage.

With pristine vocal harmonies and tons of energy, the bluegrass all-stars in The Grascals make their first appearance on Mountain Stage, playing songs from their latest record The Famous Lefty Flynn's. The group also puts its stylistic imprint on standard bluegrass fare ("Sally Goodin' ") and some surprising cover choices ("Last Train to Clarksville," "Only Daddy"). As of late, the band has been opening shows for Hank Williams Jr., so it took the opportunity on this night away from that tour to include a medley of some of Bocephus' best-known tunes.