Accessibility links
The End Of 'Lost': The Ambitious Drama Comes To A Close After Six Seasons We spend some time considering that Lost finale. Did it work? Did it make any sense? Did it answer very many questions? And what was that ending all about?

The End Of 'Lost': The Ambitious Drama Comes To A Close After Six Seasons

The End Of 'Lost': The Ambitious Drama Comes To A Close After Six Seasons 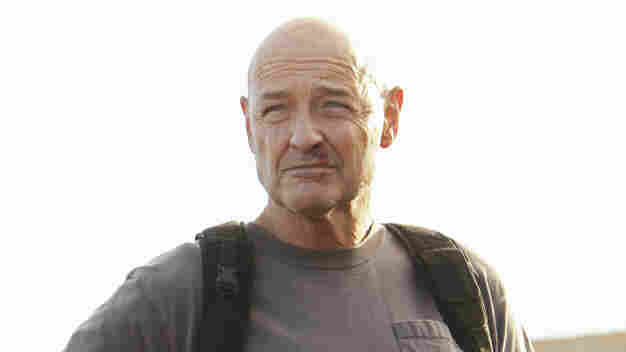 John Locke (Terry O'Quinn) had his final chapter written last night, along with the rest of the characters on Lost. Mario Perez/ABC hide caption

After six seasons, Lost completed its run with an episode that's likely to be just as polarizing as much of the show's run, and especially its recent exploration of its mythology, has been.

(Obviously, we're going to talk about the events of the finale here, so if you don't want to read about it, please stop here.)

Anyone who was looking for a significant information dump from the two-and-a-half-hour Lost finale walked away disappointed. Aside from an update on the whereabouts of Rose, Bernard, and Vincent (alive and well and living in the jungle), we learned almost no new information. This was not the episode where someone was going to sit down and explain why Walt was special, or why women couldn't give birth, or why there were Egyptian symbols in the hatch. It wasn't that kind of finale.

Instead, it followed the two stories of the two universes the show's been playing with since the beginning of the season. In the island world, Jack -- who last week took over the role of protector of the island -- went into battle with the smoke monster currently inhabiting John Locke's body. In the sideways world (where the plane never crashed), the characters gradually began to regain their memories of the island with a nudge from Desmond.

Much of that sideways-world story was about allowing people to see each other who hadn't in quite some time. In fact, it took this episode to drive home just how much of Lost has been about separating people from the people they loved -- it came through in the sheer number of scenes in which people were reunited. Sawyer and Juliet; Charlotte and Daniel; Claire, Charlie and Aaron; Shannon and Sayid; Jack and his father; Ben and Locke ... even Jin and Sun, who were together but not as their real selves, exactly.

Some of those reunions were, mysteries and unanswered questions aside, enormously effective. Seeing Charlie, who died in one of the series' most devastating sequences, reunited with Claire and Aaron gave those characters peace and closure that a more information-heavy finale probably wouldn't have.

On the other side of the coin, things did get thickly corny at times -- even if you liked it, you could understandably have found it thickly corny -- back on the island. When Desmond went spelunking in the cave where the light that gives the island its power originated, and he went wading into the electromagnetic pool, and the sparkles floated up around him ... it's just not possible to visually translate The Light That Is The Goodness Of Man (or what have you) in a way that doesn't seem just a little goofy.

Ultimately, the series overall couldn't possibly hold up to close scrutiny down to the last detail or even the tenth-to-last (it was doomed in this regard, as we've previously noted), but the emotion the finale needed was there, and there were certainly scenes that paid off previous storytelling promises.

When Juliet and Sawyer remembered each other, she asked him out for coffee and said, "We could go Dutch." She had already been in this moment, in her semi-conscious state when she was dying back in the season premiere, and seeing them relive it seemed both miraculous and enormously sad. There was amusement, too: To Jin and Sun, the idea of Sawyer as a police officer (at a time when they had figured out they were in an alternate universe and he hadn't) was pretty entertaining.

But in the end, the episode took the series full circle, and just as the pilot was largely focused on Jack's arrival on the island, the finale eventually became about Jack's sacrifice, which has seemed like an inevitability for quite some time. After being stabbed during his ultimately successful battle with Smokey/Locke, Jack made his way down into the cave to restore order to the universe so that the island would be saved, and -- if Jacob's "cork in the bottle" theory can be believed and the island keeps all the world's evil from overflowing -- so that mankind would be saved. And when that was over, he wandered alone into the bamboo forest and died on the spot where he woke up almost six years ago.

As a side note, another thing that could arguably be considered new information from this episode is that in the end, the island's power being shut off was a necessary step toward being able to kill Smokey. It was only after Desmond shut the light off that Jack was able to inflict any kind of injury.

The fates of those who were still alive in island world varied considerably: Sawyer and Kate, along with Claire, Miles, Frank, and (surprisingly) Richard Alpert, seemingly escaped the island on the Ajira plane. Hurley became the new island protector after Jack died, with Ben as his number two.

And then ... there was that ending. And the ending -- the last ten minutes -- is likely to overshadow everything that came before, which is too bad.

The larger question is what that sideways world was, exactly, and what the church was. Heaven? Not in the tradtional sense, if Sun was shot and so forth. What's the significance of actually entering the church, rather than just being in the sideways world? Ben, after all, said he wasn't ready.

Was the sideways world heaven? Was it only Jack Shephard's heaven, and the rest of them have heavens of their own? His father -- whose name is Christian Shephard, of course, in case you're looking for not-subtle clues -- told Jack that the world he was in didn't really have a timeline, so while everyone's dead, it's possible to be with people who die both before you and long after you.

There are certain song lyrics that are much more effective if you try to absorb the impression that they give without trying to break them down too literally, and this finale may wind up being like that.

Trying to parse the literal specifics of what the sideways world was is never going to be entirely satisfying, but the final scene, in which everyone was reunited, made perfect sense from an emotional and character standpoint. The joy and relief that Jack felt in having the opportunity to offer forgiveness and receive forgiveness; to hug Boone, whom he couldn't save; to greet the happier, untwisted John Locke that should have been, whom Jack never really got to meet; to be lifted off his feet by Hurley one more time. It seems strange to say "It felt like what it really would have been like if these people had been able to see each other after they all died," but it did.

The show, in the end, died as it lived: by offering effective character studies out of murky logistics. No, it's not clear exactly how the sideways world worked, exactly, but it's not for nothing that many religious traditions provide for some opportunity to see people again after death. There is emotional heft to the idea that after all your struggles and battles and mistakes, you will have the opportunity to give and receive love and to gain perspective on what you've experienced. And while there have certainly been missteps in the final season (and in previous seasons) and not everything worked in the finale, that last sequence in the church is based on a very old and widely honored idea of grace in death.

Many people hated it instantly, there is no question. It was always going to be so. But whatever unanswered questions remain about statues and symbols and food drops, those last couple of hours treated the characters very, very well.