Accessibility links
The Rocky Balboa Metal Montage Workout When you need to pack in weeks worth of struggle and triumph at the gym, you need a montage sequence — and nobody knows the power of the montage sequence better than Rocky Balboa. There's no better soundtrack to punching slabs of meat than fist-pumping heavy metal.

When you need to pack in weeks or even months worth of struggle, heartache and triumph at the gym, you need a montage sequence — and nobody knows the power of the montage sequence better than Rocky Balboa. His pain is our pain through clever editing, Mickey Goldmill's wrinkled mug and, oh yes, that theme song.

Now, this isn't to suggest that Bill Conti's brass-led symphonic disco hit isn't right for Rocky, or that "Eye of the Tiger" isn't the motivating-est song ever played over a string of Rocky's defeats by Clubber Lang (a.k.a. Mr. T). In fact, I want to punch a slab of meat — or at least a block of industrial-strength tofu — just thinking about them.

But there are other forms of empowering and anthemic music to soundtrack the workout montage in your mind. Most notably, there's heavy metal — or, to be specific, heavy metal from the golden era of the 1980s. It's when mullets reigned supreme, there were no fewer than three guitar solos per song, and the rhythm's jogging pace lent itself to pumping fists as much as pumping iron. Suggestion: Turn down the volume on the Rocky montage on this page (or any other Rocky montage) and let any of these five workout anthems soundtrack Balboa's path (or, better yet, your path) to the steps of the Philadelphia Museum of Art. 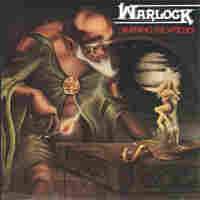 No warm-up. Warlock doesn't waste a second to whip you into shape. (Okay, fine, you really should stretch first. I'll wait.) While the German band never quite received the same accolades in the U.S. as Scorpions, those arena-rockers had nothing on kick-ass Warlock lead singer Doro. Think of Doro as your much more attractive, blonde-bombshelled Mickey Goldmill. Her pipes wail like the demons that enter the very carbohydrate witches you wish to burn. 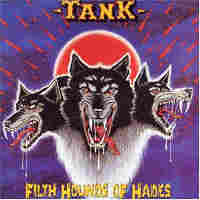 It's still early in your training, and you're a ragged dog hobbling along the running trail. Tank not only tells you to "run like hell," but it sounds like hell, too. Torn from the same punked-up cloth as Motorhead, Tank's Filth Hounds of Hades is as dirty and lowdown as it sounds, but how would you feel after drinking raw eggs, chasing chickens (yes, Rocky does this in II) and running several miles in this outfit? 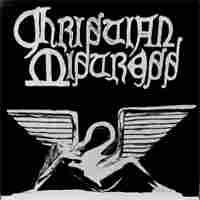 With twin lead guitars and a raspy female vocalist, Christian Mistress unleashed a faithful genre exercise on its debut 7" from 2009. "Mother of Mercy" is so true to the style, you'd swear fingerless gloves were employed in those guitar solos. The band and vocalist Christine Davis could almost be dead ringers for our German witch hunters in Warlock, but there's a bit more punk snarl to this A-side. After a few sets of one-handed push-ups, you'll cry "Mother of Mercy," too, and beg for the B-side.

The "Mother of Mercy" 7" is available from Nasjonal Records.

We'll overlook Manowar's patriotic pride for the British countryside for now (USA! USA!), but the power-metal band does make a good point to "conquer every shore" on its 1982 debut, Battle Hymns. Outside the ring, Rocky is prone to political and economic commentary -- natural for a guy who not only exercises his body, but also flexes his heart. After defeating Ivan Drago (boo, communist 'roid rage!) in Rocky IV, the Italian Stallion's speech to the Russians reminds us that it's better for two guys to beat on each other than 20 million. That's not what Manowar meant at all, but at least you'll feel epic after some serious conditioning. 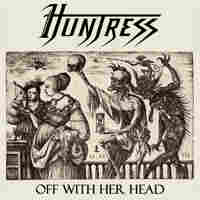 Nothing about Huntress really shouts "Philly." Rocky's hometown is gritty and rundown, but it works hard. Huntress is a brand-new five-piece from L.A. -- a city full of glamour and polish, but that also works hard in its own way. The surprise here is that former cabaret singer and Playboy model Tuesdae didn't go full-on rock star for her first band; instead, she grabbed the members of retro-metal group Professor. The result is a bit thrashier than the chugging rhythms heard elsewhere in this metal montage, but Tuesdae wails like the harpy King Diamond wishes he could be. Her sharp delivery is punctuated by the quick jabs of the band -- much like the jabs you'll feel in the ring. Now you're ready to do battle.

Download the Off With Her Head EP for free at Bandcamp.