Accessibility links
The Most Dangerous Desk Jobs In Washington Leading a federal agency can be a dicey proposition: You may be just one crisis away from getting the ax. Just ask Elizabeth Birnbaum, who was forced to resign as Minerals Management Service director in the wake of the Gulf Coast oil spill. Following Birnbaum's ouster, we look at a few other lesser-known jobs that could potentially land an official in hot water. 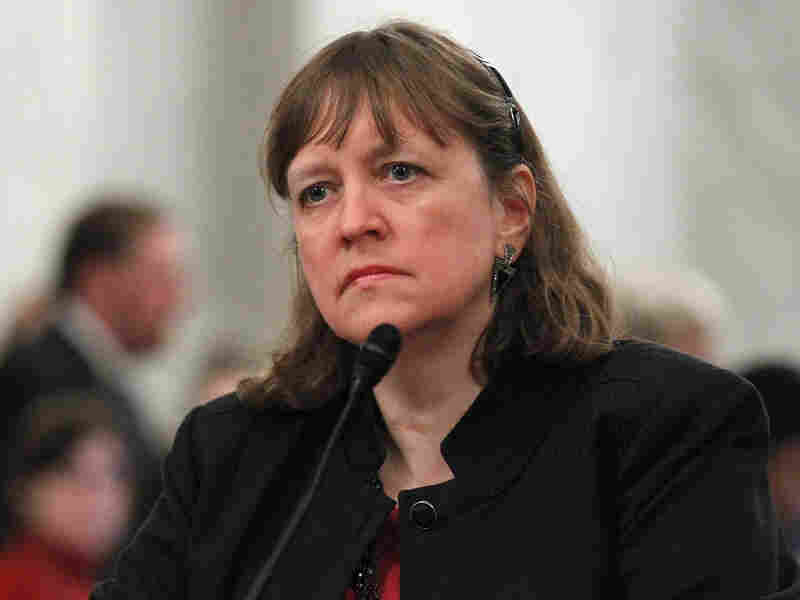 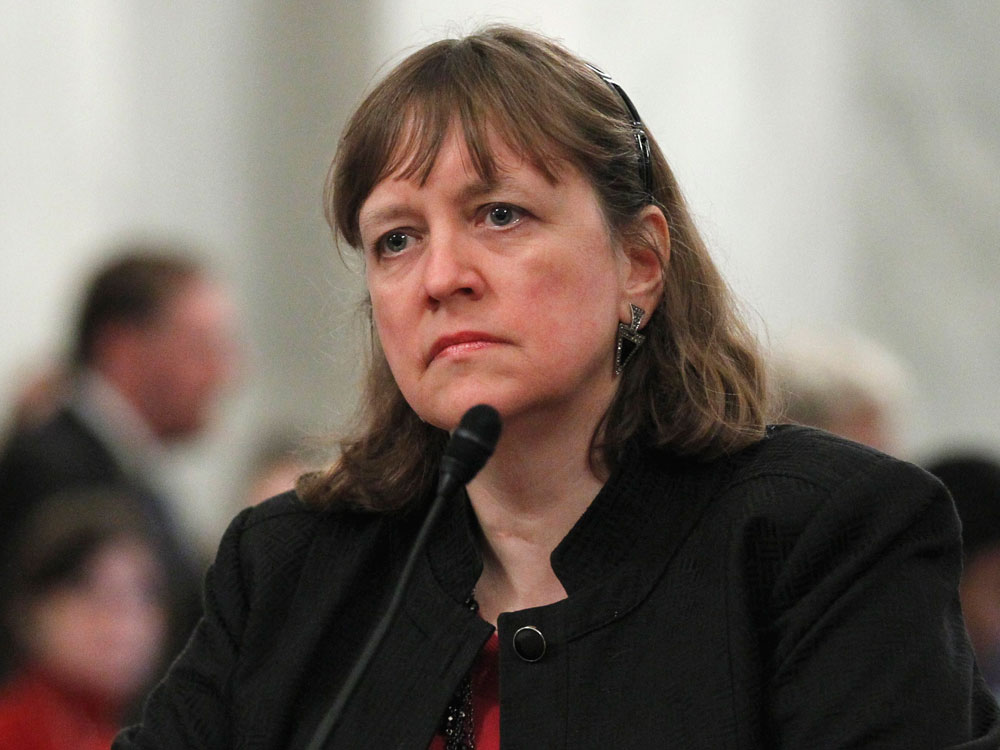 Elizabeth Birnbaum, formerly the director of the Minerals Management Service, appeared May 18 on Capitol Hill.

Leading a federal agency can be a dicey proposition: You may be just one crisis away from getting the ax, even if you have a low profile. There are loads of agencies that carry out major missions but typically fly under the radar — until they find themselves in an unwelcome spotlight because of a natural disaster, say, or an unflattering report.

Last week, Elizabeth Birnbaum, director of the Minerals Management Service, became the latest in a long line of federal officials made to walk the plank after things went wrong on their watch.

Birnbaum was forced to resign in the wake of the Gulf oil spill. Last year, the top enforcement officer at the Securities and Exchange Commission stepped down after it became clear the agency had blown its chances to stop Bernard Madoff's multibillion dollar fraud. And, perhaps most famously, Michael Brown resigned as head of the Federal Emergency Management Agency following Hurricane Katrina — and just a couple of weeks after President George W. Bush praised him for "doing a heckuva job."

Presidents sometimes "need to send a signal that that isn't the way they do business, and somebody has to take the fall," says David B. Thornburgh, executive director of the Fels Institute of Government at the University of Pennsylvania. The "most interesting question," Thornburgh suggests, is whether you "can actually predict who might be next on that hot seat."

We can't. As Thornburgh notes, three months ago, mighty few people could describe what the Minerals Management Service did, say who its director was or predict the set of circumstances under which she would have to resign.

But it's worth taking a look at a few of the little-known government officials who might feel the heat under the right (or wrong) set of circumstances.

(Just to be clear: NPR does not expect that anything unusually bad will happen within the purview of any of these government agencies in the foreseeable future. And, if something were to go wrong, we aren't suggesting they wouldn't be up to the task at hand.)